Pupils cheering after receiving new schoolbags, shoes and uniforms from YWP in its ‘Back to School’ programme which sponsors school necessities for over 20,000 underprivileged students yearly.

FEDERAL Territory Foundation (YWP), which is mired in controversy presently, estimates it will be another three to five years before its land development ventures end.

Federal Territories Minister Khalid Abdul Samad, who is also YWP chairman, said in view of issues raised over sensitivity and conflict of interest, the ministry’s welfare arm took the decision to drop land deals part of its business.

“YWP ventured into land development in 2011, and it is currently the biggest contributor to our funds.

“Despite that being the case, we have decided to step back and look at other business opportunities. After all, there is not much land left anyway.

“There are 12 parcels of land in YWP’s possession, which were all transferred to the foundation before I was appointed as Federal Territories Minister. Khalid: “YWP is needed, especially to help the B40 group.” — AZLINA ABDULLAH/The Star

“Two of them were bought from Kuala Lumpur City Hall (DBKL) at market rate and the rest were obtained through alienation process by the Federal Land Commissioner.”

He said DBKL had land but the local authority could not develop it on their own because they could not apply for a development order (DO) as only a developer could do so.

“DBKL can sell their land to a private company or get into a joint venture.

“The private company buys and develops the land, so the profit goes to the company.

“But if DBKL sells to YWP and the latter develops it through a joint venture, at least 50% of the profit goes to charity, ” he highlighted.

He reiterated that he inherited the problem with the land deals.

“When I took over the seat, I inherited everything. YWP got the land with the mixed development status.” Khalid said YWP had been operating since 1986 but the foundation’s every action was only now questioned after the controversy over Taman Rimba Kiara.

He said the long overdue relocation of Bukit Kiara longhouse residents in Taman Tun Dr Ismail was the responsibility of the Federal Government.

“The Federal Government took over the rubber estate and relocated the residents to the longhouses temporarily for development. The residents were promised permanent homes.

“The government wants to fulfil its responsibility. Ten hectares of Taman Rimba Kiara were subdivided into 5.2ha for open area and 4.8ha for mixed development. The 4.8ha was alienated and sold to YWP for the purpose of settling the longhouse issue.

“YWP called for tender and from the few developers that submitted proposals, Memang Perkasa offered the best deal and was chosen.

“The conflict of interest issue arose when Memang Perkasa applied for the DO. 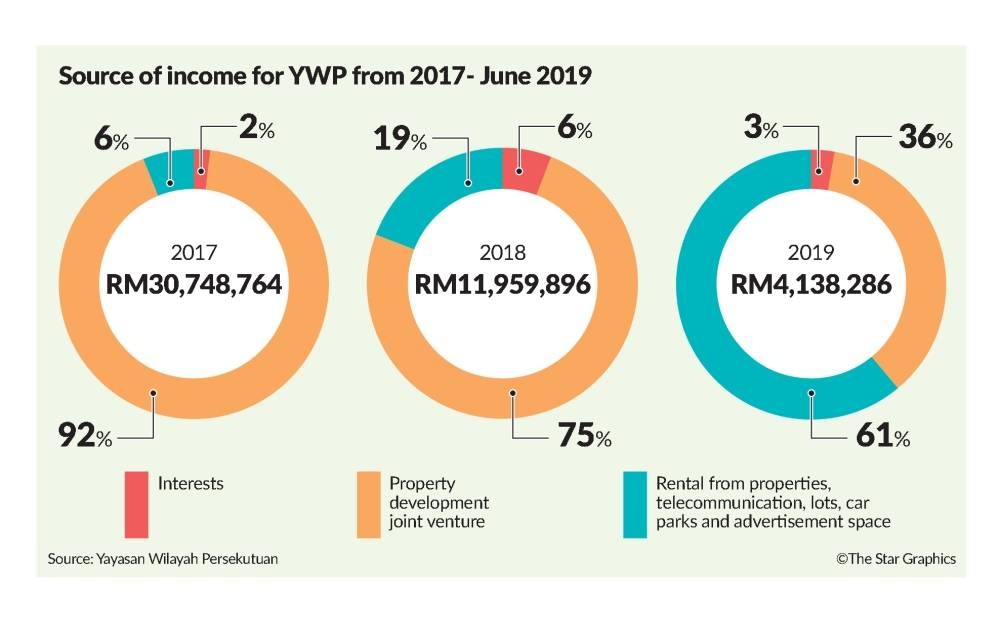 “Some are calling for the DO to be cancelled. If I cancel the DO, DBKL has to pay the developer. The money paid to purchase the land, which was about RM80mil, was paid to the Federal Land Commissioner.

“If DBKL were to cancel the DO, DBKL will have to pay for something it did not receive.”

He also stressed that the problem of permanent housing for the longhouse residents would be prolonged if this DO was cancelled.

“It is estimated that DBKL will have to pay RM150mil to the developer if the DO is cancelled, and there will be no progress on the longhouse residents’ problem.”

He, however, agreed that the approved project was originally too dense and it had been scaled down by half.

He added that his stand was in line with the government’s on honouring contracts. 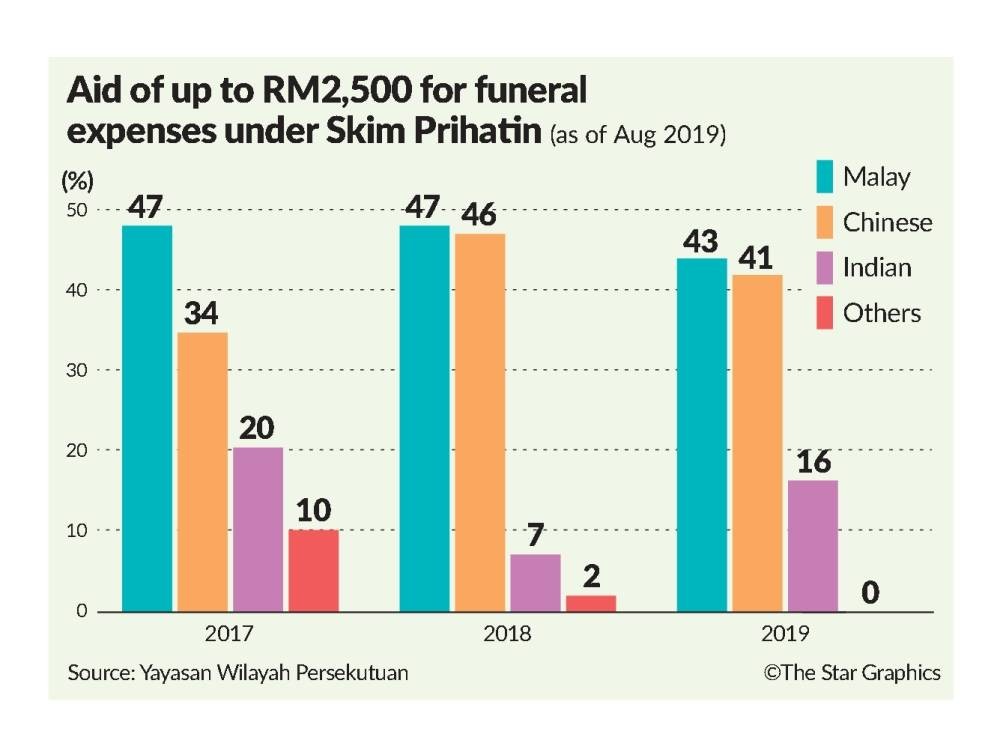 The DO is issued by DBKL which is headed by the Kuala Lumpur mayor who reports to the Federal Territories Minister.

“Both of us sit on the YWP board, ” Khalid acknowledged.

He pointed out that the situation was not exclusive to YWP, citing Selangor Foundation, Mentri Besar Incorporated and Selangor State Development Corporation as examples.

“It is unfair to pick out YWP alone. State-run foundations are aplenty and commonly headed by the head of state.

“If government should not run business, all government-linked companies (GLCs) should close. That is too extreme.

“There is merit if the argument is that a politician must not be in charge of GLCs, but what if the politician is capable and competent, and appointed because of his skills?” he questioned. Khalid said YWP had increased its transparency to prove its relevance.

“In the past, YWP’s welfare programmes were conducted through Umno branch leaders, but with the new administration, all programmes are done through the MPs.

“YWP, which has never called a press conference before, is now doing so. We are trying to increase transparency to ensure that the foundation and its funds are not being misused for other objectives, ” he said.

“As per our charter, we must source for funds either through donations or business to fulfil our charitable obligations.

“For education, YWP gives aid in the form of scholarships, food and uniforms to students from birth up to university levels.

“Most recently, in July, we donated RM1mil to 26 tahfiz schools, 20 private Islamic schools and RM500,000 to four Chinese independent schools. These are private schools that are trying to fulfil their social functions for 21,454 students, ” said Zaizalnizam. YWP’s mobile unit conducting free eye checks at schools in Labuan, Sabah, and sponsored 3,000 spectacles for those in need.

“Similar efforts are also run by other state governments, for example Selangor.

“We also have a rent-to-own low-cost flats scheme, that allows current tenants of public housing (PPR and PA) to purchase their rented units from DBKL. Our housing scheme is very helpful, especially to those who cannot get bank loans, ” he added.

“YWP will buy the house from DBKL first and the rental paid by tenants will be used to service their loan. Eventually, the beneficiaries will be able to own their unit once the loan is settled, ” he said, adding that more than 6,000 people had benefitted from this scheme.

Zaizalnizam said the foundation had also collaborated with government agencies, companies and non-governmental organisations in holding skills training workshops to help the poor earn an income.

“In the social sector, we plan to build eight more ‘Mini Terminal Sejahtera’ (Mints) for students from PPR flats to do revision.”Mints is a joint-venture programme between YWP and DBKL to provide the PPR community with a space that facilitates learning and education development for all ages.

“This smart partnership commenced in 2013, in which DBKL builds infrastructure in selected PPRs and YWP manages the space as well as provides related facilities and maintenance services, ” said Zaizalnizam.

“The aim is to ensure that Mints delivers a safe, effective and conducive environment for children in PPR flats to do their schoolwork and daily revision.”

For this purpose, he said YWP had set up reading facilities equipped with tables, chairs, whiteboards, air-conditioning, closed-circuit television cameras and a mini library which stocked textbooks and educational journals. In addition, various special education programmes are being implemented. The Mints space in PPR Desa Tun Razak buzzing with a community activity.

“Mints is also used by other non-profit organisations to conduct community programmes such as awareness campaigns, Quran classes and other local programmes involving PPR residents associations.

“Our idea is to have one terminal for each constituency and at present there are only four. These terminals can also be used to conduct creative classes such as arts, music and theatre, ” he added.

“The foundation donates up to RM2,500 to the poor, regardless of race, for funeral expenses per death.

“A total of 3,685 next-of-kin have received this disbursement.” Children from PPR Kampung Baru Air Panas paying attention to the facilitator at a workshop organised by YWP at its Mints.

He added, “Besides all the long-term charitable commitment, YWP’s money is also used to support community festive gatherings and computer classes.”

Khalid said YWP was needed, especially to help the B40 group.

“Local authorities have limitations when it comes to helping those in need, and can only give grants and partial aid.

“On the other hand, a welfare foundation reaches out in a wider scope.

“For example, we helped taxi drivers pay their Socso contributions for a year as they complained of poor business. We also distributed burial kits to mosques to help poor families with funeral expenses, ” he said.

“Some state governments have a few foundations but for the Federal Territories, there is only YWP.

“YWP is solely for the purpose of generating funds to conduct welfare programmes. The profits go to overheads and charities, ” Khalid added.