Tio (second left) briefing Chow on the setup of The Ship Campus on the open deck after the topping-up ceremony in Batu Kawan. With them are (from left) Looi, state executive councillor Zairil Khir Johari and Bukit Tambun assemblyman Goh Choon Aik. — Photos: MUSTAFA AHMAD/The Star

AFTER some 500,000 man-hours, The Ship Campus is set to open early next year in Bandar Cassia, Batu Kawan.

Workers are now putting the final touches to the building which is shaped like a giant cruise ship’s bow.

It also features an open deck and terraces like those found on modern cruise ships.

Once completed, it will be home to Peninsula College, the education arm of PKT Logistics Group, and can accommodate up to 4,000 students. 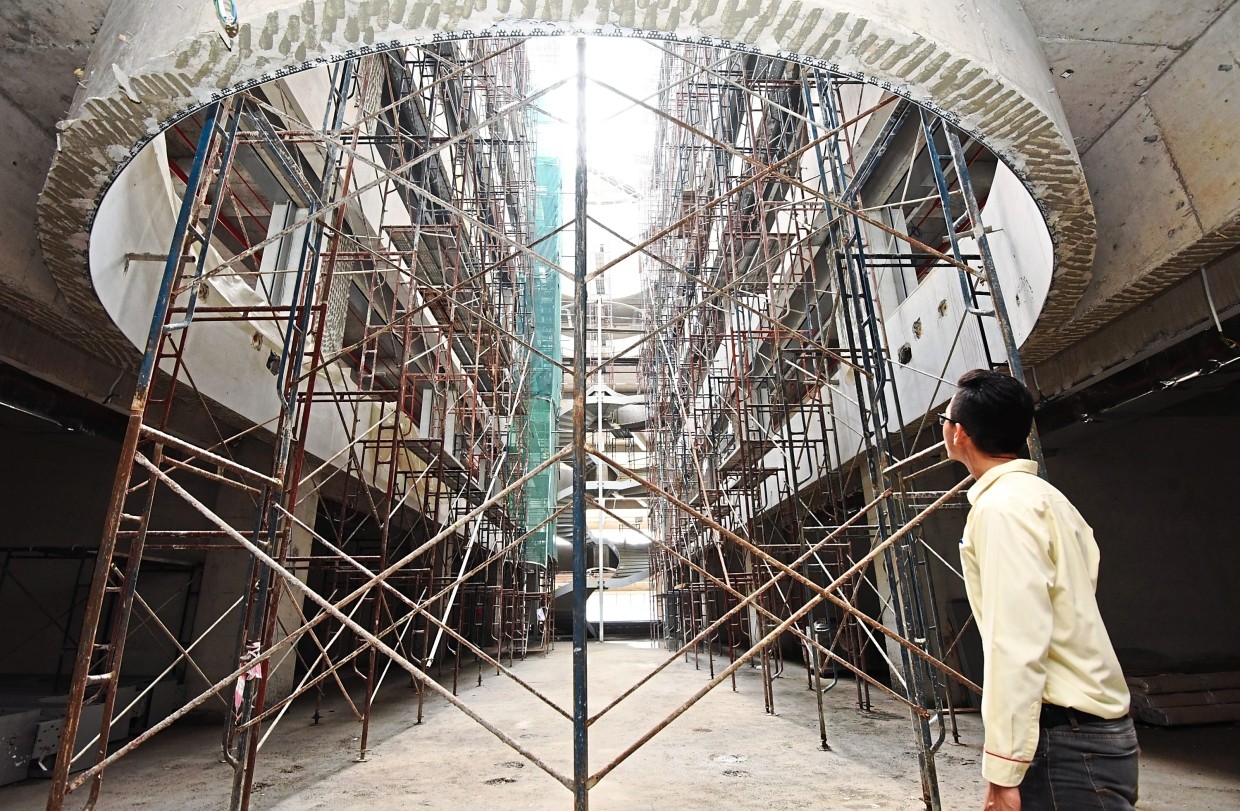 Construction is ongoing at The Ship Campus’ open lounge.

The group’s chief executive and managing director Datuk Michael Tio said the campus within the industrial park aims to bridge the gap between academia and industry.

“The Ship Campus will be one of the few education campuses located in an industrial park.

“This was a deliberate decision as we felt the need for academia to be close to the industry in order to produce graduates equipped with skills and capabilities required in the job market, ” he said. 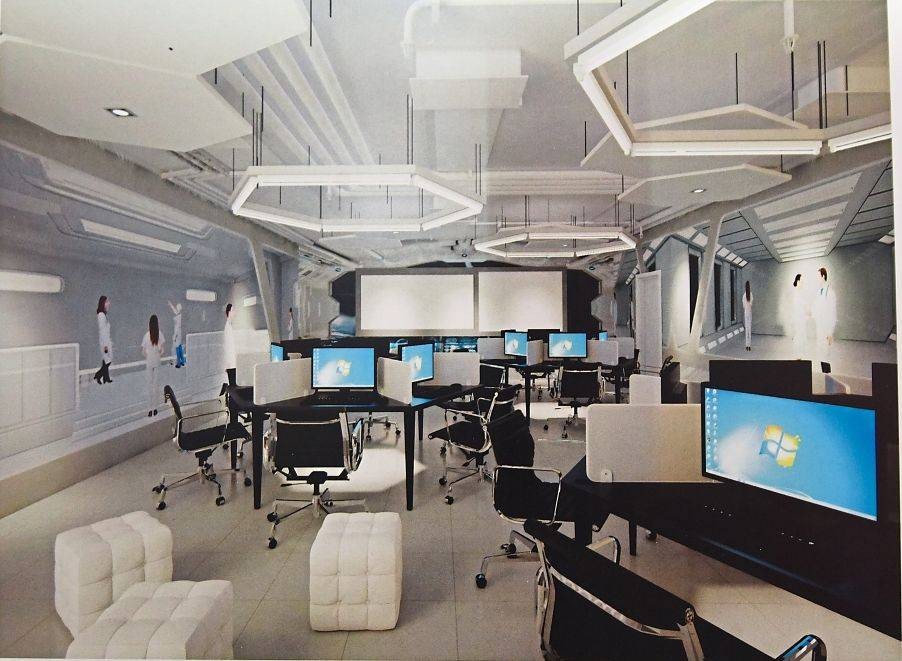 An artist’s impression of The Ship Campus’ Deck 3 Pentagon and (below) Deck 1 Compass Lounge.

“We believe these courses can add value to the Penang economy and the talents that support it, ” he said during the topping-up ceremony at the campus in Batu Kawan recently.

“The support of their mental, physical and emotional growth is crucial.

“It starts by providing them the best resources to excel, especially in the phase of one’s tertiary education that will shape their direction in life for the coming years. 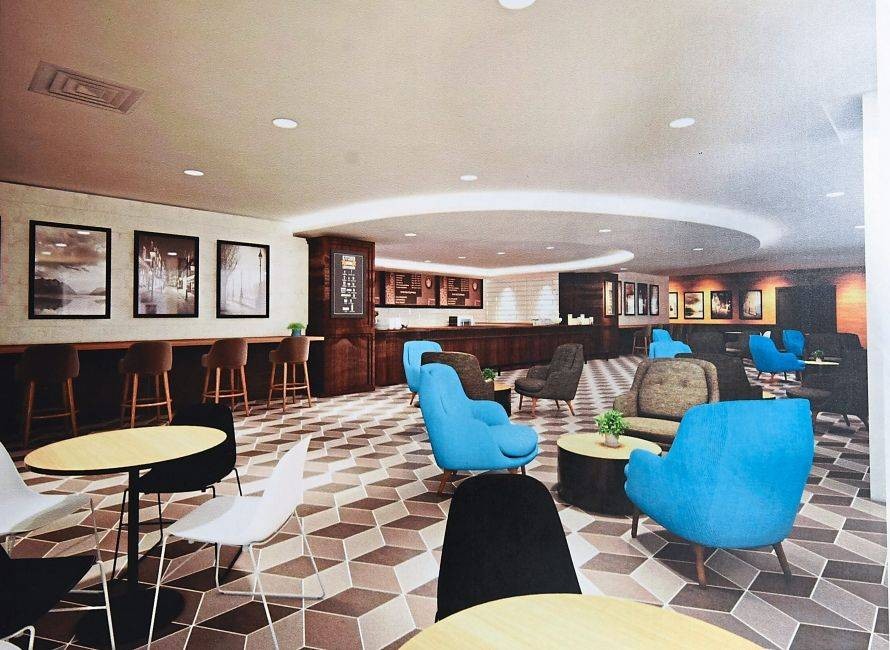 “Presently, Penang has more than 45 years of industrial experience and almost 300,000 personnel employed in the manufacturing industries.

“Looking ahead, I am positive that we will be able to support the growth of these industries with a steady flow of local and high-quality talent, ” he said in his speech.

In a symbolic gesture, Chow signed the final piece of glass panel which was later hoisted onto the roof of the building.