One of the scenes during the Ola Bola Merdeka Tour musical show performance at Majestic Theatre.

AMID loud cheers and applause from the audience, watching the performance of Ola Bola the Musical certainly brought back fond memories of yesteryear for Datuk Namad Abdullah.

He was after all, the captain of the 1972 national football team that qualified for the Munich Olympics in Germany.

“We lost 3-0 to Germany, but I was happy that we had given our best.

“When I watched this musical, it brought about a sense of nostalgia and the many great moments I had with my teammates.

“It saddens me as some of them had passed away,” he said when met at the Majestic Theatre in Jalan Phee Choon, George Town, on Merdeka Day.

The audience were taken back to 1980 when the Malaysian football team qualified for the Moscow Olympics. But as fate would have it, Malaysia decided to boycott the Olympics that year like many other countries.

The crowd was cheering, clapping and singing along throughout the one-hour musical performance. 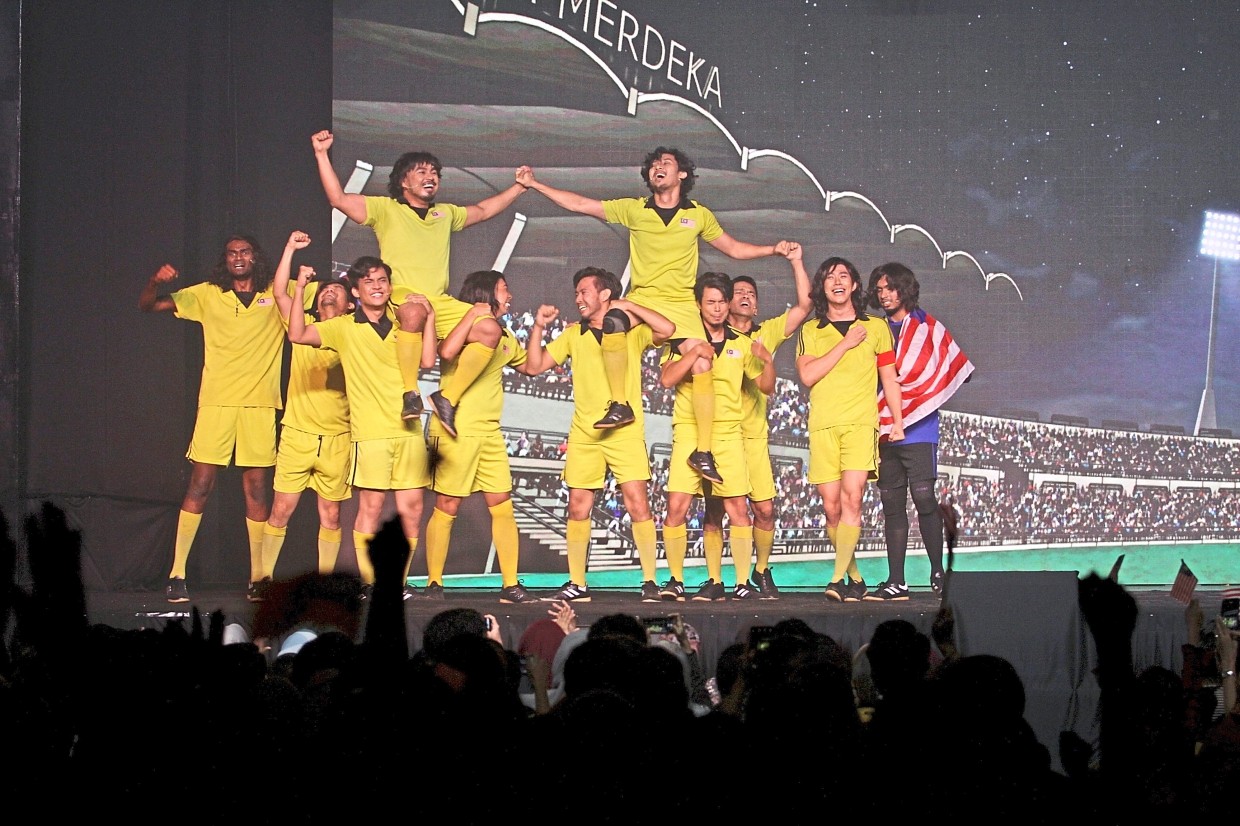 The ‘Malaysian team’ celebrating after their victorious performance.

Among them was Isahak Hassan, 69, who came with his wife Norlaila Osman, 58, and their six children.

“My daughters were very excited and they came to get the tickets.

“The performance was simply amazing! It struck a chord with me as I grew up watching the Malaysian football team on a high back then,” said Isahak. Chow (centre) and Tiara Jacquelina waving the Jalur Gemilang during the performance. With them is Jacquelina’s husband, Tan Sri Mohd Effendi Norwawi.

After Penang, Ola Bola the Musical will be performing in Kuching (Sept 6-8), Kota Kinabalu (Sept 11) and Kuantan (Sept 21).

It is performed free for the people, thanks to the state governments, government-linked companies, corporate partners and supporters.