Saras (third left) with members of the organising committee showing posters of the upcoming event after the press conference in Komtar, George Town.

THE media should avoid sensationalising news on suicide as they possibly lead to follow-up cases of such, said Penang welfare, caring society and environment committee chairman Phee Boon Poh.

He said those reporting on such cases should keep it on the surface to avoid the triggering of more incidents.

“Everyone has some form of mental illness but of different severity.

“The media should report on suicide based on facts but not go into details that may promote more cases.

“We have noticed that whenever a suicide case is reported, there is tendency for other such cases to occur within a short period, ” he said during a press conference in Komtar recently.

He, however, declined to reveal the statistics of such cases.

To reach out to those in need of support, Befrienders Penang is organising a public forum in conjunction with World Suicide Prevention Day at Auditorium A in Komtar on Sept 15.

Its organising chairman Saras Pillay said the event aims to increase public awareness on mental illness and eliminate stigma associated with the ailment.

“A recent study showed that the suicide tendency was the highest among those between 16 to 24 years old.

“Most of them suffered relationship and family crisis as well as pressure from peers and work.

“The upcoming forum will feature talks by experts in the field to share their topics and experiences on preventing suicide, ” she said.

At the press conference, Pertubuhan Wanita Mutiara handed over a cheque of RM3,000 to Befrienders Penang in support of the event. 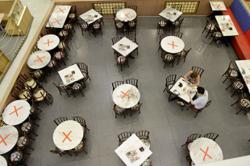 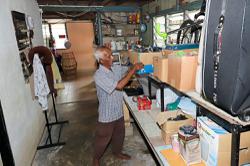 Taking floods in their stride 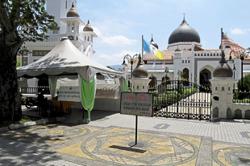 No ‘seasonal beggars’ at mosques during MCO