Homeless, but spirited for nation

Part of the 211 needy and orphan children from Pusat Jagaan Anak Anak Cahaya Amal Bistari with their teachers at the Merdeka celebration at an open space in Taman Widuri in Sungai Petani, Kedah. — Photos: ZHAFARAN NASIB, CHAN BOON KAI and G.C. TAN/The Star

AMID gloom and uncertainty shrouding their fate, some 200 needy and orphan children were in high spirits as they sang songs with gusto during a Merdeka celebration.

The children of Pusat Jagaan Anak Anak Cahaya Amal Bistari crooned away Negaraku, followed by Teresa Teng’s Tian Mi Mi (Sweet Love) and the centre’s own composition, Terima Kasih at the open space of a house rented by a teacher in Taman Widuri, Sungai Petani in Kedah.

The place where they were staying in Taman Pekan Baru, was closed by the authorities in March this year.

The children have since been split into groups and are presently staying with 35 voluntary teachers in the area.

The centre’s welfare and education unit chief Abdul Razif Ishak, 38, said the centre was closed as it was deemed illegal by the Kedah Welfare Department.

“We were told to leave our centre six months ago.

“The state Welfare Department said they had not given us approval or written permission to run the centre.

“Besides, the premises where we used to stay was said to be without a Certificate of Fitness.

“We were also accused of making use of these children to collect donations from the public.

“We feel the accusations are unjust and the children have become the victims.

“I hope the Welfare Department would carry out further investigations, retract the decision and approve our operations, ” he said.

Abdul Razif said there are 211 children, some from as far as Sabah and Sarawak.

He said 118 of them are primary school pupils, while the rest are in secondary school.

He said the children are being cared for by 35 volunteers, including a tabib (healer), an ustaz (religious teacher), teachers and those who had left the centre.

“We only accept children whose parents are earning less than RM900 a month, ” he said.

Abdul Razif said the children first moved into a row of double- storey shoplot units in Taman Pekan Baru given by a wealthy businessman in October last year.

He said they spent about RM2mil to renovate the premises.

“The first floor of the building was renovated and converted into a hostel for the children.

“The ground floor was used as an outlet for traditional treatment with treatment rooms.

“We offer bekam (suction cup therapy), acupuncture, reflexology, health drinks and other things for the public.

“The income from this registered business is used to fund the operation of the centre and the children’s expenses, ” he said.

When contacted, Kedah Welfare Department director Azmi Abd Karim said he was aware of the case.

“The centre was brought to court for operating without certificate of approval issued by the state Welfare Department, ” he said. 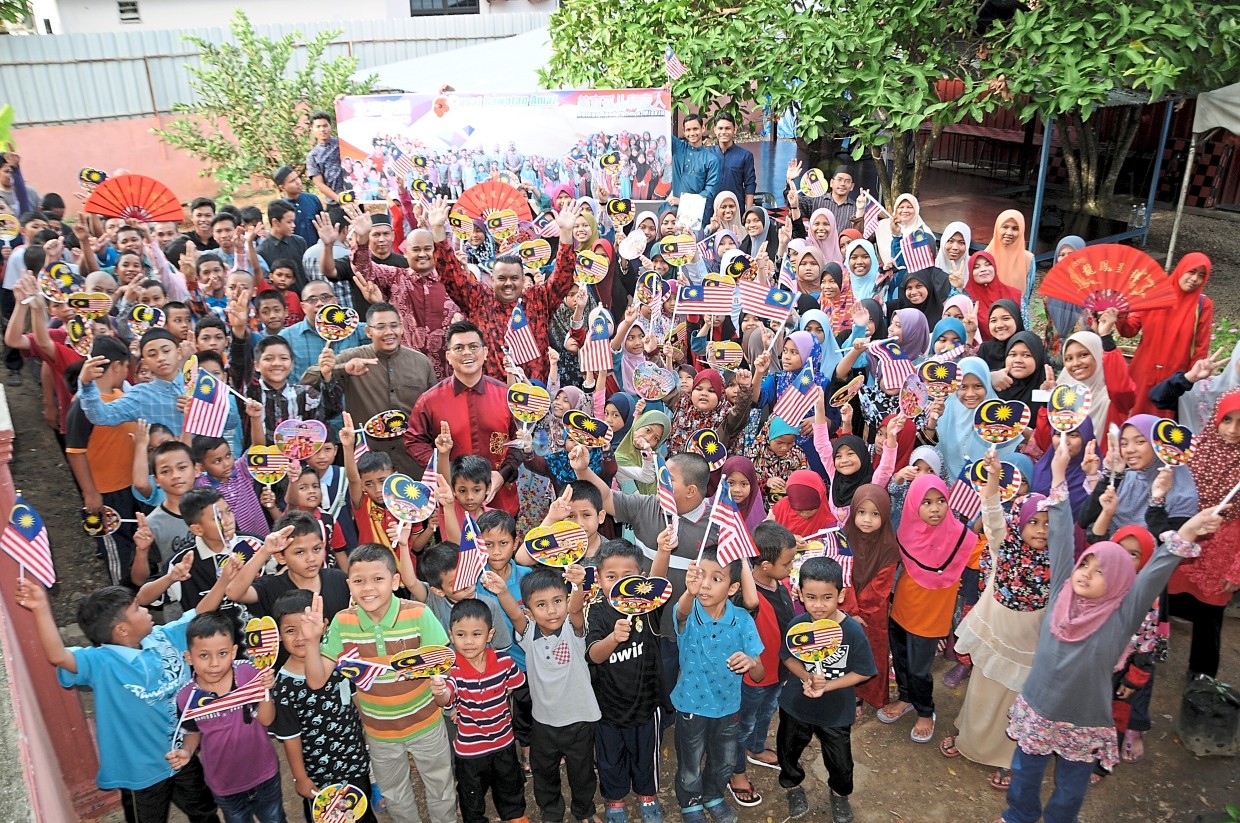 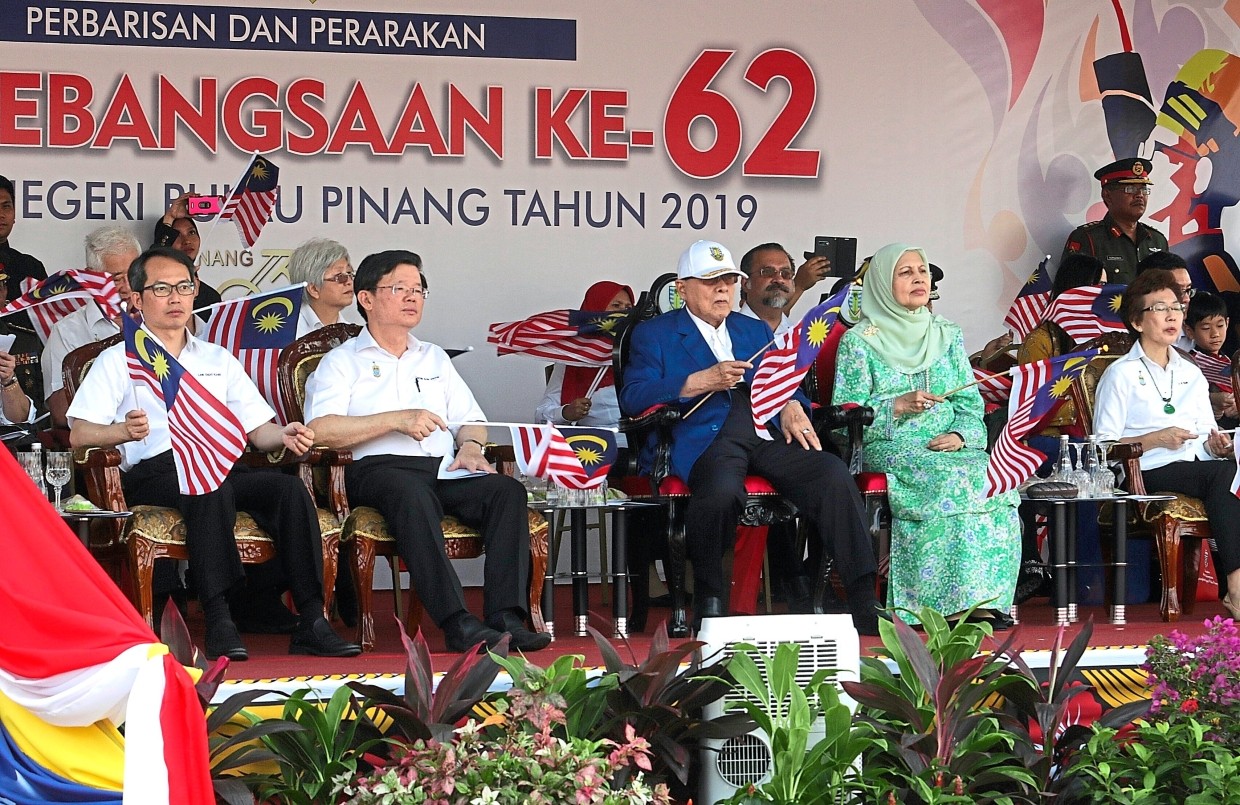 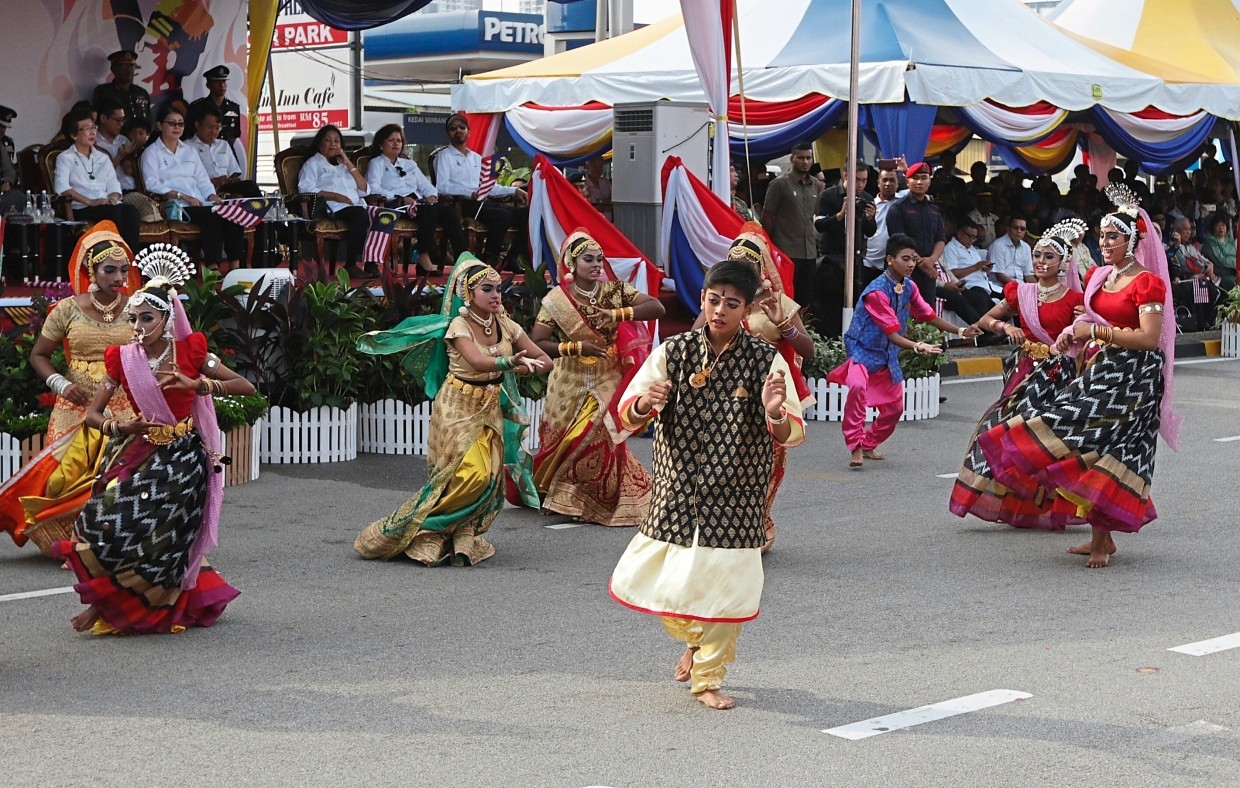 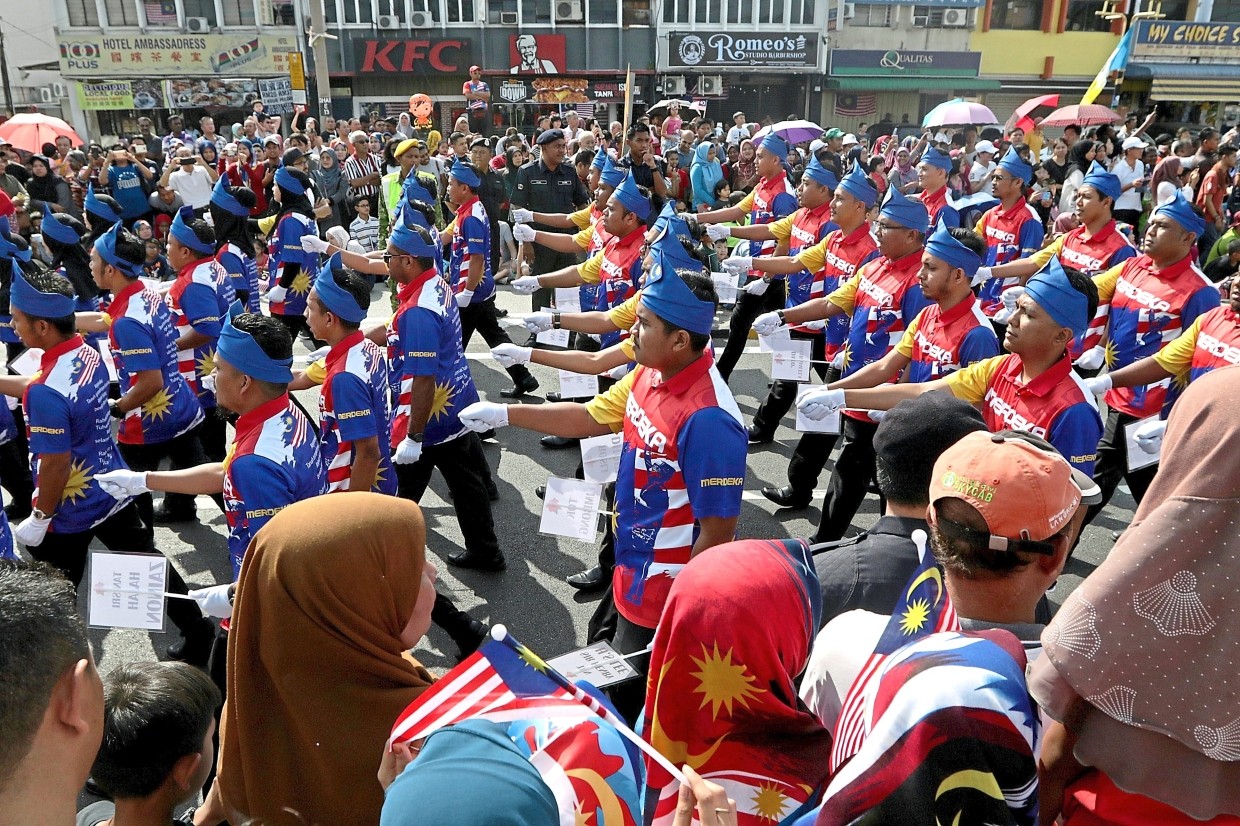 Part of the 211 needy and orphan children from Pusat Jagaan Anak Anak Cahaya Amal Bistari with their teachers at the Merdeka celebration at an open space in Taman Widuri in Sungai Petani, Kedah. — Photos: ZHAFARAN NASIB, CHAN BOON KAI and G.C. TAN/The Star

Some of the poor children from Pusat Jagaan Anak Anak Cahaya Amal Bistari showing their love for Malaysia.

A Chinese cultural dance performance being presented at the parade in Butterworth.

A group performing an Indian cultural dance at the parade in front of Dewan Datuk Haji Ahmad Badawi in Butterworth.

A choir singing a patriotic song at the Penang-level Merdeka parade.

A contingent taking part in the march-past in Butterworth.