WHEN the 10m-tall effigy of Tai Su Yeah (King of Hades) in Mergong, Kedah, was engulfed in flames, it collapsed in the north-east direction.

“It means areas in the north-east of the state will prosper next year, ” said Terry Tan, who is Pertubuhan Penganut Tow Boo Keong Mergong deputy chairman. 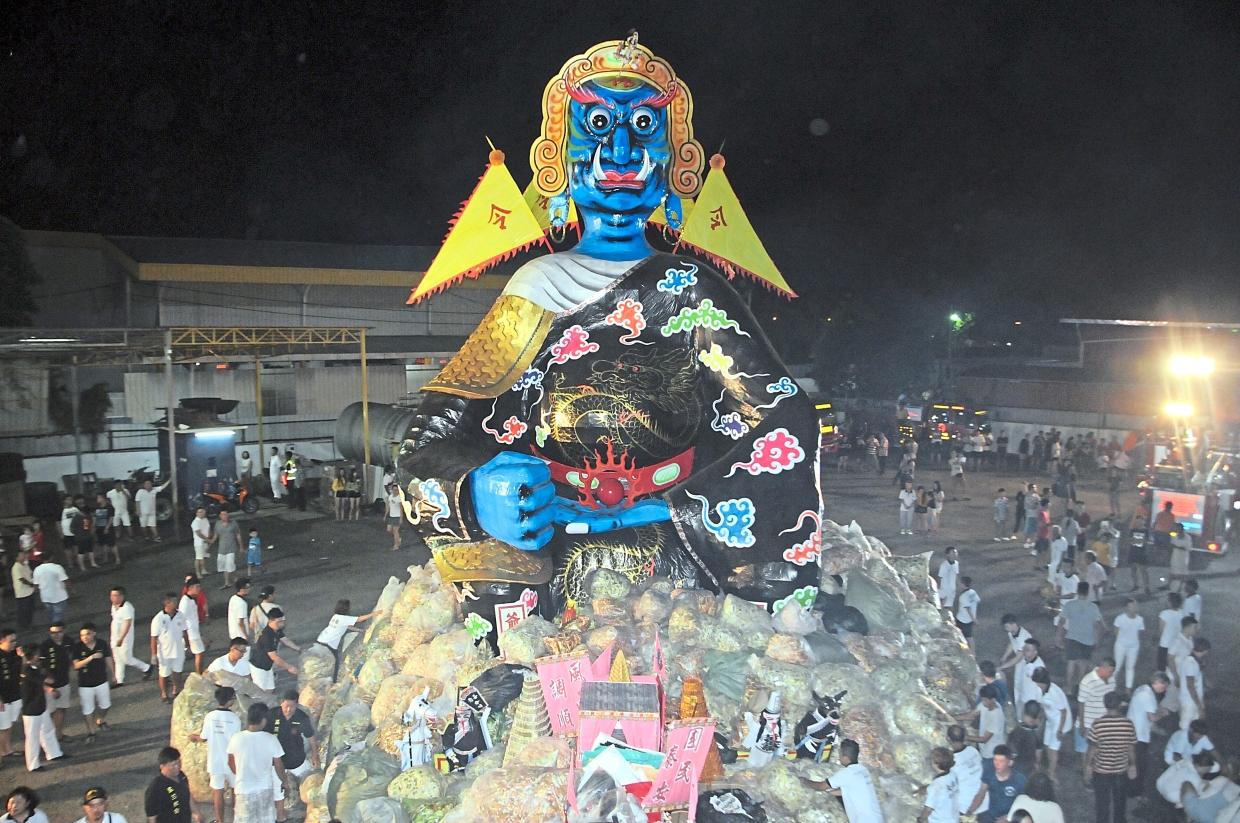 Led by Tan, who is also the temple’s medium, a ritual was performed before 50 committee members who placed the effigy of Tai Su Yeah at the parking lot 70m from the temple where it was sheltered. 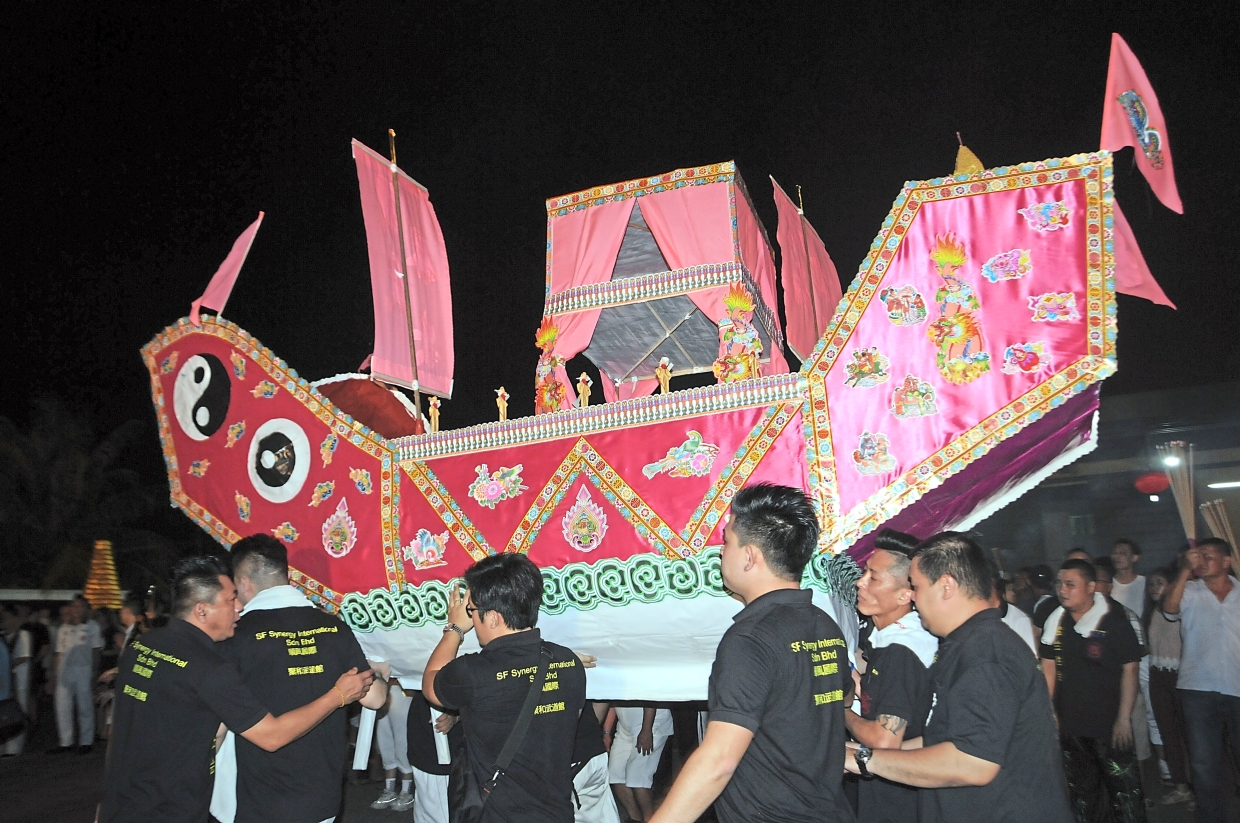 A paper boat is carried out to be burnt along with the effigy.

They then set the effigy on fire, together with hell notes, two paper horses, a paper boat and other prayer paraphernalia.

Voluntary firefighters were on standby with fire engines at the site for safety reasons.

The effigy was made in two weeks by Gan Kheng Leong, 59, with the help of family and workers. 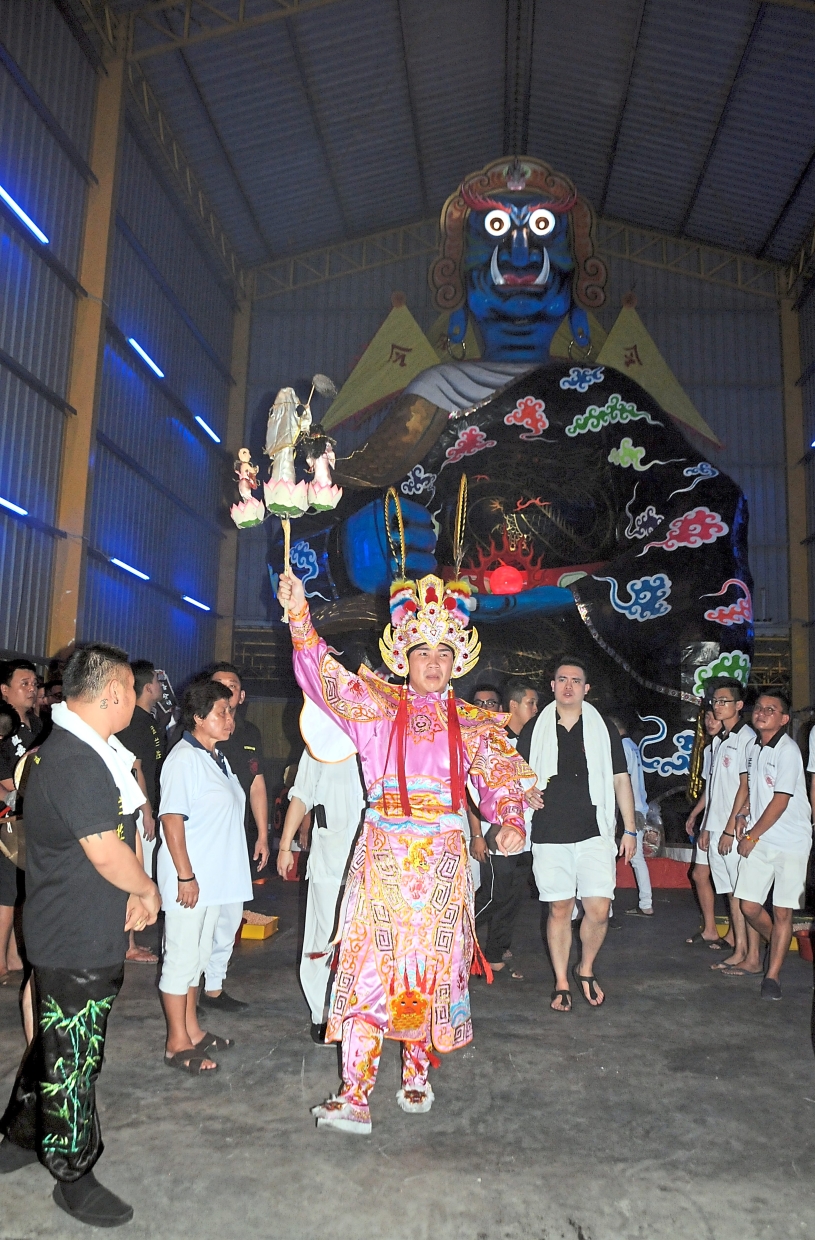 Tan taking on the role of a shaman during the ritual to send off Tai Su Yeah.

The self-taught craftsman has been making the effigy with rattan sticks, adhesive tape and coloured paper for the association for the past seven years.

He increased the height of the effigy by inches every year to symbolise continued improvement. 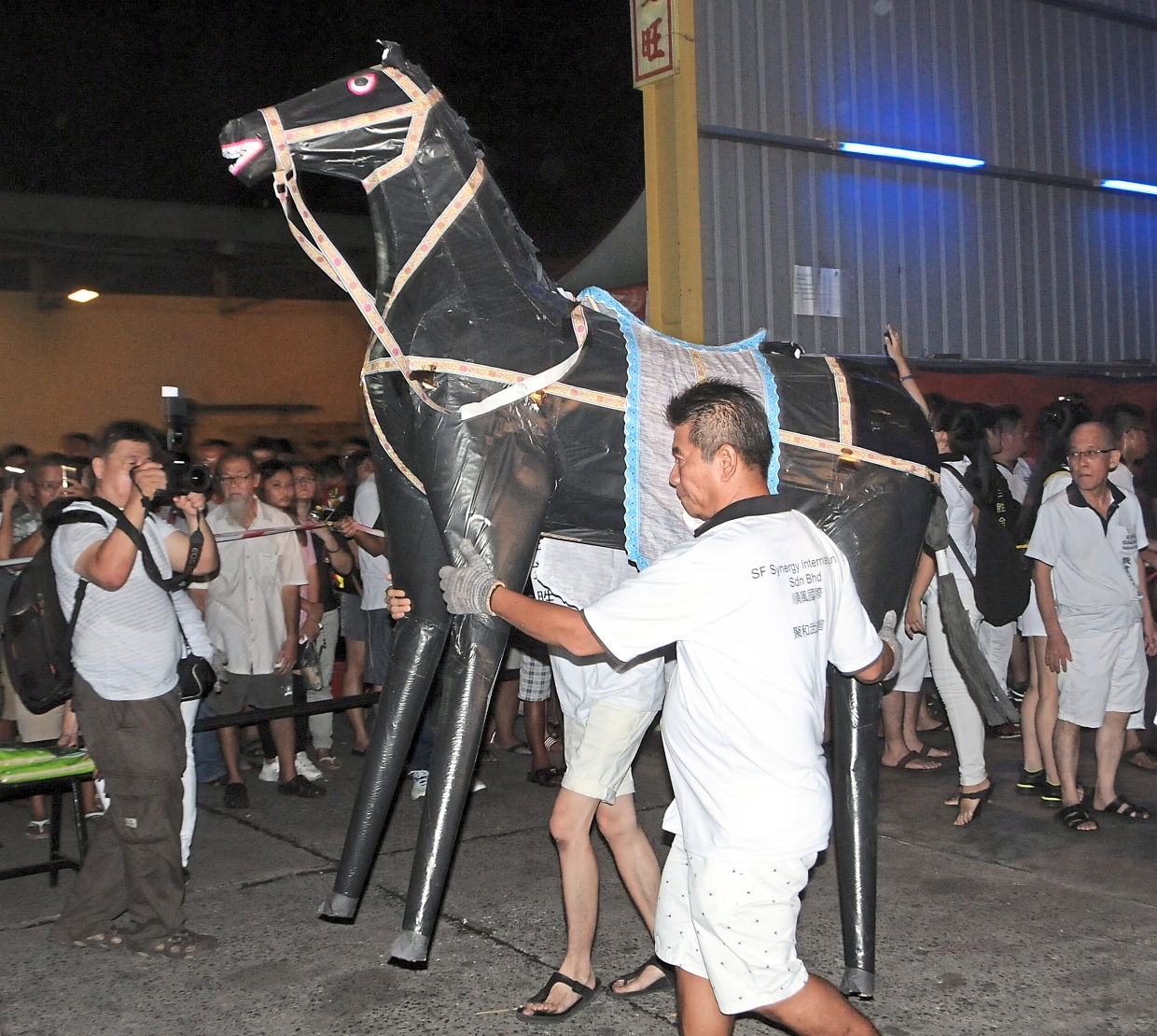 According to Chinese beliefs, the spirits enjoy a month-long vacation in the human world when the gates of hell open during the seventh lunar month.

It is an age-old tradition to have Chinese opera performances, puppet shows and kotai (stage shows) to entertain the community and wandering spirits during the annual festival, which is called Yu Lan in Mandarin or Phor Thor in Hokkien. 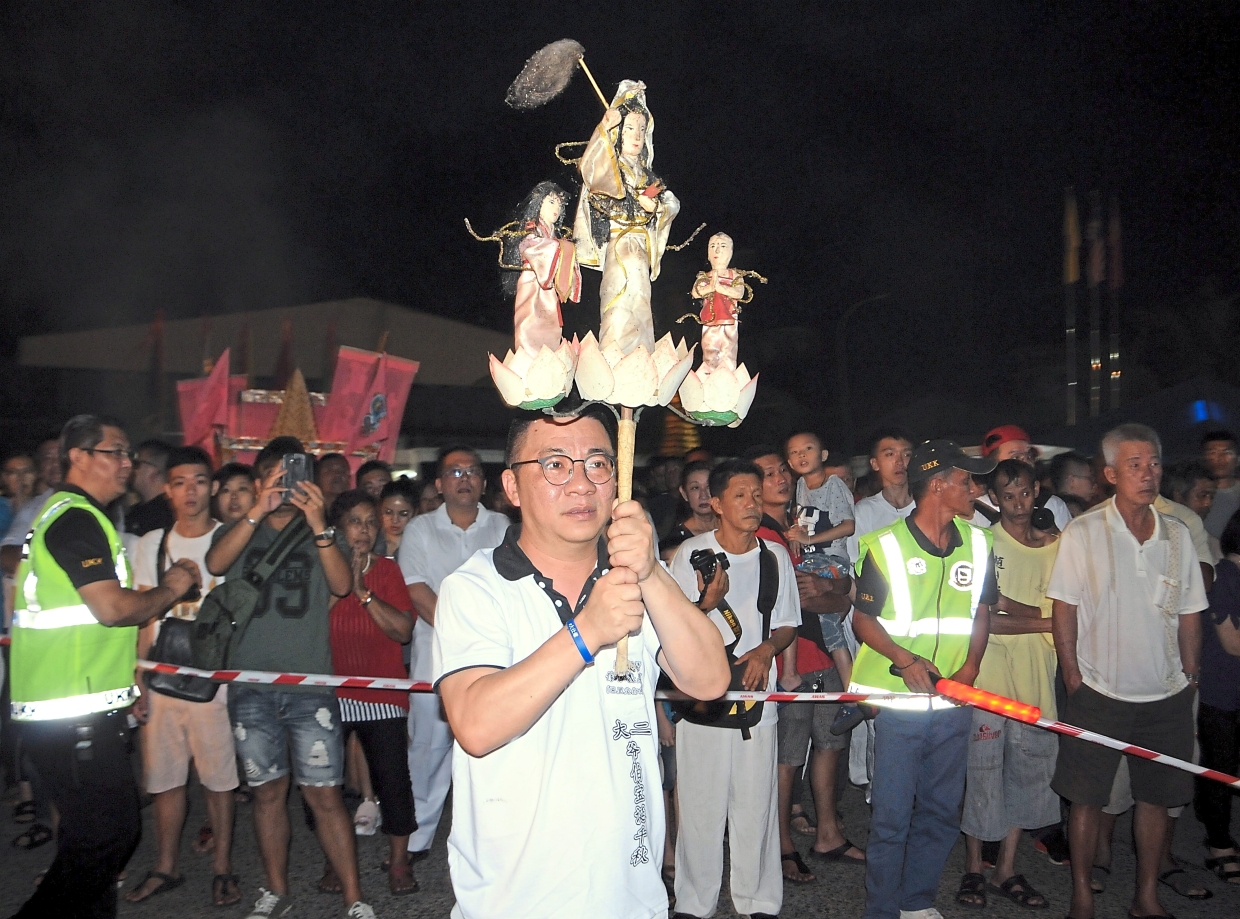 This is to ensure a peaceful and prosperous year.

The celebration will be held until Aug 29.