By GRACE CHEN And and PRISILLIA ANN PATRICK 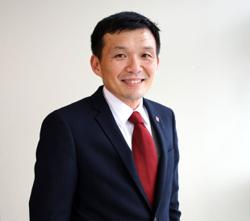 Hai has had to contend with progressively worsening cracks on the walls in her home over the past few months.

RESIDENTS of Bandar Damai Perdana 2 in Kajang are waiting anxiously for a report from the Malaysian Public Works Institute (Ikram) to determine who is responsible for the cracks that have appeared in about 25 houses at the neighbourhood.

They are hoping the report will reveal if rock blasting activities at two project sites nearby are causing the damage.

Residents claim that a housing development in Alam Damai and tunnel construction for the Langat 2 water treatment plant are to blame.

Balakong assemblyman Wong Siew Ki said she had been following up with the Kuala Lumpur mayor’s office every week to find out whether the report from Ikram is ready.

“The Ikram report should identify whether proper procedures were followed during ongoing construction work at both project sites,” she said.

Resident Hai Len Fong said she had to contend with progressively worsening cracks on the walls in her home over the past few months.

“They should stop work just looking at all the damage it is causing,” said Hai.

On the same street in Jalan Damai Perdana 7/1D, several homeowners complained of widening cracks in the lower and upper floors, namely in their kitchens and bedrooms. They also complained of cracked wall tiles.

In addition to bearing the expense for repairs, Wong, who lives with his aged father, said the blasting works affected their peace of mind.

“Hairline cracks have progressed to become deep fissures over the last few month.

“Many residents are worried their houses will collapse on them,” she said.

He said although the residents lived at the border of Selangor, the projects involved are located in Kuala Lumpur. As such, Kuala Lumpur City Hall would look into it. 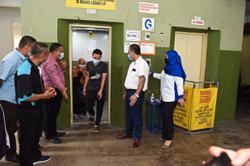