Residents working together to rid the neighbourhood of rubbish which can harbour Aedes mosquito larvae. — Photos: AZMAN GHANI/The Star

Taman Melawati Residents Association (TMRA) in Ampang organised a gotong-royong from Jalan I 1 to Jalan I 10 as a proactive measure in the fight against dengue.

Some 70 residents, who gathering at a local mosque at 9am, were split into seven groups before they began scouring the neighbourhood for old tyres, empty cans, flower pots and abandoned vehicles where water could be stagnant.

Ampang Jaya Municipal Council (MPAJ) president Datuk Abdul Hamid lauded the effort, saying the 100% increase in the number of dengue cases in the municipality from last year was worrying.

“Dengue cases will continue to rise if our surrounding remains dirty,” he said.

“The aim of the gotong-royong is to search and destroy mosquito breeding sites,” he said. 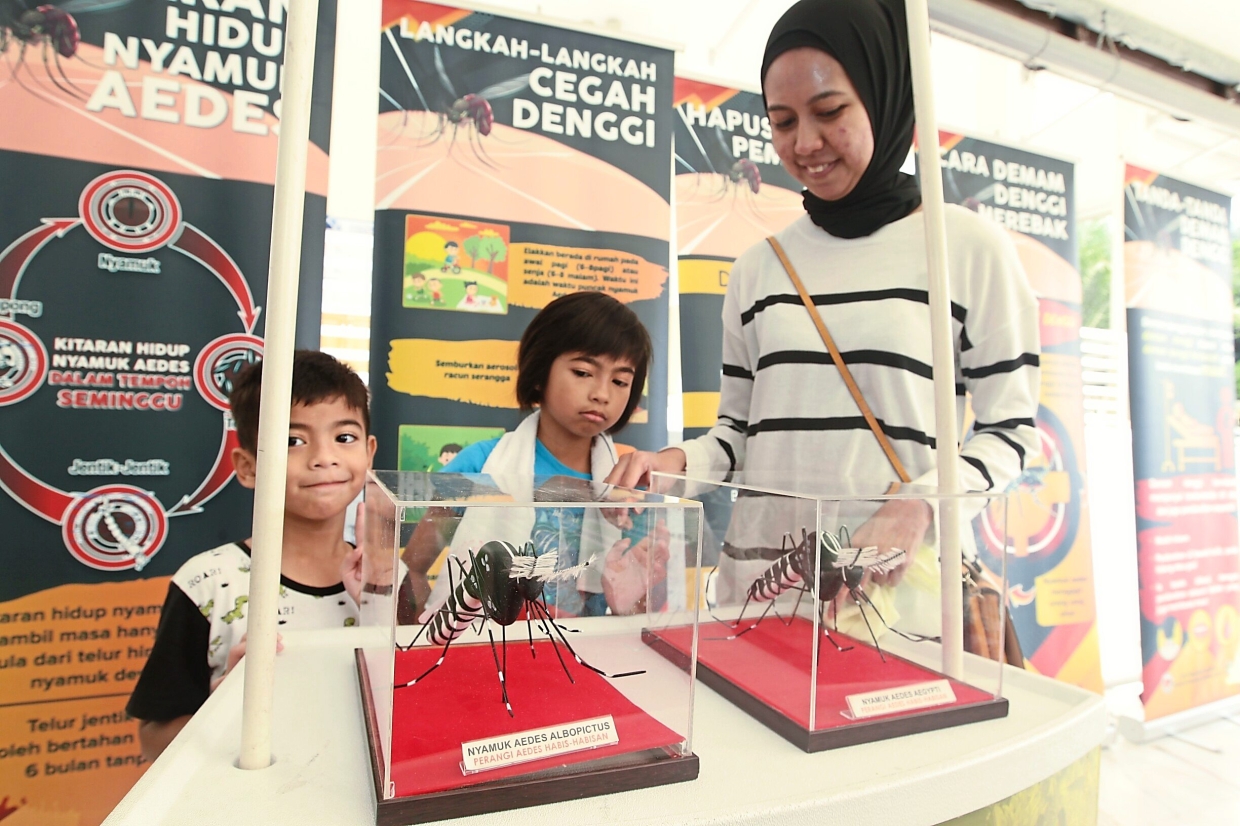 Sofea Erisya Shahrul Azneyzam, nine, (centre) and her brother Khalif Rayqal Shahrul Azneyzam, six, are accompanied by their mother Syazila Bustaman at the Aedes mosquito exhibition held in conjunction with the gotong-royong.

Meanwhile, TMRA chairman Azahari Abdul Tharim said he was happy with the turnout and that more gotong-royong sessions would be organised in the future.

“We sent out flyers inviting residents to join the gotong-royong today,“ he said.

“We hope this event will raise awareness on the importance of neighbourhood cleanliness to fight dengue.”

Film producer Datuk Yusof Haslam, who is also a resident there, said the event was good for community cohesion.

“There are people who don’t know their own neighbours. This gotong-royong encouraged us to work together.”

Lim Soon Ann, a resident, called for stronger enforcement against homeowners who were responsible for breeding mosquitoes.

The gotong-royong also featured an exhibition on dengue prevention measures.