The restoration and upgrading of the two prewar buildings in Victoria Street is now put on hold after the state lost the court case. — Photos: CHAN BOON KAI/The Star

A PLAN to build a heritage education centre in George Town hit a major stumbling block when the High Court nullified Penang Government’s acquisition of two prewar shophouses which was to be the site.

The restoration and upgrading work of the two shophouses in Victoria Street was put on hold after the state government lost the premises in court.

“We intended to transform the old buildings into a heritage education centre.

“The landowner challenged the state’s authority to acquire the premises for education purposes on grounds that education was under the jurisdiction of the Federal Government.

“The court decided that the state does not have that authority so we had to adhere to the decision.

“The ownership of the plot has since been returned to the previous owner, ” he said at a press conference in Komtar recently. 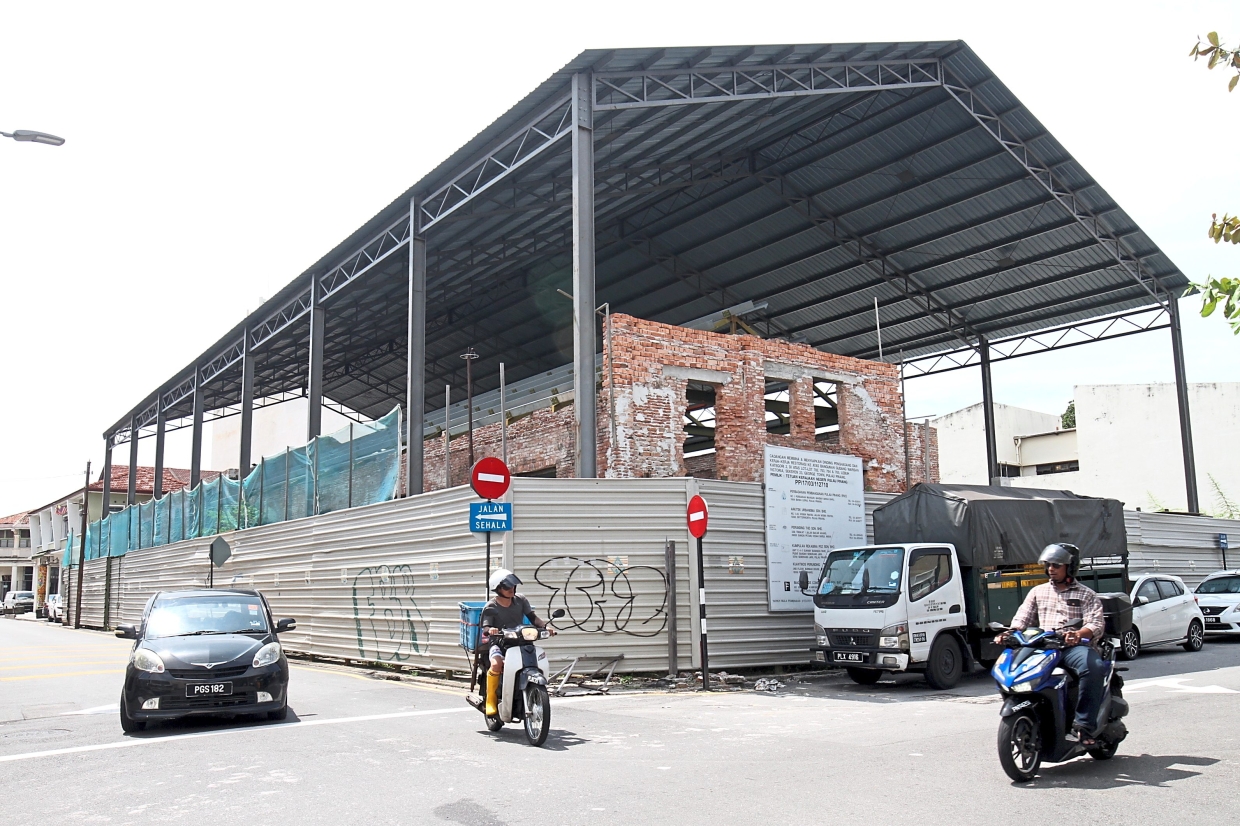 The two buildings in Victoria Street were used as lodgings for Chinese immigrants in the 1800s. Later they were used to store goods.

Chow said Penang Development Corporation (PDC) had already started the early stages of the restoration work, which included demolishing a section of the premises and installing a temporary roof at a cost of around RM1mil.

“The total restoration work was estimated to cost RM10mil. Work has since stopped.

“The state government will appeal against the decision.

“We received a letter from the landowner’s lawyers and they approached us with offers of a settlement.

“The state will negotiate for an amicable solution with the landowner but will continue with the appeal in court, ” he said.

Chow said PDC would pay the contractor for whatever work that was done.

The two buildings are in the Category II heritage class within the Unesco World Heritage Site core zone and were used as storage and distribution centres for goods in the late 1900s.

In the 1800s, the buildings faced the waterfront.

They were used as lodgings for new immigrants from China who were heading to tin mines in south Thailand.