(From left) Saufiah’s representative,Lai,Mori and Aiman Shafiq at the prize presentation ceremony.

Sushi King has announced the winners of its Sushi King Travel with Smiles reward for the first half of the year.

Lai Chiung Kee from Sarawak was the grand prize winner of the reward.

Sushi King managing director Hiroki Mori presented the prizes to winners at its Sunway Pyramid outlet. He said this was the first Travel with Smiles reward presented since the launch of the customer loyalty programme.

The aim of the reward is to bring Japanese food lovers to experience the roots of Sushi King in Japan and realise their dreams of visiting the Land of the Rising Sun.

“In January,when we officially launched our customer loyalty programme which is the Sushi King MY App,we received overwhelming response.

He also said that customers could receive their birthday rewards and added incentives on Members’ Day.

The Sushi King Travel with Smiles reward is given out every half year and the reward is dispensed to the Top Spender of the specified period.

Besides the grand prize of a trip to Japan,loyal customers could also bag up to 20,000 Smile Points. 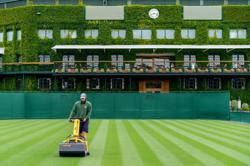