THE George Town Festival (GTF) 2019 ended on a spectacular note as visitors from near and far thronged Beach Street in Penang to witness the festival’s grand finale.

Around 120 street and performing artistes from 10 different countries took part in the celebration themed — The Extravaganza on Sunday.

The free-to-attend event was filled with a diverse selections of performance and arts ranging from contemporary to traditional at selected spots around the city. 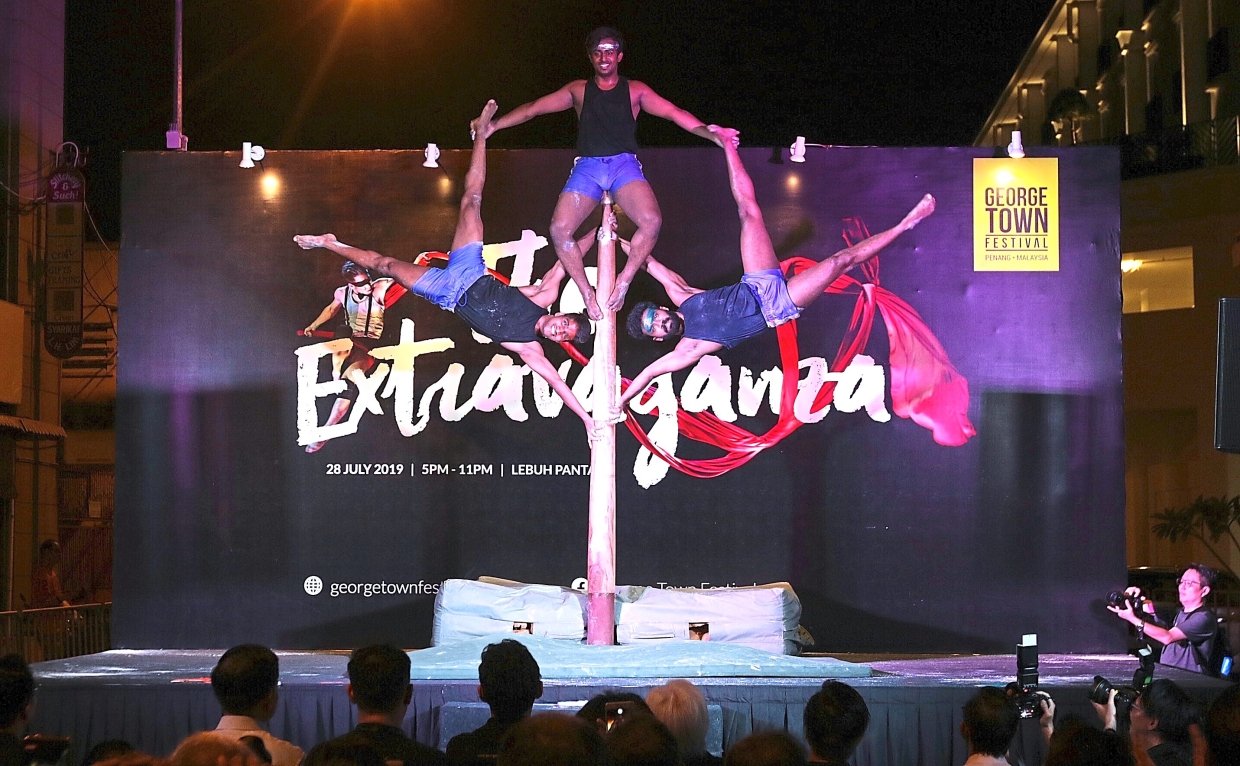 Gymnasts showing their balancing skills on a vertical wooden pole in the Mallakhamb performance from India.

The crowd was amazed and excited during the Mallakhamb performance from India.

Mallakhamb is a traditional Indian sport where gymnasts perform feats on a vertical wooden pole.

Our local artists Odissi, Reborn and Fallen Angel & Light of Hope also did not disappoint the crowd. Musicians on violin and harp entertaining the crowds at Beach Street.

Odissi did a classical Indian dance from Orissa while Reborn presented an awareness on environmental conservation as well as animal abuse.

The performance of Fallen Angel & Light of Hope was certainly awesome with a delicate aerial silk show.

Belgians Eveline Vermaesen 33, and her boyfriend Birger Schrevens, 35, were here in Penang for the first time, said they truly enjoyed themselves.

“We have plenty of festivals back home and we are happy to catch this one here. 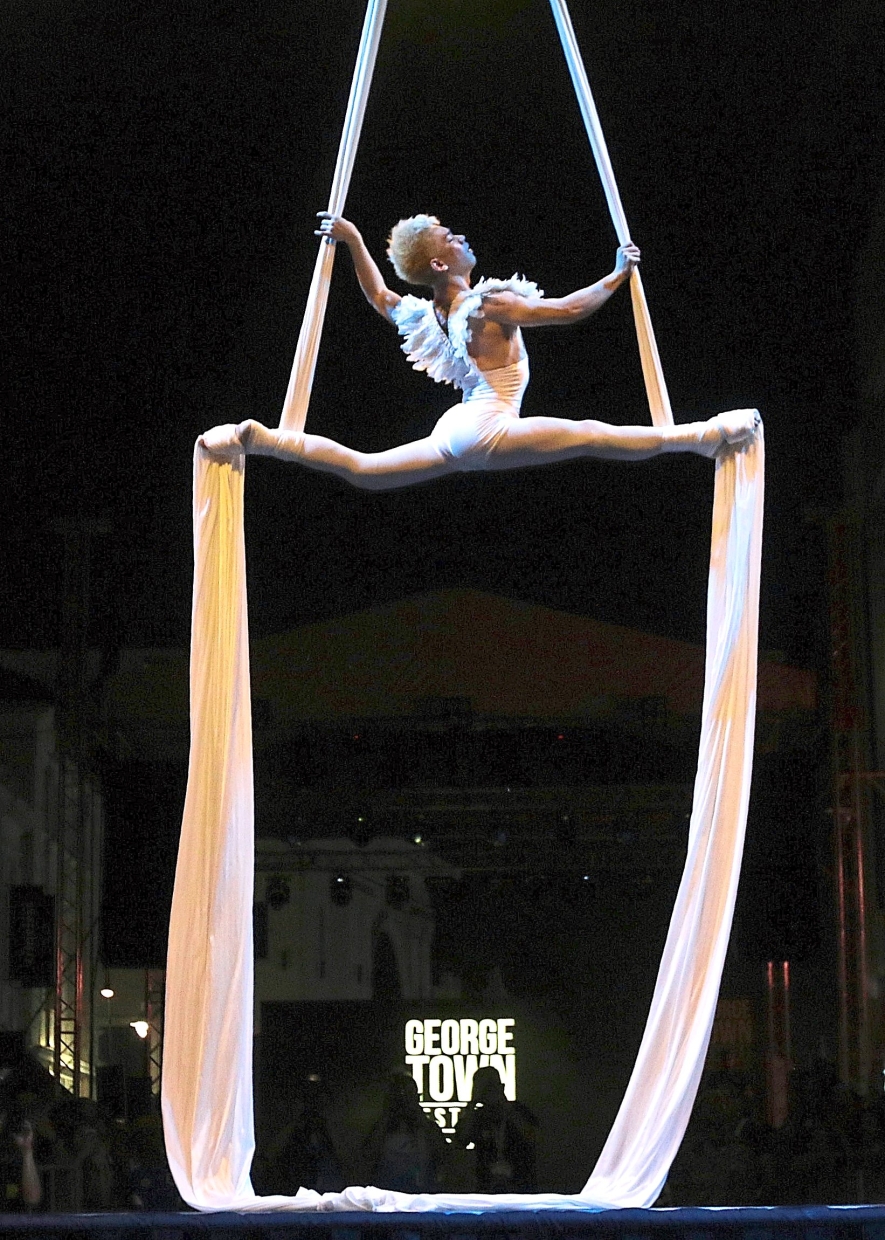 A striking scene from the Fallen Angel & Light of Hope.

“We really loved the food here too especially the Indian food, ” Eveline said.

“We have invested and supported GTF since its debut in 2010 and will continue to develop the festival to be an international platform for local artists to showcase their works, ” he said. 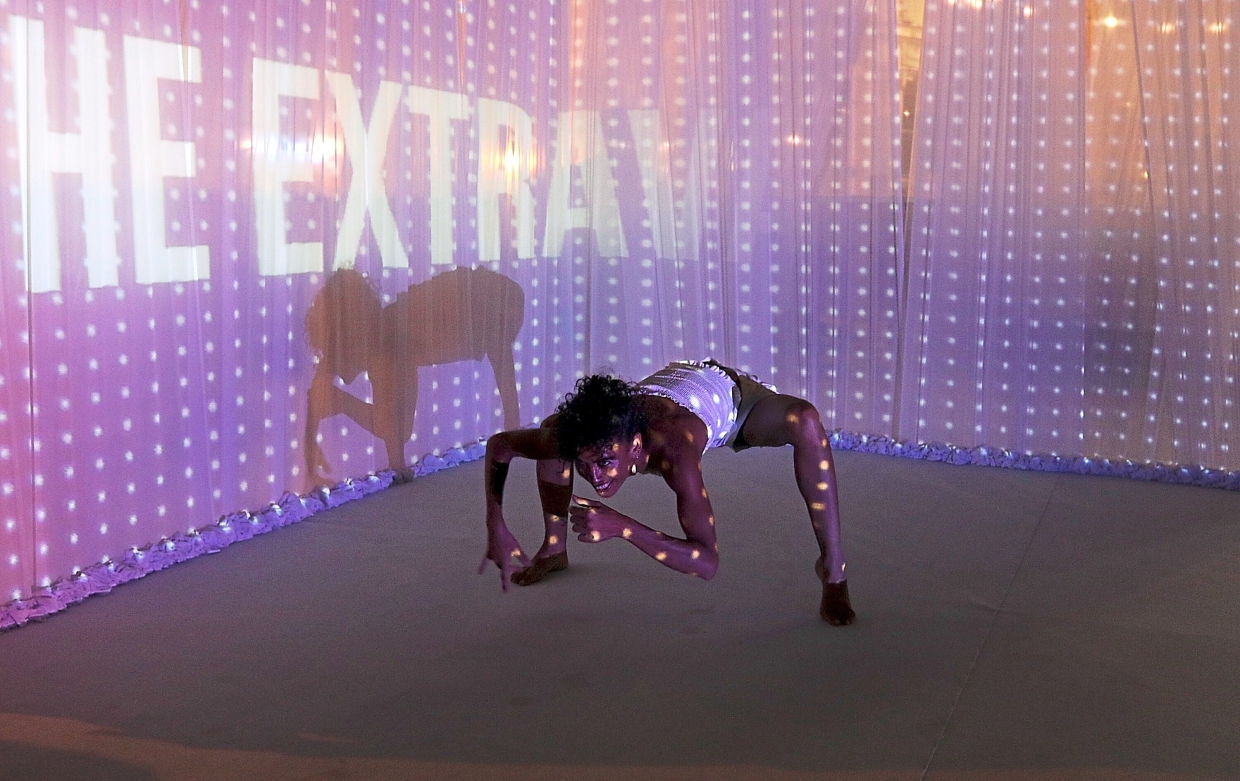 An artiste performing an acrobatic act at the ‘Magical Light’ area during the closing of the George Town Festival 2019.

State tourism development, arts, culture and heritage committee chairman Yeoh Soon Hin said festival tourism was a rapidly growing trend in recent years, serving as a fuel for the development of the economy, cultural heritage and growth of sustainable tourism.

“GTF has been instrumental in positioning Penang as Asia’s arts and culture hub.

“This year’s GTF has seen arts blooming everywhere, allowing visitors to immerse themselves entirely in arts in every nook and cranny in the city. “There were also more free-to- attend events, more local engagements and local content this year, delivering the promise of ‘A Festival for Everyone’”. 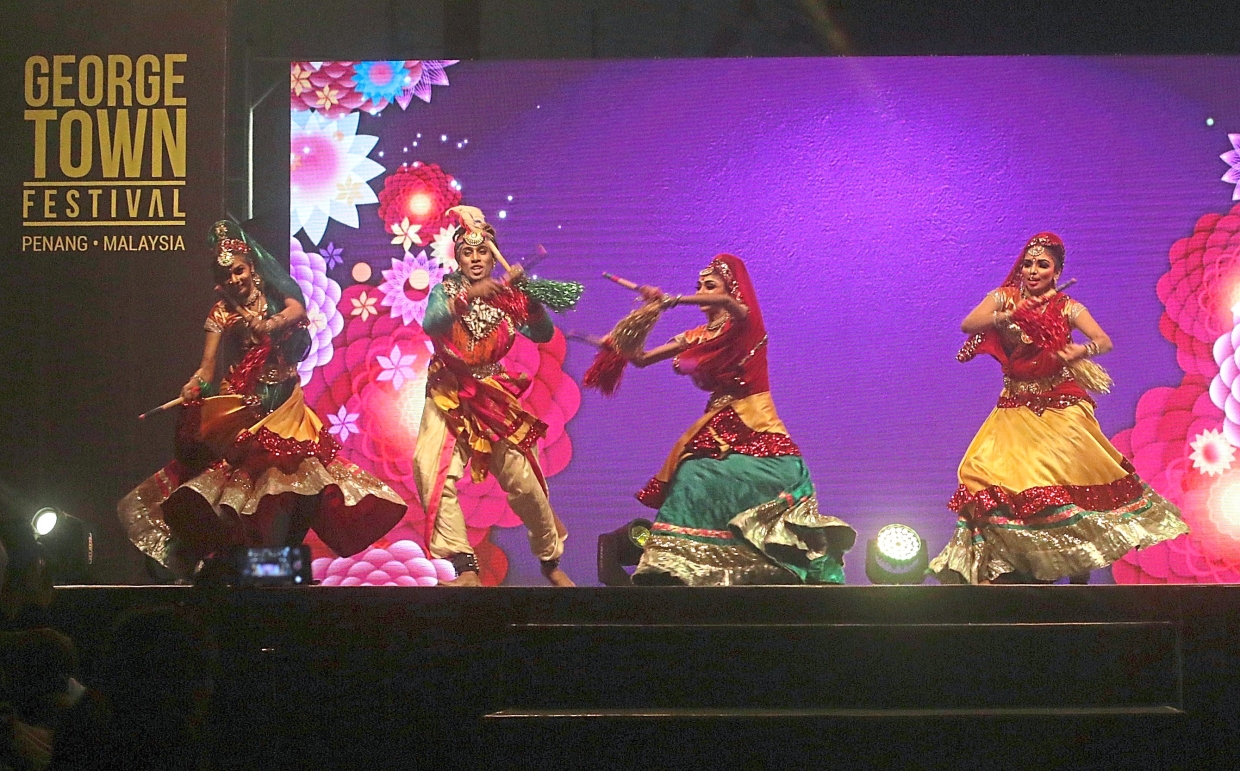