Showcase of creativity at fashion festival 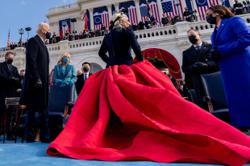 KUCHING: Some 21 designers from South-East Asia and China will showcase their creations at an international fashion festival here in September.

The Best of Asean Designers 2019 (BOAD19) aims to promote Sarawak as a destination for creative pursuits, promote Asean design, arts and creative talents, and nurture aspiring designers, models and students.

“We are pleased to host BOAD19, which celebrates the creative and enterprising values of the region’s fashion talents by hosting an exciting mix of presentations, workshops, pop-up stores and a gala show in various locations across Kuching,” state Tourism, Arts, Culture, Youth and Sports Minister Datuk Abdul Karim Rahman Hamzah said.

The three-day event from Sept 6 to 8 is organised by Creative Teamlab in collaboration with Asean Fashion Designer Showcase (AFDS) and supported by the ministry.

The participating designers will display their collections in a series of runway shows dubbed “Taste of Asean Showcase” at The Spring Mall here during the festival.

Well-known local artisan Ranong Peru and emerging designers Catherine Wong and Wan Bainun from Sarawak are among the Malaysian designers taking part in the show, along with AFDS fashion ambassadors Orson Liyu, Michael Ooi and Fion Poon from peninsular Malaysia.

The runway shows will also feature 30 models from Sarawak and the region.

Other festival events include workshops and designer pop-up stores at The Spring Mall.

The highlight will be a Gala Nite at Borneo Convention Centre Kuching on Sept 7, featuring a runway show by all participating designers.

Abdul Karim called on the participating designers and models to engage and collaborate with the local design community during the festival.

“BOAD19 will provide a good platform for Sarawakian designers to work together with fellow designers from regional countries and leverage on their networks to access new markets for their collections,” he said.