THE sound of engines revving and tyres screeching were loud and clear at Juru Auto City in Penang during the three-day Auto City Carnival.

Car enthusiasts admired various sleek vehicles which were being shown off by models taking part in the Miss Auto City pageant. 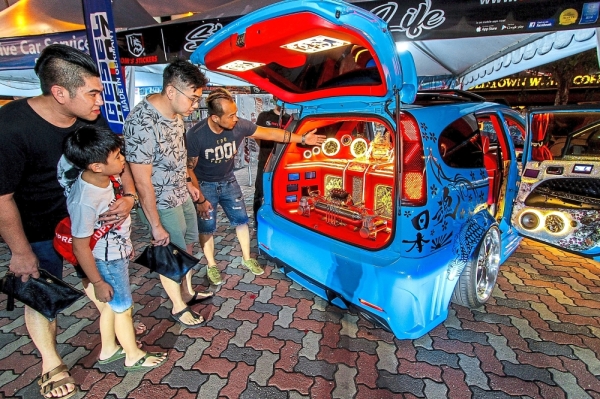 Female professional race car driver Leona Chin performed a series of drifting shows to the delight of the crowd. 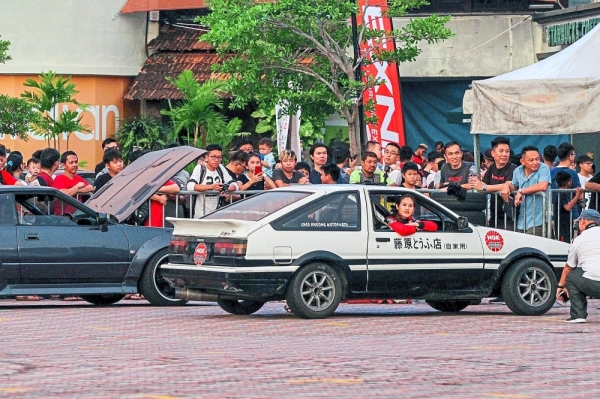 Chin showing off her drifting skills in her race car.

The car is equipped with 23 LED screens, remote-controlled hydraulic suspensions, motorised doors and aerated water tank in the cabin plus a sunroof.

“The car is inspired by elements from the Japanese automobile modification industry, and all the decorations are handmade, including the thousands of tiny crystals I stuck in the cabin to make it sparkly. “The whole project took about two years and cost about RM80,000.

“The satisfaction is worth it,” he said at the annual event held from Friday to Sunday.

The Miss Auto City pageant models also paraded around in some of the 200 cars on display including Lamborghini, Ferrari, Bentley, Mercedes Benz, Audi and Lotus supercars. 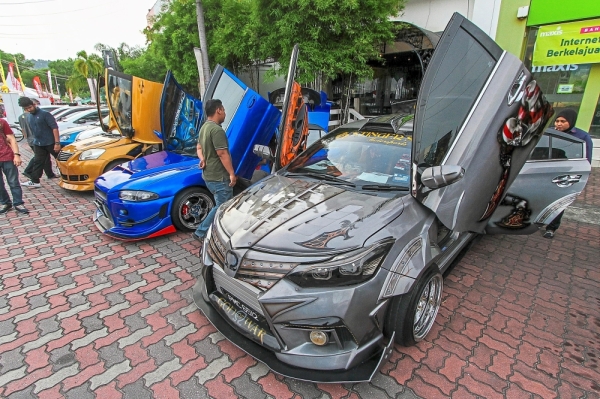 Deputy Youth and Sports Minister Steven Sim, who was present at the launch, said the Government was committed to develop motorsport which is seen as an emerging sport.

“Through events such as this carnival, we able to cultivate the interest of the younger generation,” he said in his speech.