Exco: Not easy to convert agricultural land for housing

IT IS not that simple to convert padi fields in Kerian into housing schemes.

Yong had said that the Perak government was willing to approve agricultural land, especially padi fields, for housing schemes.

Abdul Yunus said the priority had always been to maintain padi fields in the district.

“In fact, we also have plans to increase the padi field areas,” he told reporters after giving details of a Perak Agriculture Department database programme for padi farmers at the state secretariat building here.

On June 25, Yong during an event in Parit Buntar, had said the Kerian district could be transformed into a “dormitory town” for Penangites to get cheaper properties.

Abdul Yunus, however, said the country did not want to be heavily dependent on imports of rice, as that would not augur well for food security.

“I am not contradicting what he (Yong) said, as I understand that he made that statement as housing exco member.

“Yong had mentioned that the proposal would be studied in-depth, and a public hearing would be carried out first before any approvals,” said Abdul Yunus.

When asked if there was indeed demand for houses from Penangites, Abdul Yunus said he would not know.

“But there are still many affordable homes in Perak that are not sold yet.

“It does not mean that if the statement is made, the project will be implemented,” he added. 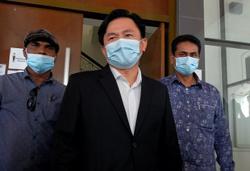