One big step towards happiness for little girl

THIS Hari Raya, little Nur Balqis Farisya Abdullah can look forward to a brighter future with her new prosthetic limb.

Born without a right leg, the five-year-old can now play with her friends during the festive period.

According to her grandmother Che Basah Hassan, 57, it was the first time Nur Balqis had put on a prosthetic limb.

“All these years, moving around has been difficult. “Schooling was not possible and we had to teach her the basics at home.

“With the prosthetic limb now, she can play with her friends.

“We will enroll her in a kindergarten soon,” said Che Basah from Sungai Petani, Kedah.

Another recipient was Form One student How Xue Qi, who was born without arms and a right leg. 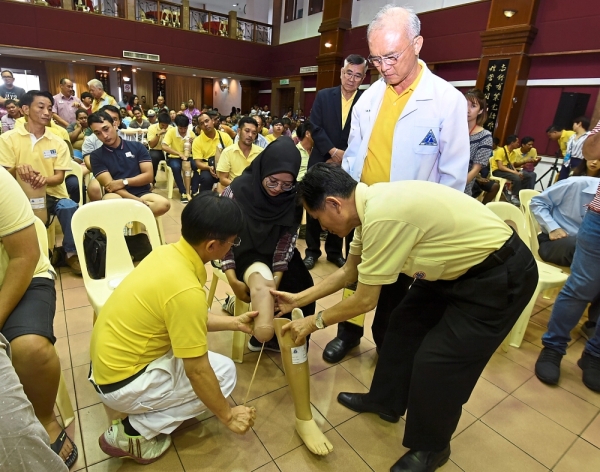 Her father How Ann Lok, 44, a factory worker from Johor, said Xue Qi’s old prosthetic limb could no longer support her.

“We brought the old limb for adjustment to extend its length but the hip portion won’t fit anymore. 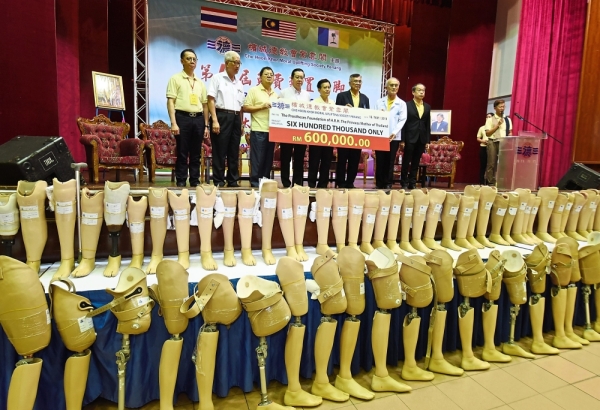 “I’m glad that she is getting a new limb to keep her comfortable,” he said, adding that his daughter, a student from SMK Taman Daya in Johor Baru, uses her left foot to write.

The free prostheses programme was organised by the Che Hoon Khor Moral Uplifting Society under the patronage of Her Royal Highness The Princess Mother of Thailand.

The society’s deputy president Datuk Sim Ah Chye said the programme started 13 years ago and more than RM2.8mil had been spent to benefit 963 recipients.

“The cost includes payment for the services of doctors and technicians.

“Apart from reimbursing RM470,000 for the costs incurred by the Prostheses Foundation in carrying out this programme, we also gave an additional RM130,000 donation to the foundation.

“The donation will enable them to carry out similar programmes for the poor and disabled people in South-East Asia,” he said.

The compound of the society was all abuzz with activity as a team of doctors, technicians and support staff from Thailand got busy helping the recipients put on their artificial limbs.

The team was led by the Prosthesis Foundation of HRH Princess Mother of Thailand secretary-general and consultant orthopaedic surgeon Dr Vajara Rujiwetpongstorn.