All you need for a fun wait

PENANG’S vision to be a smart city by 2025 took a big step forward with the launch of the first smart bus stop in Lengkok Tenggiri in Seberang Jaya.

The bus stop is equipped with closed-circuit television cameras (CCTVs) powered by solar panels, panic or emergency button, LED signboards, phone charger slots and a digital information board to indicate the arrival time of buses.

The CCTVs and alarm button are linked to a police station as a safety precaution.

“Penang is heading towards a smart city status by 2025 with the theme ‘Data Is King, Talent Is Everything’.

“The CCTVs and alarm at the bus stop will make the wait for buses safer at night,” he said after the launch on Monday. The phone charger slots at the smart bus stop.

The bus stop is managed by Edotco Malaysia Sdn Bhd.

Seberang Prai Municipal Council president Datuk Rozali Mohamud, who was also present, said the bus stop is among 1,129 bus stops on the mainland and it would benefit over 18,000 people living nearby.

“A total of 45 bus stops are rented out for advertising purposes in Seberang Prai and this is one of them,” he said.

The implementation is in line with the Chief Minister’s Penang 2030 vision of a family-focused, green and smart state to inspire the nation. 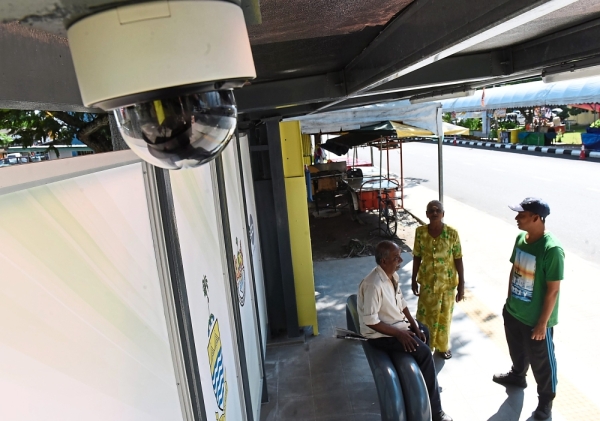