Stage for youths to show talents

Raja Azureen (left) says it is imperative that children are given an avenue to exhibit their talents. This was witnessed at the charity bazaar where there were stalls selling local handmade crafts, food and beverages.

DESPITE only having their first rehearsal a week before, the organisers and young performers of Tirai 2019 managed to put up a great performance on stage.

More than 200 children and youths participated in Tirai 2019: The Legend of Bidasari and Showcase by Alam Kreatif, which is Pusat Kreatif Kanak-kanak Tuanku Bainun’s (PKK Tuanku Bainun) annual showcase and charity bazaar.

The showcase is a culmination of what the children have learned over a one-year programme.

“The showcase is to celebrate our children’s achievement, we want to give them a stage to perform on,” he said. 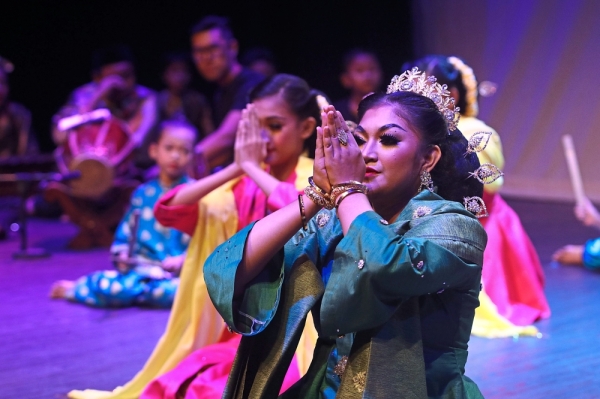 “Everyone learns through experience, it gives them confidence and a new context to know themselves better.

“Even stage production management is a skill that can be learned, like how things work behind the scenes.”

The Legend of Bidasari is an adaptation of the book Bidasari and The Djinn by Ninot Aziz.

Bidasari has deep roots in ancient Nusantara myths and tales and is said to be the precursor to the famous tale of Sleeping Beauty.

Muhammad Arsyad said he chanced upon the story.

“It is an interesting story that can translate well on stage. 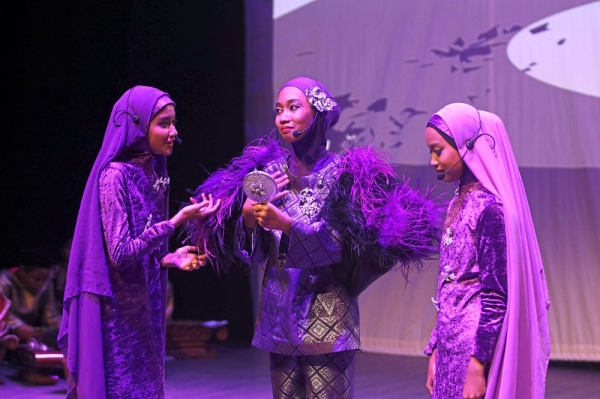 Malaysian fashion label Behati conceptualised and produced the costumes for the cast.

“It is also relevant to our culture and to the children as it is part of local folklore,” he added.

The emcees for the show were children from Alam Kreatif’s 7Skills class.

PKK Tuanku Bainun is a non- profit organisation with a mission to provide a safe place for children and youth from the ages of seven to 17 years to explore and develop an appreciation of the arts, heritage, culture and nature.

The sponsored classes were supported by Yayasan Hasanah.

PKK Tuanku Bainun chairman Datuk Seri Raja Azureen Sultan Azlan said, “It is imperative that children are given an avenue to exhibit their talents.

“Through our annual showcase, we hope to instil a sense of confidence, satisfaction, value and respect for themselves and others who come from learning the arts.”

There was also a charity bazaar with stalls selling local handmade crafts, food and beverages.

A percentage of the sales from vendors were donated to Alam Kreatif children’s programme. 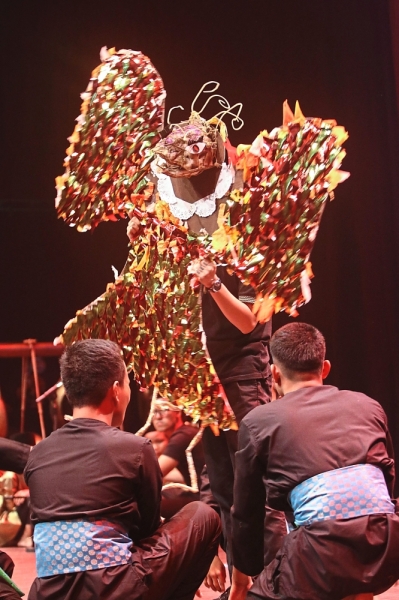 The ancient beast in The Legend of Bidasari. Props were created by the programme’s visual arts students.

Partners for the event were Malaysian fashion label Behati, which conceptualised and produced the costumes for the cast, Project ID as well as Cikgu Huda, a freelance artist who designed the background for the production.

He researched traditional Malay attire and also visited the textile museum, but added his own interpretation and a contemporary spin to the designs.

“Bidasari is a way to present our brand in a different setting as there is a fantasy element to it.

“I work with PKK very closely because I think nurturing the creative talents of children is very important,” he said.

Kel’s ready-to-wear Raya collection will feature outfits for the entire family. He will also showcase his designs at this year’s KL Fashion Week.