Quiet in Lorong TAR, all busy in Jalan Raja

Rudiah feels there is breathing space for the retail shops in Lorong TAR now that the Ramadan bazaar has been relocated.

UNLIKE previous years that saw Lorong Tuanku Abdul Rahman (TAR) and Jalan Masjid India filled with Ramadan bazaar stalls, this year those streets and the back lanes in the area are quiet.

Although she misses the festive air in the area, textile shop assistant Rudiah Ismail said there was more breathing space for retail shops now following the relocation of the Lorong TAR Ramadan bazaar to Jalan Raja.

“Previous years, we (retail shops) were blocked off at the front and back by traders and their makeshift stalls. It was hard for our customers to get to us,” said Rudiah. 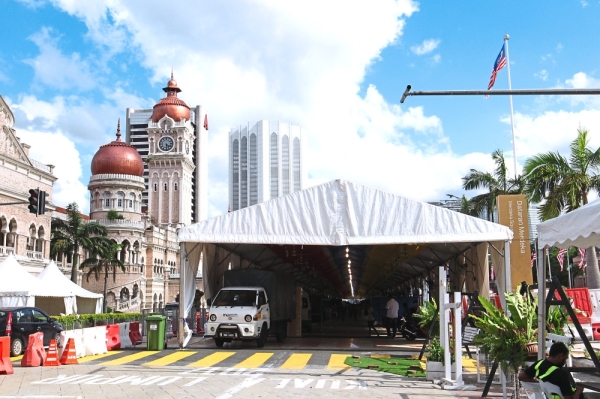 The Ramadan bazaar along Jalan Raja has a tent to shelter traders and visitors from the harsh weather. — Photos: ART CHEN/The Star

Traditional garment seller Akid Hazim, however, is disappointed with the absence of the bazaar. He is worried that business will be affected.

“In the past, when the Ramadan bazaar was in Lorong TAR, shoppers from as far as Indonesia and Brunei came to shop here,” he said, unsure if foreign shoppers would be willing to go to Jalan Raja.

“We normally go to the bazaar to buy food for breaking of fast. Now we have to go all the way to Kampung Baru. It is not convenient to walk all the way there,” she pointed out. 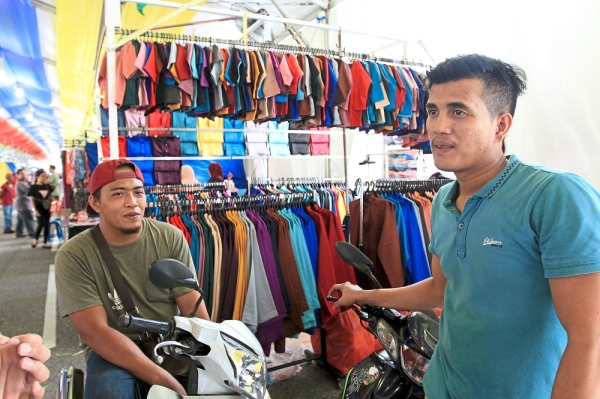 Faiz (right) hopes he can turn a profit at the Jalan Raja bazaar after investing RM70,000 in his business. — LOW LAY PHON/The Star

But in Jalan Raja, things were swinging into action as the majority of the stalls were operational.

Cookies seller Zaidi Mohd Nor is more modest in his expectations.

“I spent RM15,000 to set up this business. I will prepare more cookies when the second half of the Ramadan month arrives,” he said. 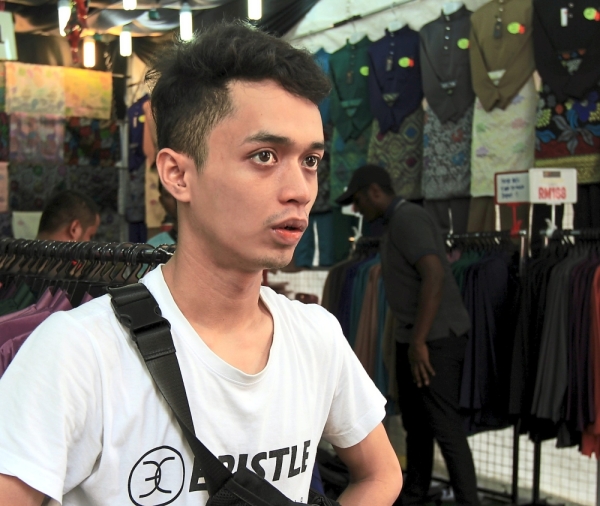 Akid misses the buzz of activity at the old location.

On conditions in Jalan Raja, Zaidi said the uptake was still slow unlike the old location where stalls would be set up and ready for business three days before the start of Ramadan.

The relocation of the bazaar, he said, had one plus point, which is the 60% reduction in licensing fees, deposit and cleaning charges imposed by DBKL.

In the past, when the bazaar was still in Lorong TAR, he paid three times more to rent a lot from one individual.

Juice stall assistant Syerren Aeffa said as the majority of customers in Jalan Raja were expected to be tourists, there should be a booth set up at the front end of the bazaar to explain local products to them.

“We have seen many tourists  but I don’t think they know our products. Zaidi is happy about the affordable lot rental rate.

“An information counter will help and for now we will have to step up our sales pitch to motivate more people to buy,” said Syerren.

When met at a buka puasa function, Federal Territories Minister Khalid Abdul Samad urged everyone to give the new place time.

He reaffirmed that the Jalan Raja bazaar would remain in the location.

He assured traders that they need not worry about business there as DBKL would work with the Tourism Ministry to promote the bazaar.

“We will work together to sell this idea,” he reiterated.

He said Jalan Raja was hardly a “dead end” for foot traffic as described by critics.

He pointed out that it was less than a three-minute walk to the River of Life project and the heritage quarter of Kuala Lumpur where there are scores of eateries and businesses.

Conditions at the new bazaar were far more comfortable than the previous site where shopping meant having to also deal with snarling traffic congestion and jostling crowds. 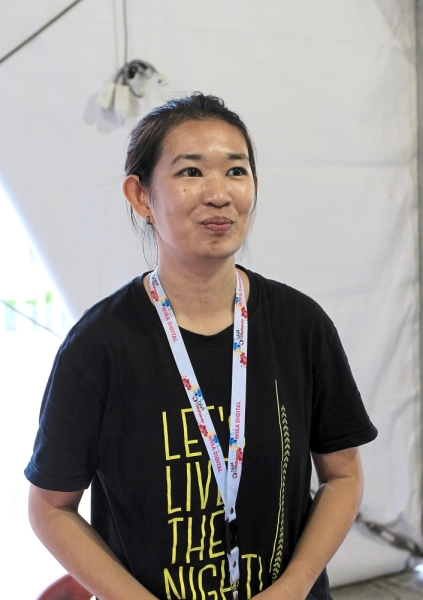 Syerren says more tourists are expected at the new location.

“Now shoppers can relax in the park after shopping at Jalan Raja,” said Khalid, who recommended late evenings as the best time to visit.

In response to talk that traders planned to boycott the bazaar, Khalid said DBKL would not hesitate to forfeit lots if traders did not show up.

“There are plenty of others who want to trade here (the Jalan Raja bazaar),” he said.

He said the relocation was necessary as it played a role in facilitating plans for a weekend pedestrian mall in Jalan TAR, which is closed off from traffic on Saturday and Sunday.

Khalid said after a discussion with Masjid India Business Association and Batu Road Retailers Association members, it was decided that traffic would be diverted to Lorong Gombak and Lorong TAR during this time.

As such, both roads and Jalan Masjid India will have to be clear of bazaar stalls for traffic to be directed from Jalan TAR when the said road closure takes place during the weekends.

However, due to the expected increase in customer and vehicular traffic during the festive season, DBKL agreed to postpone the weekend closure until after Hari Raya.