THIRTY students from Institut Latihan Perindustrian (ILP) Kepala Batas thrilled the crowd and kept the Boria art alive through their performance at the institute in Bertam on the Penang mainland.

The event was organised by National Department for Culture and Arts, under the Ministry of Tourism, Arts and Culture.

Department state director Mazidah Mustapha said the event was the continuity of a successful programme to teach students to perform the Boria.

Boria is a Malay theatre play of Indian origin, performed by comedians and musicians, that began in Penang in the mid-1800s. The tukang karut (storytellers) delivering a sketch before the start of a Boria performance at ILP Kepala Batas, Penang.

Mazidah said one of the main objectives of the programme was to pass on the traditional performing art to the younger generation.

“In Penang, the art of Boria is well received by all communities,” she added.

She also hoped that the newly trained participants would share their knowledge with others.

“If it is not taught to the younger generation and promoted, many people may not know about it. If we do not preserve all we have, it will slowly fade away,” she said. Silat exponents giving a demonstration at the event.

Mazidah said it took about six months for the students to learn the dance moves and songs.

She said apart from continuing with Boria training at ILP Kepala Batas next year, the department might also look into training students at other institutions of higher learning. 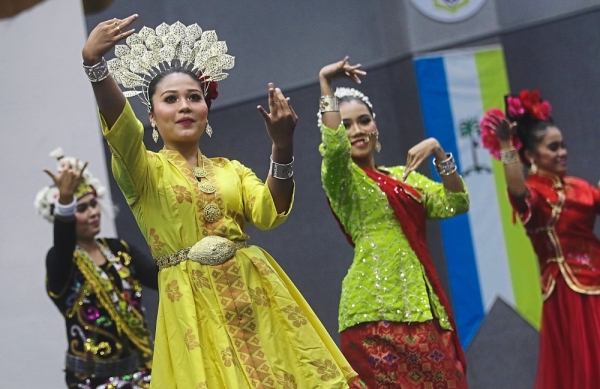