Musical feast in PJ end of the month

(Left) Lindsay will sing songs from ‘Phantom of the Opera’.

THE excitement surrounding the rock band Queen following the successful biopic Bohemian Rhapsody, will continue in Kuala Lumpur with “Stars of the West End Sing the Rock Musicals” taking the stage at Sunway Resort Hotel & Spa on April 28.

The show, produced and presented by British Theatre Playhouse in association with Worldwide Entertainment, will see the coming together of four leading West End casts from London who will perform a medley of favourite anthems from smash-hit musicals in which they were the leading stars.

The casts will sing iconic and legendary songs from highly acclaimed musicals like We Will Rock You (Queen), Thriller – Live (Michael Jackson), The Bodyguard (Whitney Houston), Tina: The Musical (Tina Turner), Beautiful: The Carole King Musical, Dreamgirls and Motown: The Musical.

Expect him to inject his performance with the exhilarating showmanship of Queen’s lead singer Freddie Mercury and the band’s legendary hits such as Bohemian Rhapsody, We are The Champions, We Will Rock You and I Want To Break Free.

One of the highlights of Afonso’s career was when he fronted the cast of the musical We Will Rock You in the opening of the handover ceremony for Olympic Games 2012 live on BBC1 and in front of Buckingham Palace.

Stepping into the roles of Whitney Houston and Tina Turner in this medley of musicals with pitch-perfect performances mirroring the two vocal powerhouses will be Carole Stennett. Stennett will be belting out songs such as Turner’s What’s Love Got To Do With It and Proud Mary as well as Whitney Houston’s I Will Always Love You and One Moment In Time. Afonso will be singing Queen’s songs.

British Theatre Playhouse Malaysia founder chairman Cecilia Leong-Faulkner said it was a dream to have four leading stars of the West End performing on the same stage.

“Stars of the West End” has toured extensively, playing in theatres and other venues across the UK and Europe since 2011.

In the effort to bring this internationally acclaimed West End sensation to Malaysia, British Theatre Playhouse is working with Sunway Resort Hotel & Spa as the show’s host and venue.

Sunway Resort general manager Roger Marcz said the hotel’s partnership with British Theatre Playhouse would help amplify and augment Sunway City’s destination appeal as a creative hub, which starts with immersive musical productions such as this.

“And it is paired with seamless integration of Malaysian hospitality, diverse cuisine, amazing retail and leisure facilities,” he said.

The Playhouse will also collaborate with Sunway Education Group in a workshop conducted by the West End casts for performing arts students and lecturers on April 29. 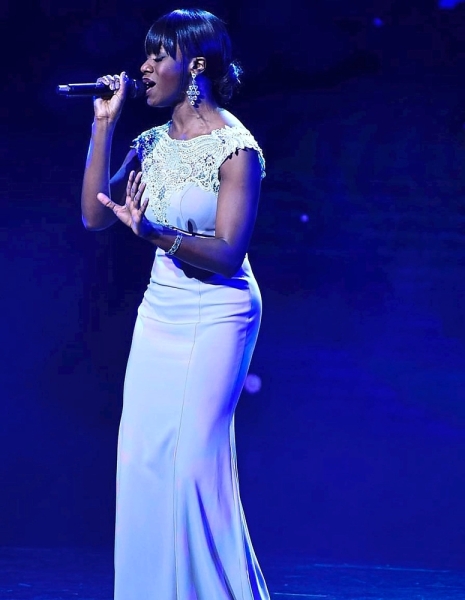 Stennett will be stepping into the roles of Whitney Houston and Tina Turner.

“We aim to entertain, and in the process, we also hope to stimulate young theatre audiences who may well be tomorrow’s actors, writers and directors. We enjoy making a contribution in this area,” said Leong-Faulkner.

Continuous support and contributions from British Airways, British High Commission and British Malaysia Chamber of Commerce to British Theatre Playhouse have also been instrumental in making this show possible as well as past shows here a success.

This stage production will also be giving back to society, by raising funds for Give Malaysia (Persatuan Amal Nasional 1Malaysia), an NGO that aims to contribute towards improving the lives of underprivileged families and marginalised communities in Malaysia. They hope to raise about RM30,000 from the sales of charity tickets to private and corporate contributors.

For more details on “Stars of the West End Sing the Rock Musicals” go to www.britishtheatreplayhouse.com or www.facebook.com/btpmalaysia/