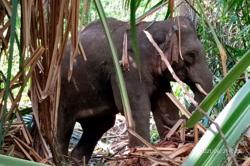 Volunteers taking a group photo under Malaysia’s first urban wildlife canopy bridge built across the coastal road in Teluk Bahang, Penang. (Below) The bridge made of firehose is tied on one end to a pole.

In a bid to prevent wildlife deaths on roads, a group known as Langur Project Penang (LPP) has built Malaysia’s first urban wildlife ‘canopy bridge’ to help them cross the road safely in Teluk Bahang.

A 5m-long firehose, known as 'Ah Lai's crossing' , hangs 12m from the ground - allowing dusky langurs, spectacle leaf monkeys and dusky leaf monkeys to travel between the fragmented forest and Teluk Bahang town to look for food.A Mickey Mouse toy was placed at the other end of the pole to attract the primates into using the bridge, known as ‘Ah Lai’s crossing’.

“They are suffering from habitat loss and this has driven them to risk venturing into urban areas for food,” she said.

“We want to promote a wildlife-friendly development to prevent sad cases of road deaths and local extinction of wildlife.

“If the wildlife can share their forest trails with us, let us share our roads with them by making them more wildlife friendly,” said Yap, a PhD student in zoology at the School of Biological Sciences, Universiti Sains Malaysia (USM).

Yap said such ‘bridges’ were used in Australia, Brazil and India to re-connect separated forest patches or habitat fragments to allow safe passage for small animals.

“We are working with the local community and governmental and non-governmental stakeholders to make this project a national long-term conservation effort.

“Besides, they are targets of active illegal poaching and wildlife trade in Malaysia as there is a high demand in the black market.

“The animals are illegally hunted for their meat for use in traditional medicine and are marketed as exotic animals to be kept as pets,” she said.

“This bridge highlights how a few committed individuals can make a positive impact for animals in human-impacted habitats.

“I’m looking forward to seeing more canopy bridges in Malaysia in the future,” she said. 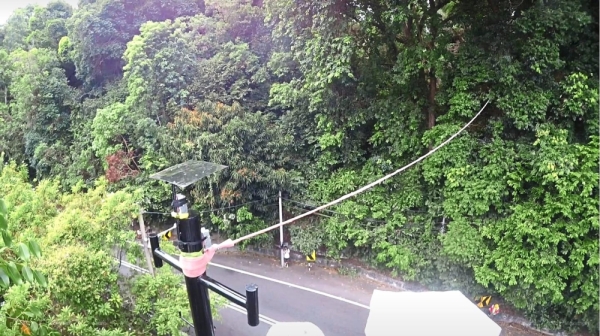 The bridge made of firehose is tied on one end to a pole.

The project was in collaboration with Animal Project & Environmental Education (APE Malaysia), funded by Disney Conservation Fund and The Rufford Foundation, supported by Tropical Spice Garden with permit obtained from JKR Pinang.

APE Malaysia representative Mazrul Mahadzir said they chose firehose because of its durability.

“This material is widely used in wildlife centres as it can withstand animal’s strength and suitable for extended use over long periods of time.

“Most importantly, by using firehose, we also promote recycling and upcycling which is a win-win for both wildlife and the environment,” he said. 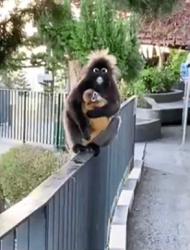 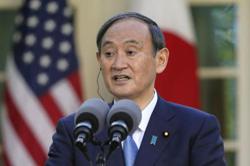