MSL is an online invitational league that provides an eSports platform for professional gaming teams from emerging countries in South-East Asia.

This season will feature top-tier teams from Indonesia, Malaysia, Singapore and Myanmar. These eight teams will compete against one another in the group stages with the top four teams proceeding to the playoffs.

This year, the Mobile Legends Invitational League by MSL will be showcased on GSC’s big screens on April 2 and 3 (11am to 7pm)

“We are thrilled to work with MSL to deliver enriching cinema experiences that Mobile Legends and eSports fans can enjoy.

“Partnerships like this allow GSC to merge the best of the gaming and entertainment industry,” said GSC chief executive officer Koh Mei Lee.

“We are also working hard on bringing other titles on board,” said Wong.

A Mobile Legends bundle priced at RM25 is now available, offering a regular popcorn combo voucher and one ticket to an eight-hour live screening of Mobile Legends Invitational Season 3 on either April 2 or 3.

The first 75 customers present at each location on the screening dates can also redeem an additional x100 Diamonds in game.

Early birds can also use a special RM5 Off promo code on the GSC website and mobile app. This promotion only lasts for the first 13 days from the bundle sale date of March 14. 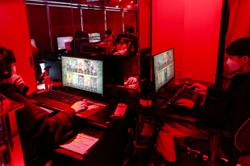