Among the new additions to i-City this year is the Central i-City Mall, a 33-storey Grade A corporate tower, and the launch of two residential blocks and retail units.

I-CITY is an exception to the notion that Shah Alam lacks entertainment venues.

Thanks to its clever blend of corporate, residential and leisure components, the entire project has become a compelling enclave within the city.

i-City has been evolving since its inception, and there are lots more to expect this year.

End of March will see the opening of its Central i-City Mall, developed as a joint venture between the Central Pattana Group of Thailand and i-City.

The mall will be augmented by 300 units of C entral Walk high-street retail outlets, offering unique lifestyle experiences for visitors.

With the opening of the mall and 92,903sq m net of leasable space, the retail development is envisioned to transform Shah Alam into a regional shopping hub and a destination of choice for cruise ships stopping over at Port Klang. 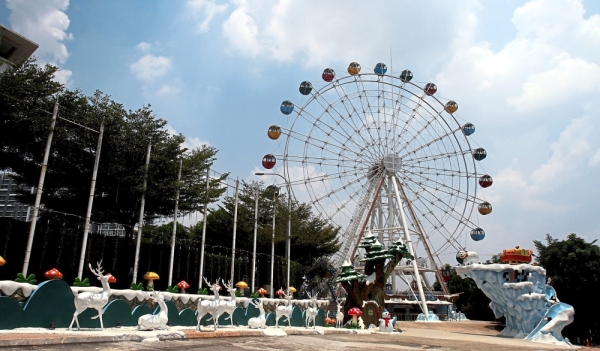 i-City’s star attraction, SnoWalk, was given a facelift with a new ‘winter environment’ entrance statement, wrapped around the Ferris Wheel of i-City

i-Berhad has always looked to enhance and upgrade its various rides and attractions to give local visitors a reason to return to i-City.

To-date, the group has invested over RM100mil in the rides and attractions, excluding land and building, since the inception of the theme park.

In 2018, i-Berhad invested approximately RM9mil on upgrades and extensions to its star attraction, SnoWalk, coming up with a new design and new zone with snowfall.

The City of Digital Lights was given a winter environment via a new entrance statement wrapped around the Ferris Wheel of i-City.

Following the opening of Red Carpet 2 at Central Walk, i-City also introduced other new attractions such as the Circuit de Monaco, an exhilarating indoor go-kart ride, and Bowl of America, which provides a full-fledge, non-assisted bowling experience. 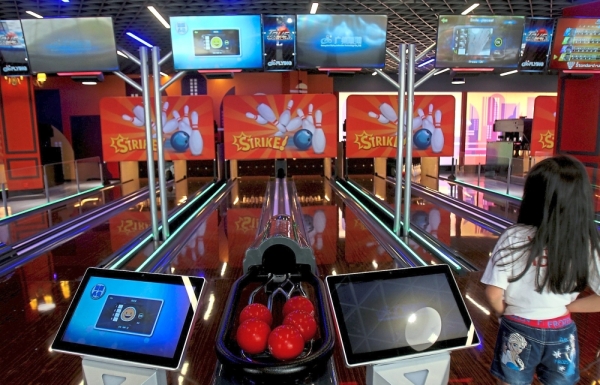 Among the new rides and attractions introduced this year is the Bowl of America.

i-City attributes the draw of domestic and international visitors to its close work relations with the Tourism, Art and Culture Ministry and Tourism Selangor, the recognition of i-City as one of the world’s most colourful and brightest places by CNN Travel, and social media postings of visitors, all of which have provided international exposure.

Setting its sights on residential and commercial developments, i-City will be gearing up for the launch of two residential blocks and retail units.

This year will also see the completion of the 33-storey Grade A corporate tower which is equipped with Artificial Intelligence (AI) technology.

The group is targeting 12 million visitors to its Leisure Park this year, once the enhancements, Central Walk and i-City Convention Centre are completed, as well as the opening of Central i-City shopping centre.

To continue growing and staying relevant to the community, one has to move with the times.

i-City has kept up with technology advancement to ensure that its infrastructure, services, facilities and properties are compatible with the lifestyle of the younger set, its primary target audience.

Within the landscape of Selangor, i-City is well-positioned as the heart of the “Golden Triangle” of the country’s most progressive and developed state. Some of the attractions at i-City.

To achieve this, efforts have been made to ensure that the development has extensive and comprehensive connectivity, featuring modern amenities such as the Internet of Things (IoT), AI technology and a development concept which caters to both international and local players.

For the convenience of visitors, the group has introduced an i-City Mobile app which has seen strong growth since it went live in June last year.

The app was designed as part of its cashless city digital plan to serve the community, and has more than 15,000 active users.

The app, mostly used at i-City Leisure Park, provides convenience as an e-wallet for visitors to load points, purchase tickets, pay for services and at the same time, enjoy loyalty points, special discounts and notifications on the latest promotions and campaigns.

The app also guides users within i-City and its coverage will be expanded, following the completion of new projects.

By the second and third quarters of this year, the app will be upgraded to include other functionalities such as accessing carparks within i-City as well as acceptance of i-Points by participating merchants within the area.

The following phase of the mobile app development will see an extension of its use beyond Leisure Park@i-City, whereby it will focus on providing functions beneficial to the community living in i-City.

Building on the Smart City concept, the development is being developed with a broadband fibre optics backbone, offering high-speed broadband connectivity throughout its development.

Being an MSC Malaysia Cybercentre and the first development in Malaysia with its own last-mile infrastructure and data centre on-site, it provides a destination of choice and ecosystem that can attract both local and foreign investors and promote the growth of the ICT industry.

In the midst of growing its developments and tech-savvy services for those in i-City, green efforts have not been forgotten.

Leisure Park @i-City utilises millions of LED lights for its lightscape installations at its City of Digital Lights attraction.

i-City has also embarked on tree-planting efforts within its development, and has planted some 80,000 trees since its inception.