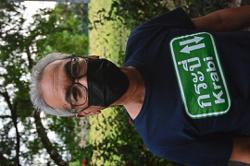 In KEEPING with the quick progress of its earlier projects, SkyWorld Development Group is aiming for an early handover of its SkyAwani 2 Residences in Sentul this year, ahead of a 2020 deadline.

Currently, 70% of construction for SkyAwani 2 Residences has been completed, said SkyWorld founder and group managing director Datuk Ng Thien Phing at the building’s topping off ceremony.

“SkyAwani 2 Residences is expected to be completed by the end of the year.

“We would not have been able to achieve this without support from all parties and our partners, especially the Federal Territories Ministry, Kuala Lumpur City Hall, our main contractor Sri Binaraya as well as Maybank,” he added.

The ceremony, which marks the symbolic completion of the building’s structural phase, was attended by Federal Territories Minister Khalid Abdul Samad.

SkyAwani 2 Residences, which is under the Residensi Wilayah affordable housing programme, spans 1.13ha and has 1,905 units. Each 800 sq ft unit, sold for RM300,000 has three bedrooms and two bathrooms.

Khalid said the developer’s commitment to quality projects should be praised and emulated by others.

“I believe that the Residensi Wilayah projects developed by SkyWorld provide value for money,” he added.

The project is expected to undergo the Construction Industry Development Board’s Quality Assessment System In Construction (Qlassic) in June, with the aim of achieving a rating of above 70%.

Ng said although there are an average of 7,600 construction projects every year, only 4.1% of all developers complied with Qlassic standards.

He also reaffirmed the company’s commitment to comply with Qlassic’s standards for all its projects, with its Quality Centre acting as a benchmark.

“Our vision is to be the best city developer that provides the ultimate Sky Living experience in a sustainable environment.

“Be it for affordable apartments or exclusive condominiums, we are committed to our three key strengths – value creation (strategic location and quality finishing), integrated Sky Living experience (good amenities and facilities) and innovative designs and concepts,” he said.

It has won multiple awards for its affordable price, practical layout and full-fledged condominium facilities.

Thus far, the city developer has already launched three affordable housing projects under SkyAwani and is expected to launch the fourth project, SkyAwani 4 Residences, this year.

Ng said SkyWorld was in full support of the government’s objective to build a million affordable homes in the next 10 years.

“We hope that the government can assist developers in reducing costs in terms of land as well as charges such as stamp duty, land premium as well as lease extension and development order charges.

“This will reduce the cost of construction and the savings can benefit first-time house buyers under the Residensi Wilayah programme,” he said.

Ng added that banks should also be more flexible in terms of loans and lower interest rates to first-time buyers.

SkyWorld is one of the biggest contributors to the Residensi Wilayah programme, having launched 3,839 units under the series thus far.