The lion dance on stilts performance mesmerising visitors with its acrobatic moves.

VISITORS to the Lunar New Year 2019 Get Together at the Seh Tek Tong Cheah Kongsi in Armenian Street, Penang, were treated to a plethora of Chinese cultural performances.

“This is the second year we are having the performances for the general public, so as to be connected to society. Drummers heightening the occasion with a robust performance.

“Most significantly is the promotion of the Hokkien dialect orminnan yu this November and we also have plans to produce a book to record the history, restoration and the future plans to preserve the culture and language,” he added.

Chief Minister Chow Kon Yeow congratulated Cheah Kongsi in his speech, saying that the efforts in organising the annual traditional Chinese New Year event will become one of the annual activities in George Town. 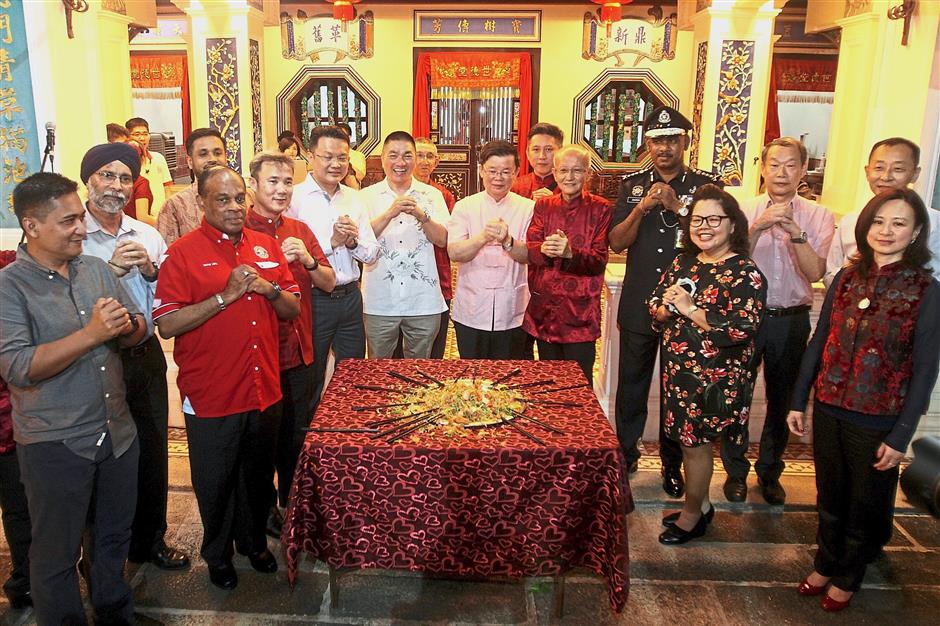 “This celebration within the magnificent premises will become an added value for George Town to attract more tourists and visitors to Penang,” he said.

Guests were treated to a generous buffet spread of local delights.

Chow and VIP guests then joined in for a yee sang tossing while wishing for good health and fortune in the new year.