Building bridges of hope for refugees

Anna is in charge of quality control at the training centre. She hopes to someday set up her own business and hire orphaned refugees.

NELSON Mandela says it best when he talks about poverty and dignity.

“Overcoming poverty is not a gesture of charity. It is an act of justice. It is the protection of a fundamental human right, the right to dignity and a decent life,” so goes the famous quote by Mandela, which speaks volumes about the right to a better life.

Equipping the underprivileged with education and skills can help them escape the clutches of poverty and lead dignified lives. 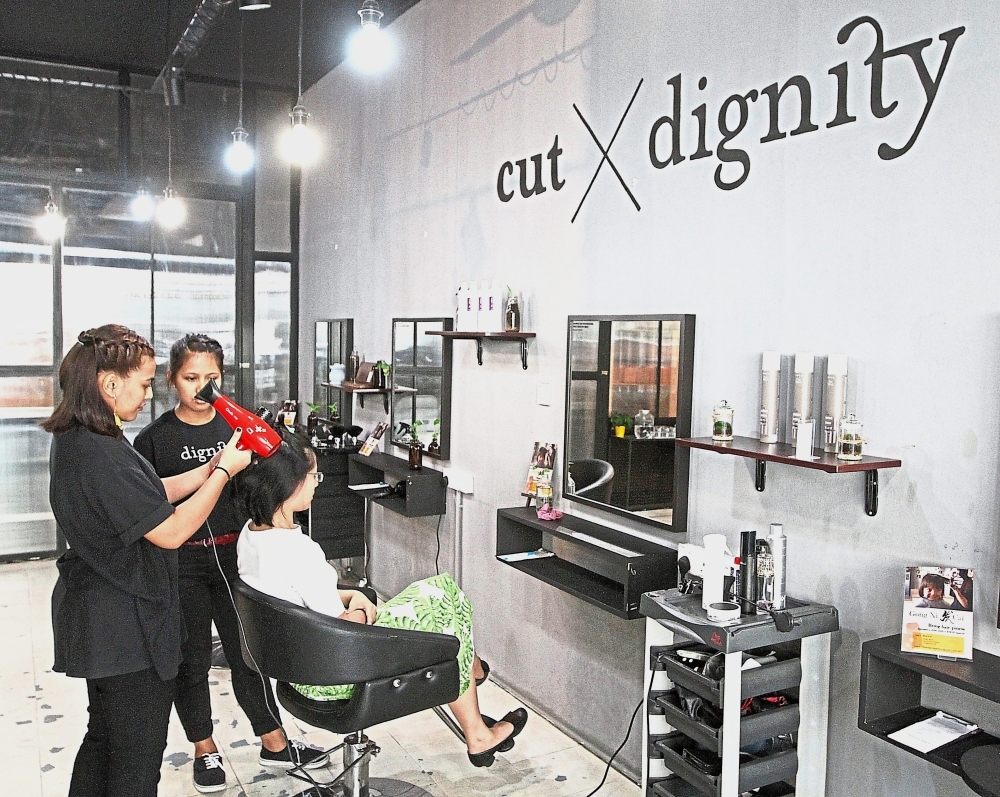 Fatimah (left) and Priska plan to run their own business someday with the hair-styling skills they acquired at Cut X Dignity.

Dignity for Children Foundation had this in mind when it set up three social enterprises with the aim of helping refugees and local teenagers from poor families attain both academic qualifications and job skills.

The foundation believes that having an education and being equipped with skills are necessary stepping stones to a better future.

Since 2015, the foundation has been running three social enterprises – a restaurant, hair salon and tailoring shop – in Sentul Raya Boulevard in Sentul, Kuala Lumpur.

Myanmar refugee, Anna, 19, has a role to play at Sew X Dignity. She also gets a secondary education at the foundation.

Anna, who is in charge of quality control, checks on projects done by juniors at the training centre. 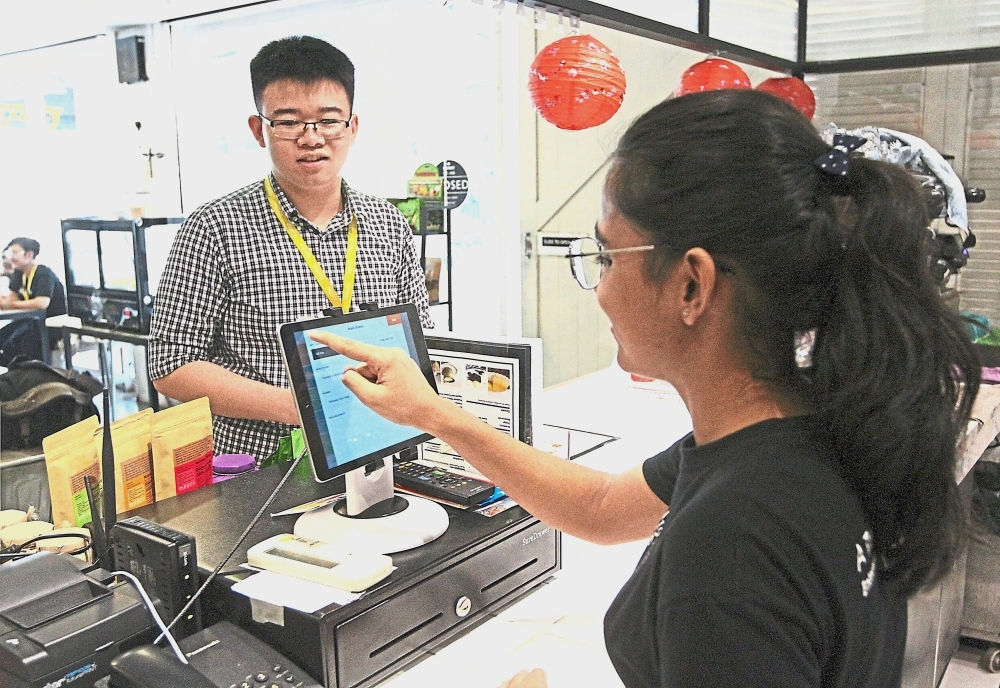 Phatimah (right) says she makes good pasta and wants to set up a cafe in the future.

She hopes to set up her own business and hire orphaned refugees.

Anna admits to being less academically inclined and prefers sewing.

“I was in a different school before I joined Dignity.

“At my former school, we were separated based on the language we spoke.

“I did not like that arrangement because I was eager to learn English and skills that would enable me to be a boss someday.

“I am a refugee, and life is hard for me despite having parents. My friends, who are orphans, are worse off and I want to help people like them,” said Anna, who has been living in Malaysia under the United Nations High Commissioner for Refugees (UNCHR) programme for the past seven years.

Anna said although she has experienced kindness during her stay here, she hopes the public does not look down on refugees as everyone deserves to be respected. 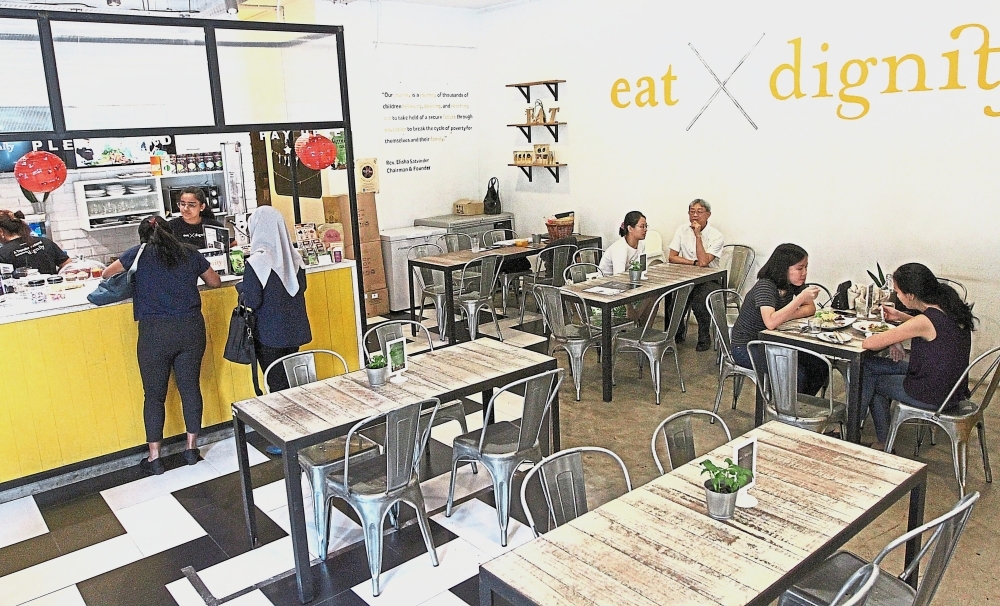 The foundation set up Eat X Dignity to give refugees and the underprivileged culinary training.

“We come from a disadvantaged background. We pay extra for our education and medical needs. Job opportunities are also limited. Skills’ training gives us hope for the future,” said Anna.

The hairstylist at Cut X, who speaks fluent English, said her training has enabled her to work and train others at the hair salon.

She said locals had numerous misconceptions of refugees, assuming that they were ignorant of happenings in Malaysia.

“We keep ourselves informed and understand the political scene in Malaysia,” said the Myanmarese who has completed her secondary education.

Fellow national Priska, 19, who will be returning to Myanmar at the end of the year in accordance with a UNCHR agreement, plans to open a hair salon.

She said the skill she has picked up as a stylist at Cut X would come in useful. Petrina says she set up Dignity because she wanted to help address the problem of children among the urban poor who are not getting an education.

“I learned how to cut hair with other refugees as my customers. I am confident I can handle any customer,” she said, adding that she has experienced both overwhelming kindness as well as social non-acceptance as a refugee during her stay in Malaysia.

“I have met very nice Malaysians who sincerely care about us.

“I have also met those who will abruptly stop talking to us when they know we are refugees. I hope people will treat everyone the same,” said Priska.

Phatimah, a Muslim from Myanmar, has abandoned her plans to become a lawyer and is setting her sights on opening a cafe in future.

“I want to set up a cool cafe someday. I used to dislike cooking in the past, but decided to pick up the skill. I think I make good pasta and have become better at making drinks,“ said Phatimah, who gets her training at Eat X.

She said she was happy to have been given the chance to study at the foundation and acquire skills at the cafe.

People behind DignityPetrina Satvinder, 52, and her husband, were burdened to learn of the large number of children not getting an education among the urban poor.

She set up Dignity in 1998 to help address the problem.

The foundation eventually turned its focus to educating and empowering children with refugee status, and set up the three social enterprises.

“It is a challenge against time as children grow up fast, and without skills, they will not head down the right path or contribute positively to society.

“Commercial sectors will not be keen or even have time to train such children. Some of them even lack basic skills, such as using a pair of scissors.

“Besides giving them education, we give them skills training so that later, they can apply anywhere and generate an income.

“We also teach them English so they can converse fluently and carry themselves confidently, and not be taken for granted,” said Petrina.

She added that the foundation plans to set up Grow X, which will focus on organic gardening as well as bake X which will teach its students baking skills.

Public support is encouraged to help uplift the lives of the marginalised.