A drone operator manoeuvring a drone at a slope in Chenor, Maran to check on conditions.

KUANTAN: Over the past few years, drones have become central to the functions of various businesses, governmental organisations and even individuals.

As the second largest highway concessionaire, by distance of highways operated in the country after PLUS Expressways, Anih Berhad is also using drones to monitor slopes along its highways.

Known as unmanned aerial vehicles, miniature pilotless aircraft or flying mini robots, the drones are also being used to monitor traffic flow, particularly at the toll plazas during festive seasons where volume of vehicles using the highways was high.

Anih Berhad asset management department senior manager Rosli Ahmad said drones were used during rush hours to scan areas and were proving to be extremely versatile in places where man cannot reach or unable to act in a timely and efficient manner.

The Karak-Kuala Lumpur Highway and the East Coast Expressway Phase 1, which is a 250km stretch starting from the Gombak toll plaza and ending in Jabor, has some 2,058 hillslopes that need to be constantly monitored to detect and avoid any possible mishaps, including landslides.

“I have to admit, though, that it is an expensive operation, as one drone costs about RM25,000.

“We now have six units in operation and maintaining them is costly as well. However, compared to using manpower, drones actually reduce costs in terms of time and other related management works. 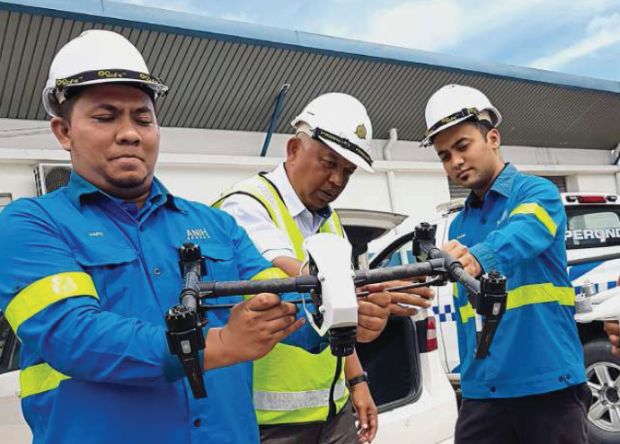 Rosli (second from left) with Anih Berhad drone operators checking on a machine at its centre in Temerloh, before using it to carry out surveillance work.

“Our previous methods of air surveillance, where we used helicopters, was more costly and not so efficient,” said Rosli.

He said whether controlled remotely or accessed via a smartphone app, the drones could reach the most remote areas with little or no manpower needed.

“Sometimes, we are unable to check on certain areas or slopes because of limitations in our operations such as time factor and the wide area of coverage.

“During the monsoon season, if we do not check, landslides could happen and the cost of remedial works will probably be higher, besides causing other problems like disrupting traffic flow in the affected areas.

“It is our commitment and responsibility to ensure the highway is well maintained, not only on road conditions and cleanliness but also on the condition of hill slopes as they are sensitive to various factors like continuous downpour and soil erosion,” he said.

Rosli said once the drones detect problems and photos or videos of slope conditions were taken and studied, further action will be taken immediately if required, like laying plastic sheets as a temporary measure to prevent further erosion.

He said successful cases using drones included a potential landslip on a hill at KM53 in Lentang, Bentong.

“That was in November 2015. We spotted soil erosion on the slope with a possibility of a landslip occurring there, and carried out remedial works. Without the drone, we may not have seen it,” he said. 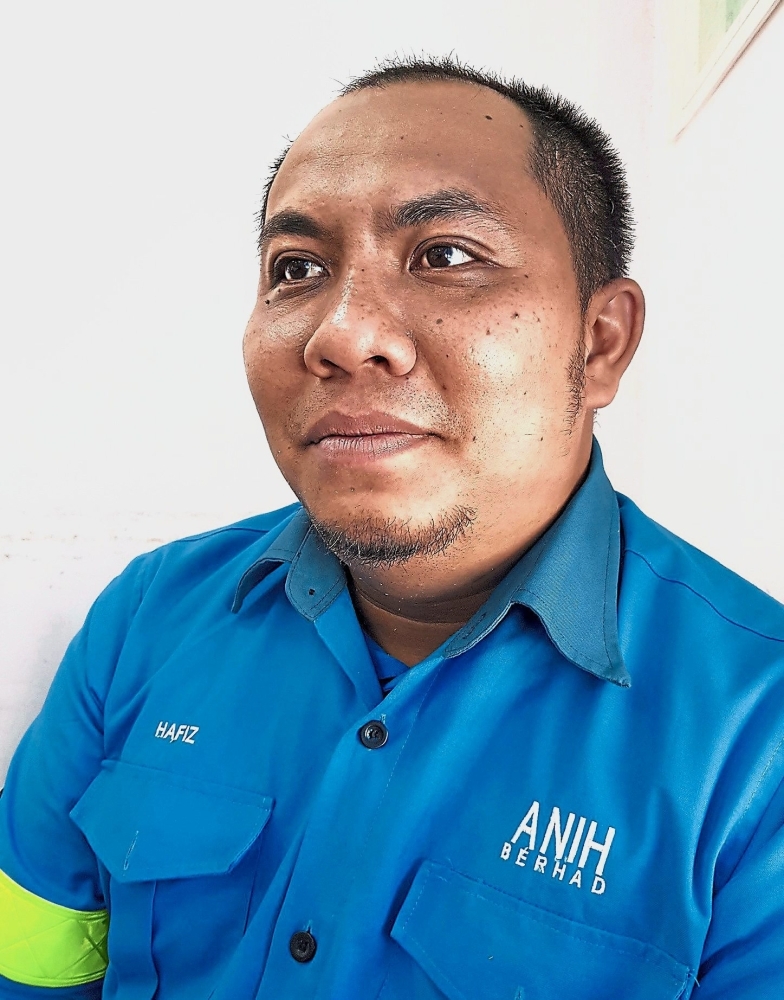 Drones are convenient tools that save the concessionaire time and work, says Mohd Hafiz.

Each drone, he said, can be operated for about 20 minutes, and could fly up to 7km in distance.

“We usually stop using them before the warning lights come on or the batteries are used up.”

Besides monitoring slopes, the drones are also used to check on activities like tresspassing.

“This is because there have been cases where some people have cut fences put up along the highway to enter prohibited areas,” he said.

“Only six operate them while the others assist.”

A member of the operations crew, Mohd Hafiz Mohd Khadzi, said drone operators had to undergo training to learn the right operating techniques.

“We have to be skilled enough to prevent the drone from crashing, malfunctioning or even from being attacked by birds.”

The senior technician said drones were convenient tools that saved the concessionaire time and work.

“It helps to locate problems in advance or when minor and gives us a chance to prevent them from becoming a major disaster,” he said.