Rumawip to be rebranded as Residensi Wilayah “Its concept remains the same – that of an affordable home for first-time house buyers. It is not the same as PPR or low-cost flats,” he said.

“What is different about Residency Wilayah is that it is an upgrade in terms of size, has better quality and finishing, and lower density.” 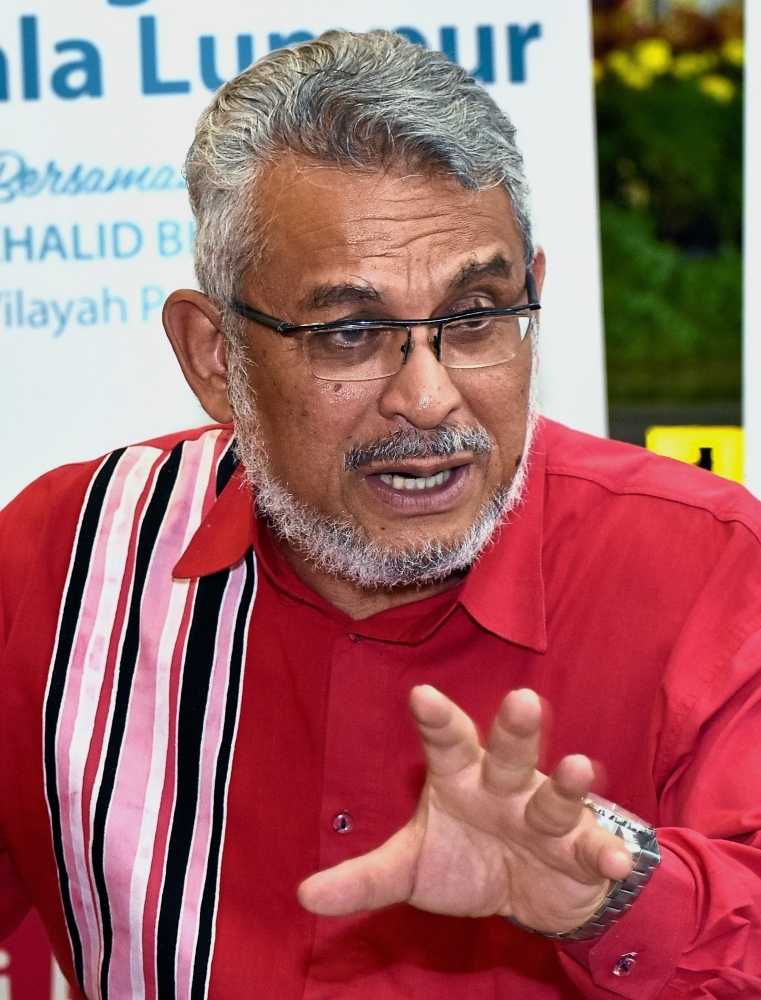 Khalid says the density of Residensi Wilayah will be lower compared to Rumawip.

“If a Rumawip project previously had about 400 apartment units, a Residensi Wilayah project would only have about 250 units,” he said.

“However, the apartment price would remain capped at RM300,000 per unit to retain its affordable homes concept.

“The Residensi Wilayah homes are for the middle-income group, such as professionals, newly-weds and those looking to buy their first homes.”

Khalid said the Residensi Wilayah homes could be built on government or private land.

“We will work with private developers and offer them incentives to encourage them to build Residensi Wilayah homes, such as lower premium rates and lower development charges.

“We are targeting to launch 10,000 units by this year, although they will only be completed around 2021,” he said during

an interview on the ministry’s plans for FT Day, which falls on Feb 1.

On the availability of land in Kuala Lumpur for Residensi Wilayah homes, Khalid said there were still some available, after the Negotiations Task Force was able to cancel or renegotiate some dubious land deals last year.

“Kuala Lumpur City Hall (DBKL) was able to acquire an additional RM149mil in revenue, after 23 out of 97 land transactions were renegotiated with developers and landowners.

“There were 10 projects that were cancelled and developer’s deposits refunded, so the land

has been returned to DBKL,” he said.

Khalid said the FT Ministry was also looking at urban redevelopment of parts of Kuala Lumpur, where dilapidated and old walk-up flats could be redeveloped with Residensi Wilayah affordable homes, and the existing residents getting new units for free.

As the FT Ministry’s portfolio has expanded to include the National Landscape Depart­ment, Khalid said they were also looking at gazetting existing parks into national parks of at least 81ha in each state nationwide.

“The concept is to have large-scale parks in each state, like that of Hyde Park in London,” he said, adding that Taman Tugu would be among the designated parks for Kuala Lumpur.

“We are hoping to include Taman Rimba Kiara as well, although that would be challenging due to the issues associated with the park.

“We are looking at protecting and gazetting the available 5.3ha for the national park, renegotiating with the developer to include as much as possible the 4.9ha land the previous administration rezoned for development to be included as the park, while also ensuring the longhouse residents get their homes.”