Hikers warned to stay away

(Left) Bukit Saga is in a forest reserve and should be off limits to hikers. — Filepic

“The area is an active construction site and only authorised personnel are allowed in,” he said.

Faizal added that hikers force open the hoarding around the site to access the hiking trail at Bukit Saga.

“Even with signs to clearly indicate that no one is allowed in, they still come in,” he said.

Faizal cited a rockfall incident in January last year when a huge boulder fell from a height of more than 35m from the SUKE construction site into a pool of mud, covering cars and houses. Ten houses along Jalan Saga 28 were affected.

Faizal was speaking at a dialogue with members of the Selangor Bukit Ampang Hikers Association.

Lai said his office would be working with SUKE, MPAJ and the Selangor Forestry Department to determine a suitable hiking route once the project was completed.

“Bukit Saga is a forest reserve and comes under the purview of the forestry department.

“Hikers should not be climbing here. Nevertheless, we are in discussions to find a safe hiking trail when the major physical works are completed by the middle of next year,” he said.

Under Section 47 (1) of the National Forestry Act 1984, only authorised persons can enter a forest reserve.

Also in the pipeline is an estimated RM3mil food and recreation centre that will be built at the foothills of Bukit Saga once SUKE and a nearby housing project are completed.

“The roadside stalls at Jalan Saga 29 will be relocated there, which is more suitable than the current location which is by the side of a steep slope,” he said, adding there would be parking bays and toilet facilities.

Hiker Chai Meng Weng said most of the trespassers were outsiders.

“We are hoping to find an alternative route that would be more suitable,” he said, adding that 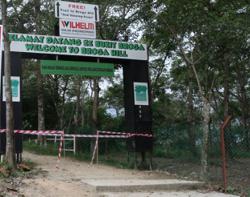 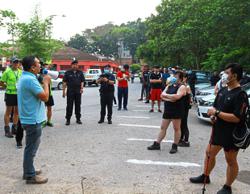 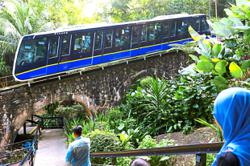