The history of Ho Kow is highlighted at the entrance of Hainan Kopitiam.

PETALING Street, dubbed Kuala Lumpur’s Chinatown, used to be the main place to shop for Chinese New Year (CNY) goods before the 1990s.

Vibrant red lanterns would don stall fronts, while other decorations such as pink petals of cherry blossom, greeting cards as well as colourful ang pow packets would be displayed to attract customers preparing for the festival.

There was no shortage of must-have traditional foodstuff such as mandarin oranges, waxed meat and assorted cookies, offered by the hawkers at competitive prices.

During the actual Lunar New Year celebration itself, dragon and lion dance performances were a treat for locals and tourists alike. This would be accompanied by loud banging of drums, and festive music and songs. Some people feel, however, Chinatown is slowly losing its appeal. As such, they want to revive the popular area that has been in existence since the 1880s.

One of them is Hermes Mah, the director and co-founder of Hup Zhong Fu Heng Sdn Bhd (Hup Heng), a marketing company.

“When I asked my friends if they still go to Petaling Street, most of them shook their heads. It has changed from the ‘Chinese street’ that we knew. Now, mainly foreigners and fake goods dominate the area.

“Back in the day, this iconic street used to be the only place to shop for Chinese New Year goods besides Sungei Wang,” said Mah.

“It was so happening then. We want to revitalise Chinatown, and bring back its past glory and charm.”

Joining Mah in this endeavour are Wong Lee Leng, Raffles Wong and Edward Low, who were also directors and co-founders of Hup Heng. (From left) Low, Mah and Lee Leng said they are trying to bring back Petaling Street’s former glory and preserve its business brands.

They have proposed to organise a Chinese New Year carnival before the start of the big day to Kuala Lumpur City Hall (DBKL).

The carnival is supposed to be a three-day affair, showcasing long-forgotten Chinese opera and other facets of art and culture, along with the usual sale of traditional foodstuff and CNY paraphernalia.

“The idea is to mimic Hong Kong’s Temple Street that has a strong Chinese culture, where people go to shop for flowers and bak kwa, among other necessities for the new year.

“This will help bring in the crowd to Petaling Street. The proposal has not been approved by DBKL yet; we are hopeful that it will go through,” said Mah, adding that after Chinese New Year, their plan is to transform the area into a permanent art and cultural street.

“We will fill it up with hawkers and craft stalls, and this will be different from the usual pasar malam.

Old shops and stalls that were long established in Petaling Street have become part of landmark stops that have stood the test of time.

They form part of Chinatown’s identity, a heritage that old-timers can relate to. For example, the mere mention of a confectionery shop will lead you to a century-old Chinese pastry shop, Fung Wong Biscuits, that has been there since 1909.

“We strive to preserve these brands, and inject them with a new lease of life that would pave the way to expanding the art and culture scene.

“Rather than hoping for other people’s funding, it is better to craft a commercial-based business model that is able to sustain itself,” Low said.

This is where Hup Heng comes in.

Low said the art and culture industry in Malaysia was still at its infancy stage.

“Our approach is simple: to commercialise these for profits. All our projects will be based on this foundation. If we do not do it now, it will all disappear,” he said.

Another example is the Ho Kow Hainan Kopitiam. 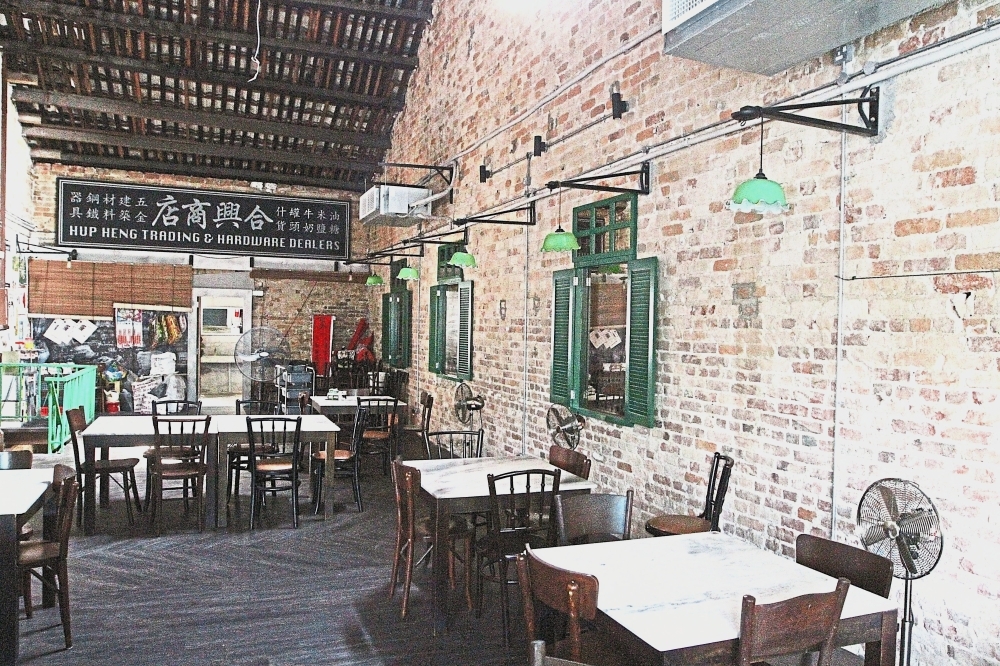 The second level of Ho Kow Hainan Kopitiam is filled with old tables and items from the past.

The alley was known as “Little Ghost Lane” because people who frequented gambling halls, opium dens and brothels congregated there.

Its name changed to the current one when Ho Kow took over the business, selling Hainanese goodies like tea, soft boiled eggs and toasts.

Fate intervened when the shop at the alley received an eviction order, and Ho Kow decided to continue his father’s legacy by taking over the shophouses next to the original one, much to the delight of regular customers.

“The owner did not know how to proceed after getting the eviction notice, so we had a joint venture with them by rebranding and renovating the place as well as helping them set up a proper operating system and business franchise. At the same time, we injected cultural elements into it.

“Using this concept, we not only help these businesses stay relevant in today’s market, but also preserve the environment and concept of what it used to be in the early days,” Mah said.

This is no walk in the park as some owners of long-established brands refuse to adopt the new ideas and business model. 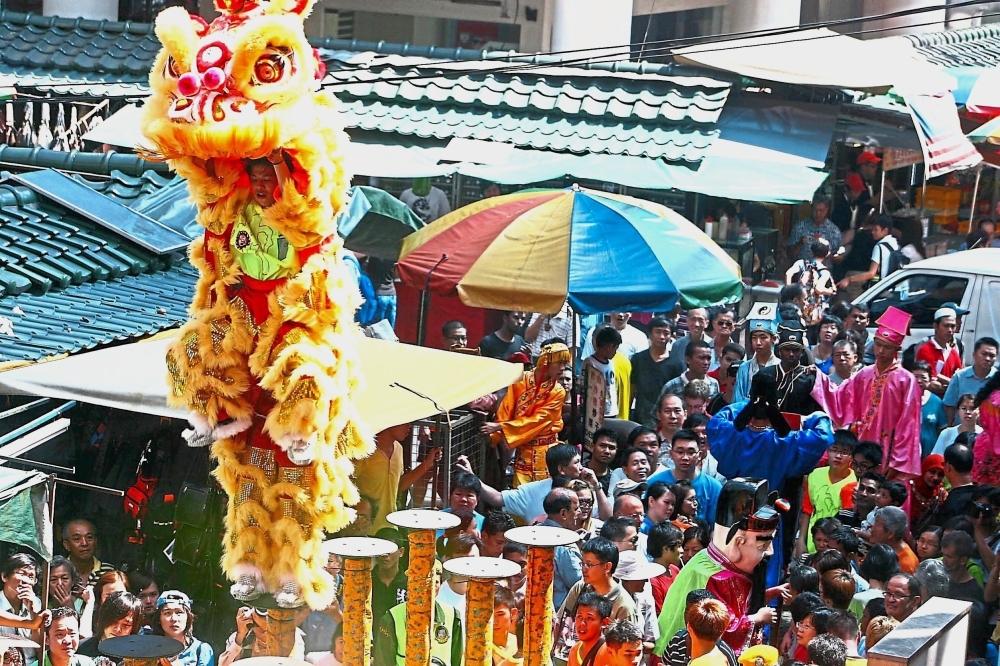 “Some of the business owners have huge families. Should one of them disagree with our proposal, we cannot continue.

“Some are not willing to take risks while others have a traditional mindset and fear getting cheated.

“They are afraid if the venture does not go well, their inherited brand name would be ruined,” said Mah.

Another project that Hup Heng is looking at has to do with the kitchen – gathering artisan cooks to share traditional recipes.

“We teach people how to cook traditional food to preserve the tradition inherited from our ancestors.

“We also hope to archive these traditional recipes, otherwise, we will lose out to modern taste buds.

“We desperately need to gather talented individuals, using Hup Heng as a platform to convert these skills into value and a brand that is uniquely Malaysian,” Low said.

Lee Leng said Hup Heng also plans to collaborate with overseas talents to organise cultural events to educate others on the importance of heritage and culture as well as give extra tourism value.

“Petaling Street can also be a brand closely related to Malaysia and a must-visit site for tourists.

“If more stall owners see the value and profits, they can also be involved in this venture,” she added.