Benny (right) and Zara Eliza (left) with one of their teachers Evon Chong after taking home the gold medal in the Youth Latin category at the Baltic Grand Prix 2018 in Riga, Latvia.

Two talented Malaysians from My Dancesport Academy won a gold medal at the Baltic Grand Prix 2018 held in Riga, Latvia.

Over 130 couples from more than 50 countries participated in the International DanceSport Championship.

Benny and Zara Eliza were nominated by the Malaysia DanceSport Federation and Kuala Lumpur DanceSport Association (KLDSA) to represent Malaysia in the championship.

“The nomination was based on their track record over the years from all the national championships they had participated in,” said KLDSA president Chua Kian Hong.

“The couple’s performance had to be of a high quality that was on par that of adults.”

They had to perform five dances per round, for at least five rounds during the competition.

Dancesport participants were judged based on their technical quality, music and movement, partnering skills, as well as choreography and presentation – the same judging system used in the World Championships and Olympic Family Games.

With dancesport being featured as a medal event at the 2019 SEA Games in the Philippines, Chua said there was a high chance Benny and Zara Eliza would be able to compete at the SEA Games next year under the Youth category.

“The Asian DanceSport Federation has proposed to include the Youth category, as the SEA Games usually features the Adult category. One of the requirements for the dancesport athletes is they must be registered and have a valid licence from the World DanceSport Federation,” he said.

“The two athletes represented Malaysia in a championship last year in Italy and were ranked fourth. They are a very promising couple and a rising star in the dancesport scene. The two KL representatives were sponsored by KLDSA to train in Italy and compete in Latvia.”

Zara Eliza and Benny both credited their win to their teachers Chua Zjen Fong and Evon Chong for their guidance, as well as family and friends for their support. 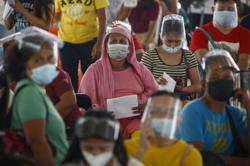 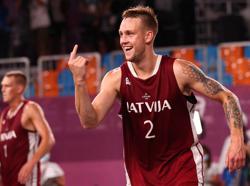