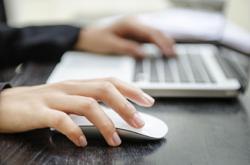 A GROUP of like-minded residents in Taman Tun Dr Ismail (TTDI) started a Zero Waste Initiative and, to their surprise, they managed to recycle about 50% of their waste.

The initiative comprised 22 households and they separated their waste for three months, between October and December last year.

The residents were part of the Transition TTDI group which focuses on environmental related activities.

They hosted a community environmental educational event on waste separation which was attended by Deputy Women, Family and Community Development Minister Hannah Yeoh.

Khoo Zhao Phin from Transition TTDI said after the third month of separating and recycling waste, it became a habit that was hard to break for all the households.

“We separated the waste and carried out composting with food waste in our gardens.

“As for non-food waste, we sent those for recycling. About 30% of the 22 households managed to achieve zero waste through the period. Yeoh (in pink) looking at a recycling waste collection box made of used Tetra Pak.

“Based on our record, the total waste generated was 1,824kg and we managed to recycle 916kg of it during those three months,” said Khoo.

The group has embarked on the second phase of the project this month which targets about 200 households to separate their waste.

The separated waste will be collected with the help of I-Cycle, a solution provider for waste separation and recycling.

I-Cycle chief executive officer Dr Tan Ching Seong said the idea was to recycle the waste without sending it to the landfill. He is also strongly against the use of incinerators.

“Our dream is not to have incinerators, recycle waste and achieve zero waste. This is possible if we change our ways in disposing our waste,” he said.

Yeoh, who is also Segambut MP, was optimistic over TTDI community’s efforts and hoped similar programmes will be carried out in high-rise condominiums and areas such as Desa Park City and Mont Kiara.

Yeoh expressed her support for the community’s efforts and hoped the residents would garner more support from others to ensure the sustainability of the project.

“In Subang Jaya, some residents started composting and later they could not pursue it due to complaints of the compost smell from their neighbours. Residents need to manage these matters well,” said Yeoh.

The residents were also given an educational talk by I-Cycle and Tetra Pak on waste.