Wan Sue Khay was among 42 participants who joined the contest to create a suitable mascot for the state government.

The Ipoh lass said she did not expect to win but could not contain her emotions when her design was picked.

“Firstly, the Malayan tapir is an endangered species, and I wanted to create awareness and tell people to appreciate the animal.

“I am calling it ‘Kopi-O” because of its colour, and also because Ipoh is famous for coffee, and most people have this drink to kick-start their morning,” she said after receiving RM5,000, a certificate, a hotel stay and Kellie’s Castle vouchers from State Tourism, Arts and Culture committee chairman Tan Kar Hing recently.

The contest was held between July 13 and Aug 15, and some 42 entries were received nationwide.

A total of 11 others received consolation prizes of RM1,000 in cash, and certificates each during the ceremony.

Tan said the mascot is now the ambassador for the state government’s tourism sector, and the mascot would be used for promotions within and outside the country.He said merchandise items of the tapir would be available soon as well.

“The Malayan tapir can only be found in South-East Asia, and history shows that it has long existed in Perak.

‘One proof is the pre-historic drawing at Gua Tambun resembling a tapir during the Neolithic era,” he said, adding this was why the tapir was chosen as the mascot.

Tan said the tapir mascot is also a step by the state government to conserve wildlife.

He hopes the launch of the tapir as a mascot would enhance the community’s awareness, especially for Perakians to pay attention and contribute towards efforts to protect the tapir.

“According to the Wildlife Department between 2012 and 2017, the tapir is a threatened species that records the highest road accidents in Malaysia,” he added. 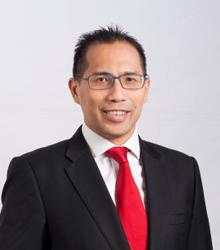