Over 300 people attended the grand reunion which was organised by Convent Butterworth Ex-Students Association (COBESA) at Safira Country Club in Seberang Jaya. The night kicked off with the singing of ‘Negaraku’ followed by a speech by Seberang Prai municipal councillor Calvin Kumaran, who represented Bagan Dalam assemblyman M. Satees.

Calvin said the mission school established in 1930 had come a long way over the past 88 years.

He acknowledged that Convent School Butterworth had produced many notable individuals who have contributed much to the community and nation.

“I wish COBESA all the best in your future plans to further strengthen ties among the school’s former students and educators,” he said.

COBESA president Khasturi Bhai Muniswaran said the organisation was formed in 1998 with a strong foundation and hope that COBESA would bring more teachers and ex-students together.

She encouraged them to look up the organisation’s updates via its Facebook ‘COBESA’.

Candida Thangam, 86, former headmistress of SK Convent Butterworth, said she was blessed to be part of the school’s 88th anniversary celebration.

“I am happy to meet up with many former students and teachers here. 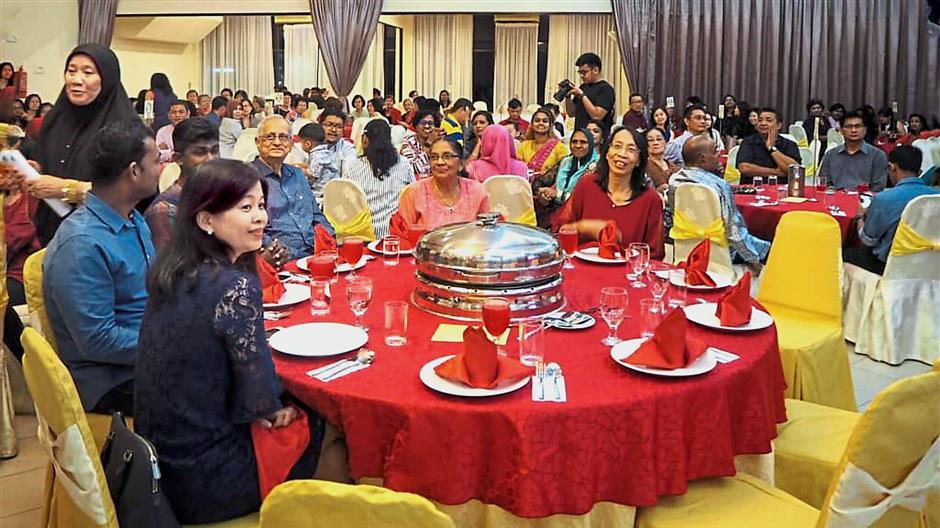 Guests enjoying the food and performances at the anniversary dinner.

“COBESA should make these gatherings an annual event,” she said.

Guests were served a sumptuous buffet spread while students of SMK Convent Butterworth entertained them with various performances.

Table draw and luck draw prizes were also given away.