Show of thanks to The Star partners

STAR Media Group Bhd would not be where it is now if not for the support of its readers and partners over the years.

In a show of appreciation, the group held the inaugural StarTreats Partner Appreciation event at Delicious Cafe, One Utama Shopping Centre, Petaling Jaya.

“Most importantly, we are representing the voice of the community and country. We are more than just a newspaper.

“The Star’s success is dependent on three things: the great journalists who have dedicated their lives to news content for hundreds of hours, the supportive readers who are our subscribers and last but not least, partners who provide the added value by being a Star consumer.

“The latter helps us provide a great content experience,” he added. 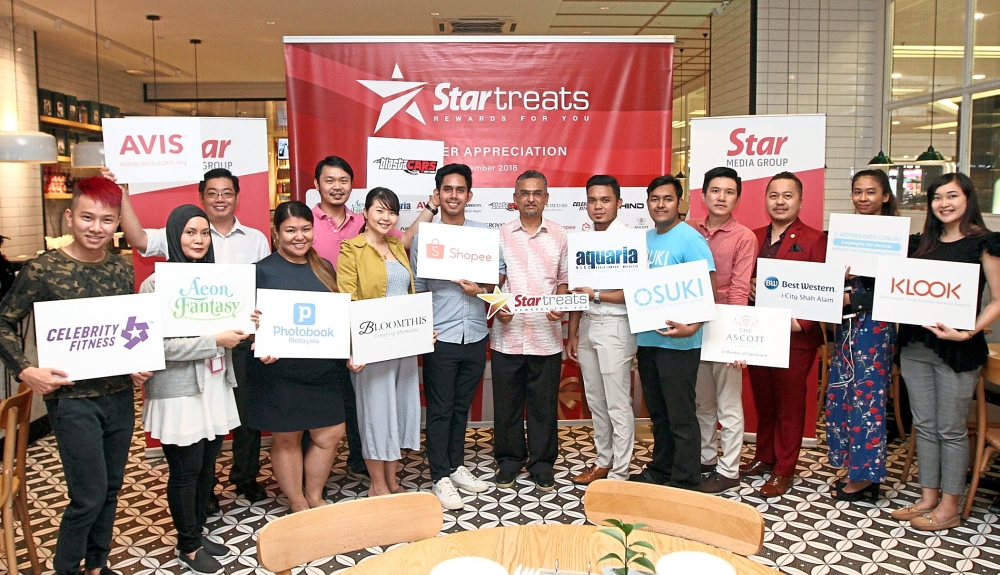 Mohamed Hassan (seventh from right) and The Star partners marking the success of StarTreats at the appreciation event. —SAMUEL ONG/The Star

StarTreats is The Star’s Loyalty Programme for its newspaper subscribers.

It has been rewarding loyal subscribers since July, especially those who have been readers for many years and those who are going to be in many good days to come.

Mohamed Hassan further remarked that with all these partners offering products and services favoured by the subscribers, StarTreats has been successful.

“There were only eight partners in the beginning and it has now grown to 19 partners on board offering great deals.

“Thus, this event is a token of appreciation for our partners,” Mohamed Hassan said.

In a subtle way, StarTreats is a bridge between readers and partners, built by The Star where readers can now differentiate The Star from others.

The event also offered a chance for networking and partnership between Star Media Group and its partners.

The Star is looking forward to working with more new partners and offering more great deals for its subscribers through the programme.