Reaching out to Rohingya kids 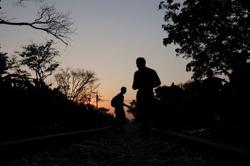 Students from Penang Japanese School and Rohingya child refugees working on a poster together during the interaction programme. — Photos: ASRI ABDUL GHANI/ The Star

Despite the language barrier, 28 students from Petaling Jaya Selatan (PJS) and 19 children from the Penang Peace Learning Centre (PPLC) enjoyed one another’s company at the school in Jalan Sungai Pinang.

They were divided into groups to make paper origami cranes, a symbol of hope and peace in Japan.

He said it was important for the students and refugees to understand each other when celebrating the International Day of Peace.

A Rohingya refugee, who came to Malaysia with her parents when she was seven years old, said she was happy to learn Japanese culture. 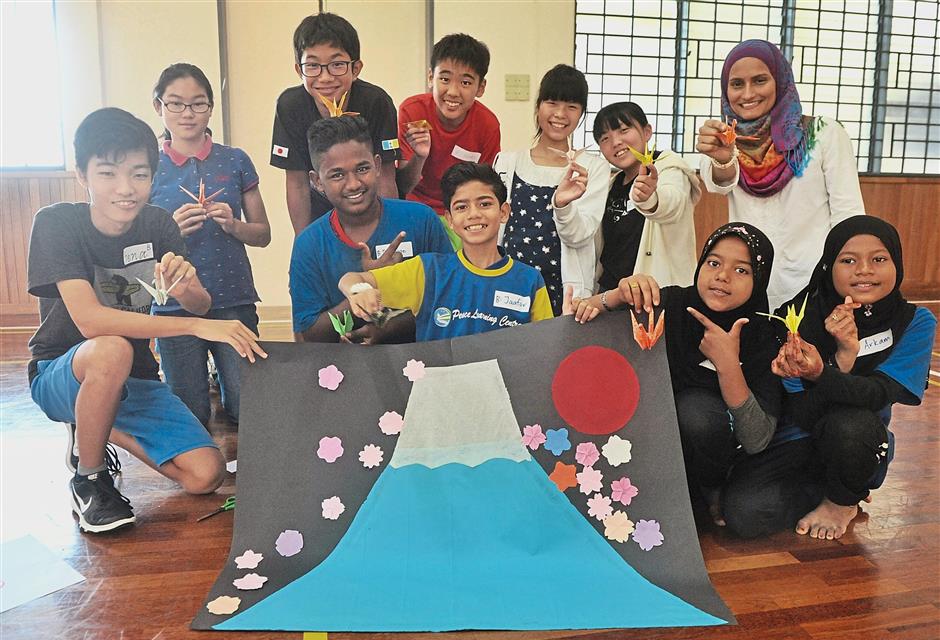 Penang Japanese School students and refugees showing off their artwork.

At the event titled "Let’s share our dream of peace" and "We stand together with #refugees", a joint singing performance was held with participants belting out "The Others", a song by UNHCR goodwill ambassador Miyavi which was dedicated to refugees.

PJS principal Ono Shizuo said he initiated the programme after learning that there was a sizeable number of Rohingya refugees in Penang.

“I hope that through this event, we can understand the refugees better and give them the necessary support,” he said.

The Peacebuilding Club, UNHCR Malaysia and Consulate-General of Japan helped to organise the interaction programme.

UNHCR Associate Protection Officer Akiko Abe said PPLC was an education centre for children, especially for Rohingya refugees who are not able to go to school.

Abe said the friendship forged was vital to build a better future for the generations to come.

She said that with proper education, Rohingya refugees could get a stable job in the future.

She also hoped that more people would volunteer in similar programmes organised by UNHCR.

Universiti Sains Malaysia student Muhammad Haekal Kamarulzaman, a volunteer at PPLC, said there was a dance club for the refugees.

“The residents also got the chance to perform at weddings and other ceremonies,” said Muhammad Haekal. 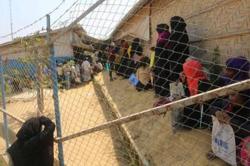 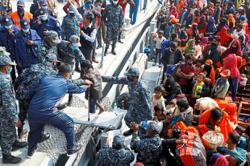