RESIDENTS of Lintang Muda, Lorong Kedah and Jalan Muda in Klang want the Klang Municipal Council (MPK) to cut down unfit trees there after a recent storm uprooted a 24m-tall tree and damaged several homes.

Two of the trees, estimated to be about 40 years old, fell on two terrace houses in Lintang Muda.

“It was a disaster. My front gate, metal fencing and roof awning were damaged, and some roof tiles broke too. Because of that, rain water entered my house and wrecked my furniture,” said resident Chua Gor Thong, 32.

He lives there with his wife, two-year-old daughter, father- and sister-in-law.

Chua said his father-in-law who was alone at home, saw the tree crashing down and quickly ran to the back of the house to save himself.

He said the overgrown old, tall trees in front of his house have been there for years, and he lodged multiple complaints to MPK in November and December last year, asking for the trees to be trimmed.

However, he did not receive any response from MPK. This year, Chua lodged another three requests in March, May and September, but all to no avail.

“Someone from the council said they did not have the budget to maintain the trees, but this is a poor excuse, especially when people’s lives are at stake,” he added.

Chua had to take a week off from work to repair his house and replace the mattresses which were drenched from the leaked roof.

His neighbour Tey Yeow Kuang had to repair his roof tiles and awning which also broke during the storm because of a fallen tree.

“I was about to reach home when the tree fell and we called MPK immediately, but they only arrived about 10pm.

“Other volunteer patrol teams came earlier to help us clear and remove the tree,” he said.

Opposite from them on Lorong Kedah, another huge tree was uprooted leaving behind a gaping hole on the road.

“Luckily, the wind blew in the opposite direction, and the tree did not fall onto my house but in the park instead,” said resident Margaret Cubinar, 75.

She said the trees in the area were usually maintained once every 10 years, and the overgrown roots had damaged the drains nearby. 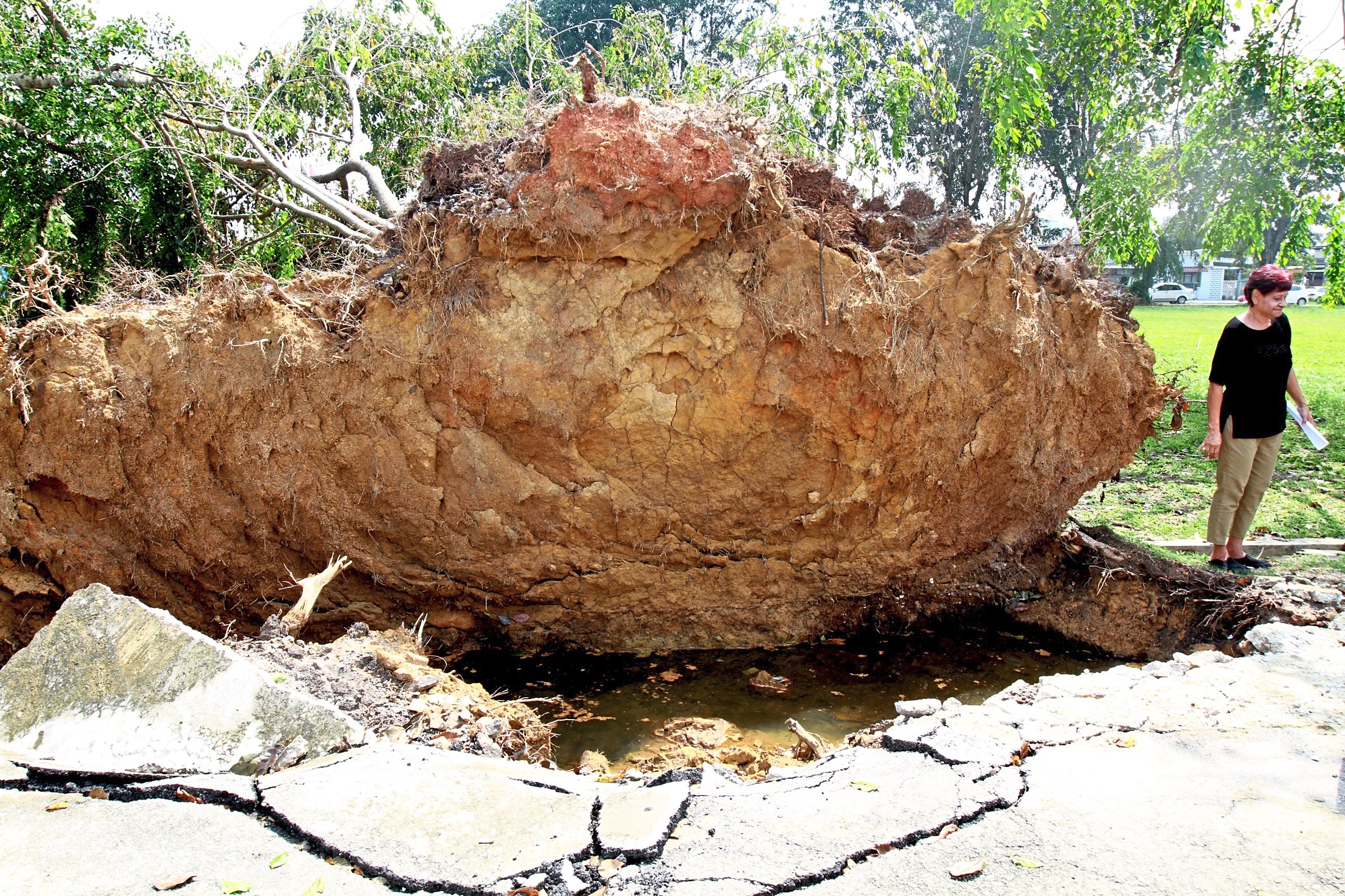 Margaret standing near the huge uprooted tree that left a big hole in the ground now filled with muddy water.

“Sometimes, when MPK contractors come to trim the trees, they ask for money if we want more branches cut,” she said.

Her daughter-in-law Chen Siew Li said that they all rushed out of the house when they heard a loud cracking sound during the storm.

“We saw the tree was being uprooted. We wouldn’t have known where to run if it fell on our house directly because it was really huge,” she said.

Chen added that they lost their electricity supply, and it only returned at midnight after multiple calls to the utility company.

“I was so worried for my husband who is partially blind and a dialysis patient. He was in the shower when the tree was uprooted,” she said.

The residents are urging MPK to provide better maintenance in the area and ensure all the trees are properly trimmed before another storm hits.

“This issue was raised last year. The trees there have been marked by the contractor for trimming purposes and the tender has been awarded to a contractor,” he said, adding that the trees must be chopped by professionals.

Tan said he has raised this issue again at the City Beautification Committee and pushed for repairs to take place.

“When the storm hit, we had to tend to many areas and couldn’t prioritise every neighbourhood at once.

“We had to tackle the most crucial ones first such as the main roads before the inner roads.” 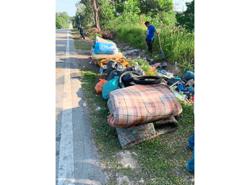