RIVER pollution nationwide increased slightly, by 2 percent last year, compared with 2013, according to a study by the Department of Environment.

Of the 189 main river basins in the country, 11 percent were considered polluted in 2017.

Water, Land and Natural Resources Minister Dr A. Xavier Jayakumar said the increase was likely caused by rapid development and lack of awareness on environmental conservation and preservation.

“The most affected rivers are in Kelantan, Pahang and Kedah, which relates to the effects of deforestation and opening of new logging areas. The failure to have a proper integrated system for forest management will have serious effects on the river.

“In Klang Valley, the problem stemmed from the people who do not understand the importance of clean rivers and treat them as a rubbish dump. Wastes from restaurants and industries being dumped in rivers are common.

“Our rivers are not healthy and need serious attention,” he said at the launch of national World River Day celebration themed ‘Nature for Water’ at Lembangan Sungai Klang office, Kuala Lumpur on Sunday (Oct 14).

Xavier asked for all state and local authorities to fully enforce laws to keep rivers clean.

“Incentives and enforcement are both need to make this happen.

“Irrigation and Drainage Department launched the Integrated River Basin Management programme nationwide to ensure that there is enough water clean water, as well as reduce the risk of floods and increase environmental conservation.

"Local non-governmental organisations and residents will also be our eyes and ear to look after the rivers.

“Education is also key. Emphasis on the importance of the environment should start from primary school, in order to bring about a change in lifestyle.

“The ministry is also looking at law reforms for the betterment of the country,” Xavier said, adding that people need to embrace the shared responsibility of caring for the rivers.

Commenting on the presence of illegal plastic recycling factories in the country, Xavier said the ministry has formed a special committee to look into the industry to prevent Malaysia from being a dumping ground for recyclables, which included plastics.

“Housing and Local Government Ministry and other ministries involved will come up with the progress report soon.

“At present, there is ongoing enforcement on the illegal recycling factories in Kuala Langat and Klang, and we have asked the Customs Department to look into the companies that are importing recycled plastics from outside,” he said.
Article type: metered
User Type: anonymous web
User Status:
Campaign ID: 18
Cxense type: free
User access status: 3 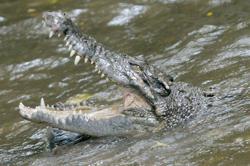 Watch out for river pollution