Surin has seen children eating scrap collected from dustbins at the low-cost flats.

She has seen children eating scrap from dustbins, children who stopped schooling because their parents could not afford the bus fare, and those whose parents are drug addicts.

She also noticed a number of suicide cases there in the past six months.

Living conditions in most units were deplorable, children lacked play area and needed free tuition, she said. The flats also need to be better lit to prevent children from becoming prey to predators, she added.

“Most families sleep on the floor as they don’t have mattresses and neither do they have furniture.

“Pregnant mothers also sleep on the cold floor. Children do not have toys to play with and I try my best to locate sponsors to aid them.

“The children are undernourished and they need quality nutrition.

“Thanks to Petaling Jaya MP Maria Chin Abdullah for initiating the food bank programme, but only 20 families are benefiting from this while others are on the waiting list,” said Surin who called for more funds.

“We need to disinfect some of the units as some children and adults are infected with scabies.

“They also need transportation to seek proper healthcare facilities from hospitals,” she said.

Surin hoped the private sector and the surrounding community would help the poverty-stricken community with skills on baking, cooking, soap making, and sewing.

She urges companies, factories, and nearby businesses from Kelana Jaya, Subang, Ara Damansara to have job recruitment day.

Recreational activities such as music, dance, arts and crafts, and sports will benefit the youths.

at the flats compound by volunteers.

“They should be taught English and even their parents should master some of these languages that will give them the opportunity to secure jobs.

“We hope more would come forward and sponsor items such as fans, mattresses, bed frames and even sponsor bus or van fare for those who are finding it difficult to pay for the fare.

“I know many who have quit school just because they can’t afford bus fare,” said Surin.

The food aid distribution is done every week on Fridays from noon to 3pm while those contributing food could go earlier.

“It is my hope that there will be a counselling centre on-site to help women and children,” said Surin.

Those interested to contribute or help the community could email Surin at newhopenewpossibilities@gmail.com

Deputy Women, Family and Community Development Minister Hannah Yeoh supports the idea to set up a counselling unit at PPRs.

“Moving forward we shouldn’t be jumping only when there’s a tragedy.

“We must look at prevention and rehabilitation. Rehab is when counselling must be made affordable and accessible. In these high-density places, councillors are needed.

“They can come from the Health and Education ministries. There are private councillors who are registered under these boards and they too can provide counselling.

“Many want to help but they don’t know where to start. The Housing Ministry also understands the issues here and they are working on measures,” added Yeoh.

Yeoh said she would rather use the cash aid under the Bantuan Sara Hidup Rakyat to provide child care for the B40 group when they go to work.

She also called for the communities to get together to help the needy. 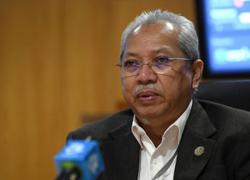