The event, which saw participation from more than 60,000 people, was held simultaneously in 11 parliamentary constituencies in Kuala Lumpur.

Fong said the programme was one of the many efforts the Government undertook to ensure Kuala Lumpur remained a vibrant, beautiful and modern city.

reiterated the importance of community engagement and working together. 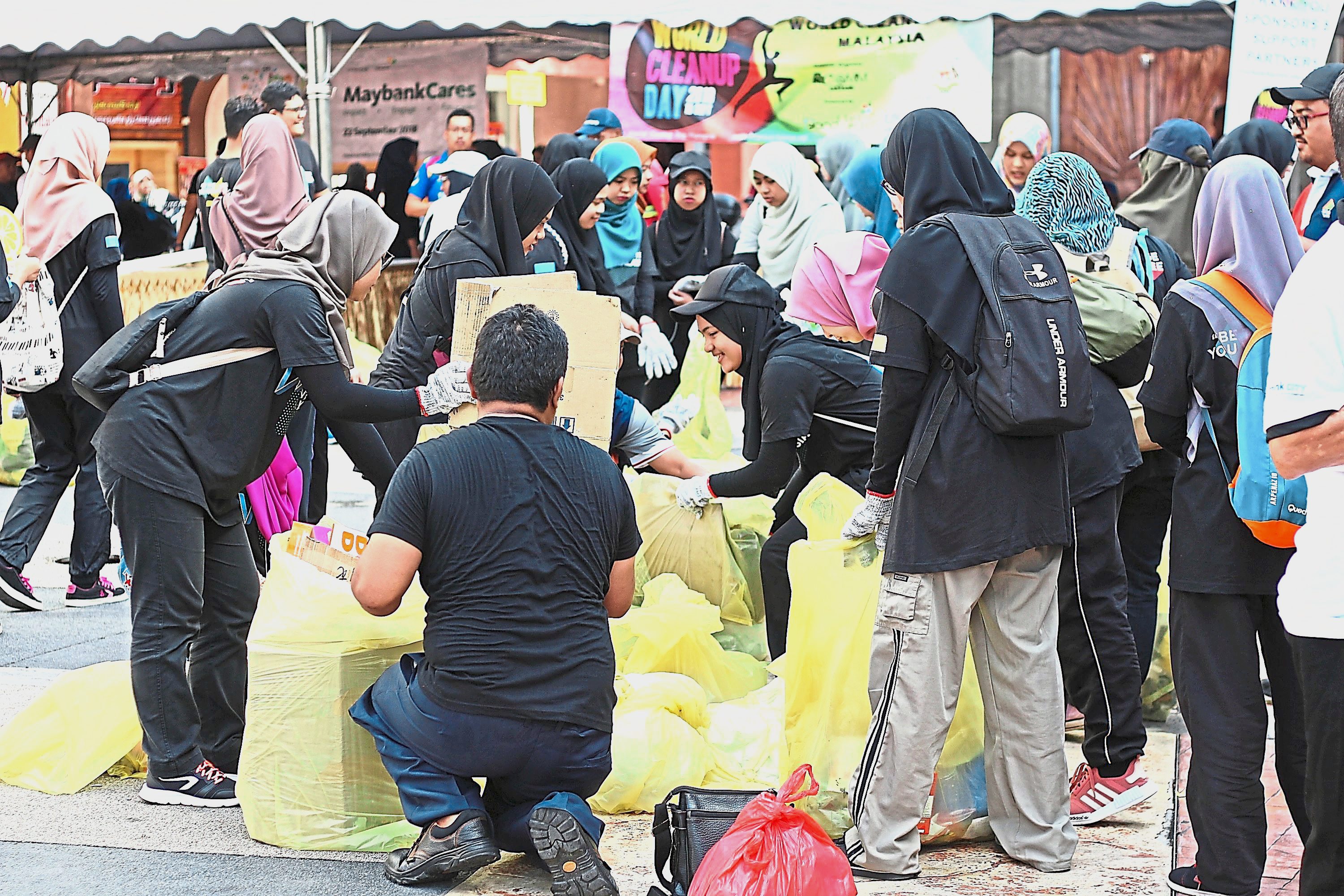 “All residents of Kuala Lumpur, no matter where they are from, are responsible for the city.

“In turn, the city must be made liveable for them,” he said.

“Efforts, such as the upgrading of Lorong Bandar 13 and the community garden in Lorong Yap Ah Loy, will be a boon to the residents of the city by creating a safer, cleaner environment for them to live, work and play in,” he added.

Think City programme director Lee Jia Ping said through continuous community engagements and pop-up experimental designs, they learned what could be improved, what should be preserved

for future generations, as well as the needs of the current generation of city dwellers.

“Through the knowledge we gain from events such as these, we hope to better carry out efforts to bring urban rejuvenation to the historic core of Kuala Lumpur,” said Lee.

“We hope to see efforts such as these continue in future,” he said.

More than 500 volunteers from all walks of life began gathering at Medan Pasar at 7am.

By 10.30am, the festivities continued with a series of entertaining performances, before wrapping up at noon.