'Fattest in SEA' Malaysians urged not to overindulge to fight obesity

MELAKA: More needs to be done if Malaysians are really serious about getting rid of its title as the fattest in South-East Asia.

He pointed out that most Malaysians changed their diet from vegetable-based to a high carbohydrate one over the past 20 years following the country’s economic progress.

“So apart from exercising, the people should consume more vegetables and cut down on their carbohydrate intake,” he told reporters after opening the World Conference on Exercise Medicine (WCEM) 2018 at Banda Hilir here.

According to Economist Intelligence Unit’s “Tackling Obesity in Asean” report, Malaysia’s prevalence of obesity is at 13.3%, which is the highest in South-East Asia.

The conference was organised by MS New Symphony Exercise Clinic in collaboration with the Asia College of Exercise and Sports Medicine.

He reminded them that those who consume 50g of carbohydrate or an extra plate of roti canai a day over a period of one month, would lead to an accumulation of an extra 1.5kg.

“So, it is important not to eat too much, especially food containing carbohydrate and fat,” he said, reminding Malaysians to exercise more regularly.

Malaysia hosted the conference for the second time, the first WCEM was held in Langkawi, Kedah last November.

“All the papers presented focused on fighting non-communicable diseases (NCDs) which is the fourth leading cause of early death worldwide,” said Dr Chee Peng.

“The world authority has established physical inactivity as a key risk factor for NCDs,” he said, adding that approximately 3.2mil deaths globally each year are attributable to insufficient physical activity.

The Health Ministry said an estimated 73% of the total deaths in government hospitals were due to NCDs. 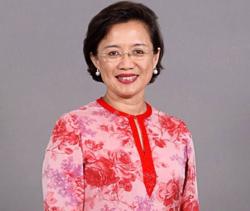 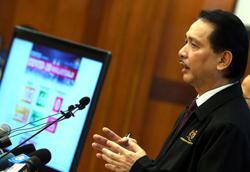