Fishing out rubbish from city’s rivers a costly task

People still see rivers as a place to throw rubbish and do not see the importance of maintaining clean rivers.

Each day the workers use this tool that is made from disassembled fan blade casings, to scoop up rubbish trapped at log booms across Sungai Klang and Sungai Gombak.

“We have tried other methods to collect the rubbish, but we found this was the sturdiest and easiest way,” said one worker.

They are one of several teams contracted by DBKL and the Drainage and Irrigation Department (DID) to carry out daily cleaning of log booms along the 110km stretch of the Sungai Kelang basin as part of the River of Life (RoL) project.

In a month, DID collects and disposes of between 10 and 13 tonnes of rubbish accumulated at its 10 log booms and 396 gross pollutant trap (GPT).

GPTs are installed in rivers to minimise inflow of rubbish into the sea while a log boom is a barrier placed in a river that is designed to collect or contain floating garbage. 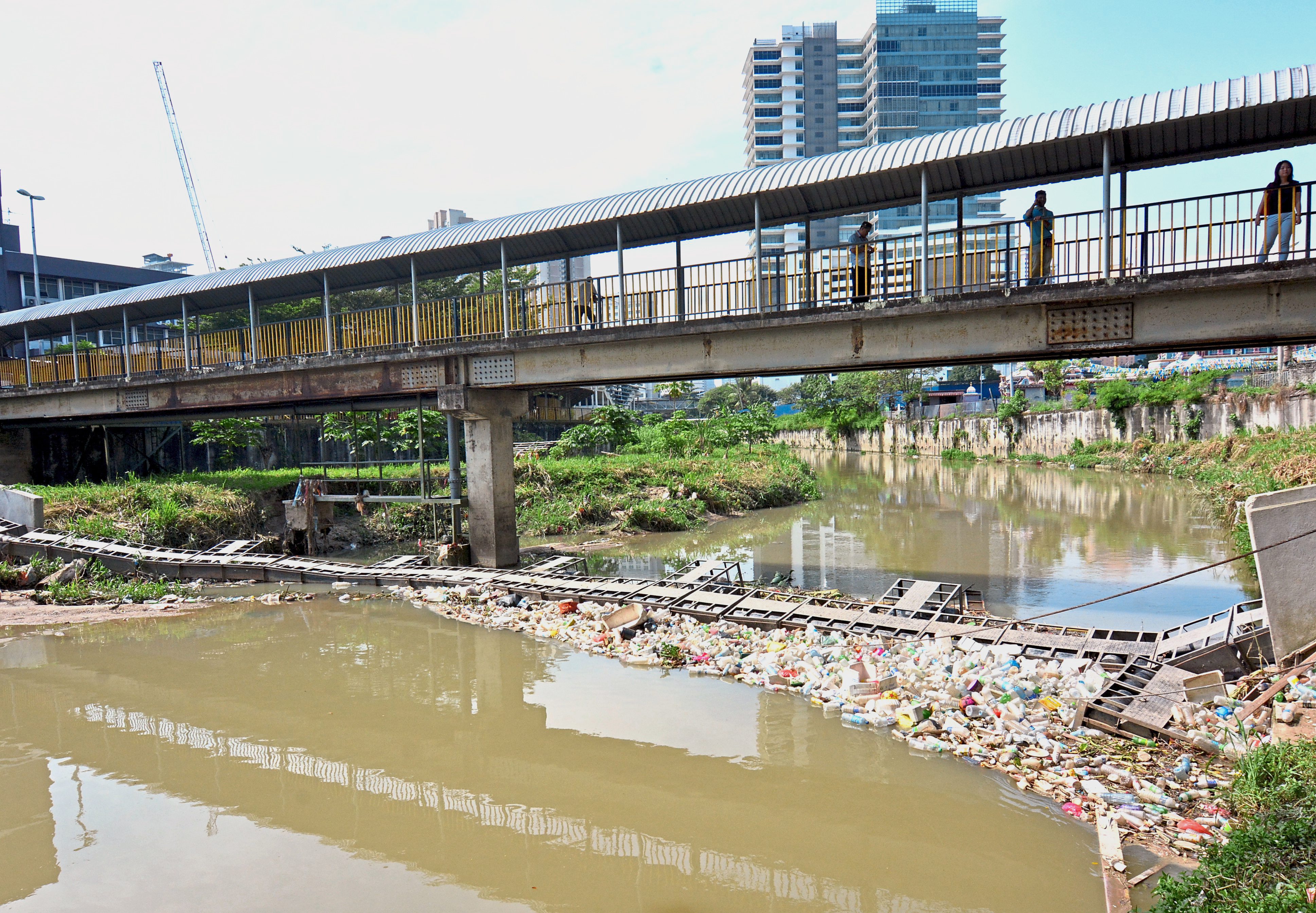 Each day, several tonnes of rubbish accumulate at log booms across Sungai Gombak and Sungai Klang as people continue to indiscriminately throw rubbish into the rivers. —Photos: P. NATHAN/The Star

“This is only a mitigation measure. We need to go after the source,” he added.

The RM4.4bil RoL project involves Sungai Klang and Sungai Gombak, plus another six tributaries, all located within the Greater Kuala Lumpur and Klang Valley region.

The three major components of the project are river cleaning and beautification plus commercialisation/tourism.

A total of RM3.4bil alone has been allocated to clean up the rivers.

Beautification will focus on a 10.7km stretch along Sungai Klang and Sungai Gombak, while commercialisation and tourism within the same riverfronts will take place from 2020 onwards.

A long way to go

Educating communities to understand that all parties need to play a part is a priority.

“There is still lack of awareness when it comes to taking care of our rivers. Md Khairi says DID spent RM500,000 a month to clear the log booms and GPTs.

“There is a prevalent attitude that looking after the river is not their responsibility and people assume that the authorities should clean it up.

“People still see the river as a place to throw their rubbish and do not see the importance of maintaining clean rivers,” he said during a River of Life Public Outreach Programme (RoL-POP) event in Sentul recently.

“However, it is not sustainable to only rely on structural measures, so the initiatives also include programmes like RoL-POP as well as enhanced enforcement and establishments of guidelines by government authorities,” he said.

He added that this allowed agencies such as the Department of Environment and local councils to carry out harsh punishments against those found polluting rivers.

DBKL Civil Engineering and Urban Transportation Department engineer Mohd Hafiz Abdullah said some 500kg to 700kg of rubbish was collected a day at its 19 log booms.

“We have found sofas, refrigerators, and motorcycle frames thrown into the rivers.

“Removing bulk waste takes time and is very expensive. The worst part is we have to do it all over again the next day because rubbish accumulates,” he said. Most of the trash picked up from the rivers are non-organic material that will take hundreds of years to decompose.

The target groups under the public outreach programmes are the local community; education institutions; food establishments (hawkers, workshops and wet markets); industry, corporations and developers; and the general public.

As part of its public outreach programme, DID together with the Global Environment Centre (GEC), reached out to communities to adopt and save rivers and lakes in their neighbourhoods from domestic pollution.

“Changing the public’s mentality to stop throwing rubbish into rivers is the only way this issue can be resolved.

“The project is about educating the people to have a sense of ownership toward the rivers that flow behind their homes,” Md Khairi said.

He said these groups would conduct water monitoring and initiate a number of activities to reduce pollution, and river and lake adoption.

The programme will also see the launch of the “Citizen Eye” app next month.

The app allows the public to snap photos related to the RoL project and send them to the relevant parties and authorities for action or as information.

“It only takes a small change in habit and this could make all the difference. Any litter you have, please dispose of it through the proper channels,” Md Khairi advised.