RAIN did not deter hundreds of Taiping folk from attending the state-level Malaysia Day celebration at Dataran Warisan Taiping.

It was after all, the first time the celebration was held at the “Rain Town” and many did not want to miss the spectacular and colourful performances prepared for them.

The event on Saturday started off with a dance performance by the Ethnics Dances Group amidst the falling rain, followed by Perak Tourism, Arts and Cultural Committee chairman Tan Kar Hing’s opening speech. Tan (fourth from right) flying the Jalur Gemilang with other dignitaries during the launch of the celebration.

The crowd was then given a taste of a “War Cry” performance by the Royal Malaysian Army’s Ninth Royal Rangers Regiment Battalion.

Next up was a fusion dikir dance and poetry sketch depicting the formation of Malaysia. The crowd gathering as close to the stage as possible to enjoy the show performances lined-up for the night.

The highlight of the night was a magic performance by Hakim, who was garbed in a traditional Malay costume.

Among the acts he performed was pulling out stalks of roses from a handkerchief, levitating a table and the Indian Basket Trick, in which his assistant stepped into a box before he skewered it with umbrellas. A magic show performance by Hakim during the state-level Malaysia Day celebration in Taiping.

A group of students from SMJK Hua Lian then performed a Chinese-themed dance.

In his speech, Tan said it was the state’s idea to hold the event elsewhere instead of Ipoh. 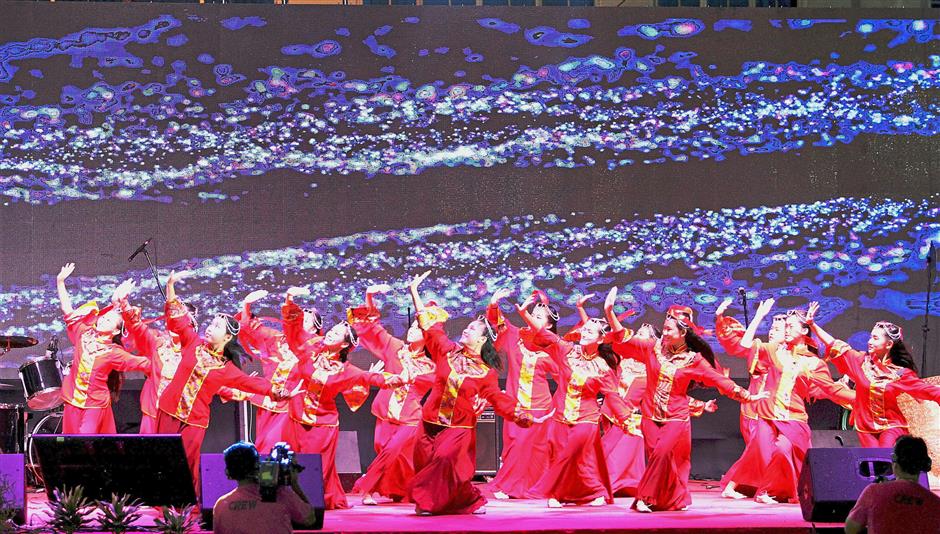 “We also want folk from other districts to have a major celebration.

“And we chose Taiping as we felt that it was high time for the town to return to the limelight and its former glory,” said Tan, who represented Perak Mentri Besar Ahmad Faizal Azumu.

He said the state would focus on Taiping’s tourism industry, bringing in domestic and international tourists. “This November, we will bring a delegation from Thailand, consisting of media, NGOs, travel agencies and related industry players to Taiping.

“We want to show the beauty of Taiping to the whole world so I ask the people here to be ready to receive them,” he said.

At the end of the final act, fireworks lit up the night sky and the crowd sang Jalur Gemilang.