STOPPING festive bazaars in the lucrative commercial area of Jalan Masjid India is comparable to throwing sand into the rice bowls of thousands of poor residents in Kuala Lumpur.

Single-mother of three Suriyati Ashikin Abdul Karim, 43, said she relied on the extra income from operating at the Jalan Masjid India Ramadan bazaar to support her family.

“The money I earn here is used for my children’s school expenses for the year, including transportation.

“If I only relied on the income from my regular job, I will not be able to make ends meet,” said Suriyati, who works as a general clerk.

Suriyati added that she had placed orders for goods for next year’s bazaar before the ruling came into effect, and was anxious because she would be in debt if she could not operate at the bazaar.

Joint Association of Small Business Owners and Traders Malaysia president Datuk Seri Rosli Sulaiman said Masjid India was the most profitable area in the city with more than 50% of traders applying for lots to trade here for Ramadan alone. 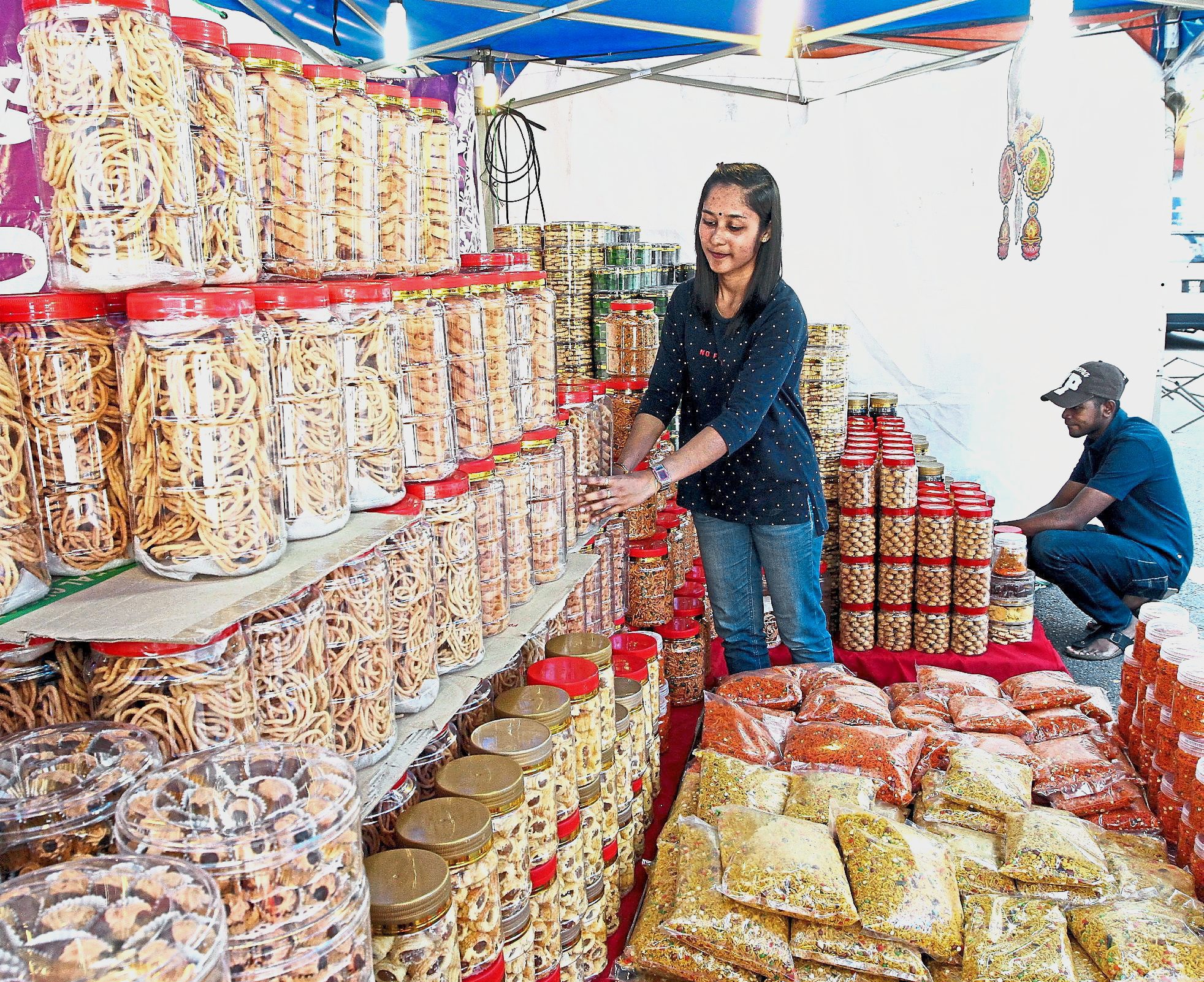 “I am talking about more than 1,000 people. A majority are poor residents seeking to earn some extra money through business,’’ said Rosli.

“It is not fair to stop the bazaar just because you are facing pressure from certain parties. It is clear that it was a political decision.”

On Thursday, Federal Territories Minister Khalid Abdul Samad said the Deepavali bazaar in Masjid India this year would be the final festive bazaar there following numerous complaints and problems. Khalid also said the services of middlemen would no longer be needed and those wanting to do business would have to apply directly to DBKL. The announcement has left thousands of traders fuming as it means losing a big portion of their livelihood.

In 2016, StarMetro reported that about 2,705 city folk participated in a balloting session for Ramadan bazaar lots.

Out of that number, 1,400 people applied for lots in Jalan Masjid India and Lorong Tuanku Abdul Rahman (Lorong TAR).

A DBKL officer said that it was not unusual for the majority of city traders to apply for lots in Masjid India and Lorong TAR as it was a shopping hotspot. The situation came to a head on the first day of Hari Raya involving a Bersatu Youth chief who was accused of misusing political connections to secure 80 bazaar lots for RM6,238 in Jalan Masjid India and renting them out for as high as RM 5,000 per lot.

It is no secret that traders look forward to trading during the festive period as this is the best time to make a handsome profit. It is also when middlemen seize the opportunity to make a fast buck.

“It is simply a question of properly managing the bazaars and carrying out a proper balloting system,’’ Rosli said.

Rosli, who is also the Federal Territory Bumiputra Traders Association president, said, “Masjid India does not belong to one group; it is a popular tourist attraction that belongs to all Kuala Lumpur residents. So I appeal to Khalid not to make hasty decisions based on feedback from one group.”

Little India Petty Traders Association president G.Gunasegaran said there was a likelihood for traders who could no longer operate in Jalan Masjid India to end up in other areas like Brickfields.

“The overflow of additional traders will anger those who have operated in Brickfields for years. 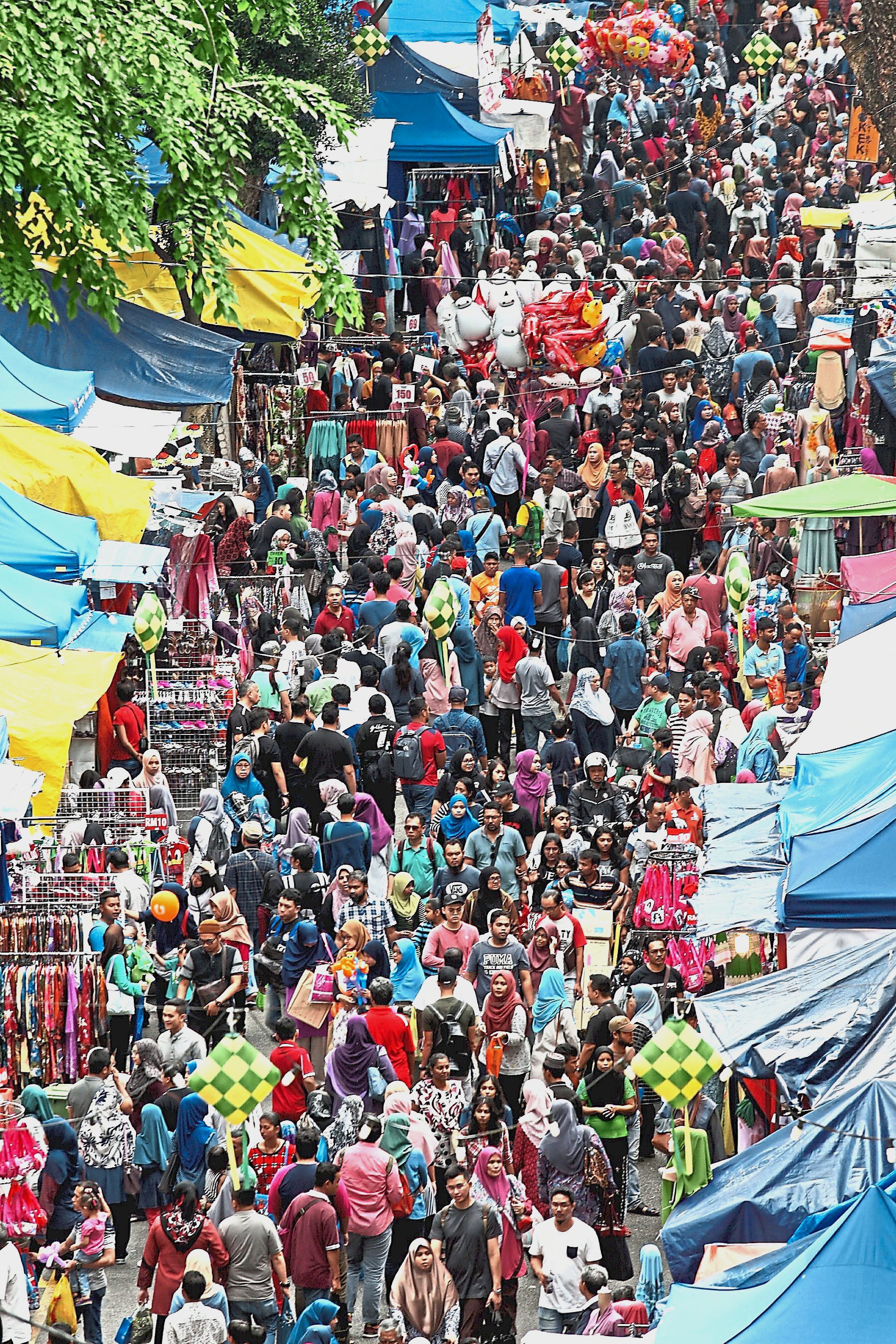 Traders in Kuala Lumpur are keen to trade at the Masjid India Ramadan bazaar for it is a shopping hotspot. — filepic

“The same issues that cropped up in Jalan Masjid India regarding the bazaar will happen here, and Little India bazaar might end up with the same fate,” he said.

Gunasegaran added that instead of permanently doing away with the bazaar, effort should be made to resolve issues surrounding its existence.

He added that the decision to do away with middlemen was a good idea and would make the system more transparent.

“This way, there will be no confusion over the prices and these traders would not be overcharged for renting the lots from associations.

“Traders who genuinely want to trade at the festive bazaars can apply through DBKL and they won’t be taken advantage of and the authorities will have control,” he said.

However, Gunasegaran said that the application process should be simplified to make it easier and faster as many were unaware of the necessary documentation and procedure.

It was reported that the festive bazaars had received a lot of complaints over the years, mainly concerning mismanagement, subletting of lots to others for profit, poor sanitation in the area and involvement of middlemen. “Many of them are single-income earners or earn minimum income from their regular jobs. They supplement their income by participating in the bazaars,” he said.

“Politicians should not get directly involved in day-to-day operations. Amin Nordin made a decision in June for there to be no more festive bazaars here.

“But, alas we are back to the good old days of political interference,” he said in a statement.

He added that DBKL should give priority to the longtime business owners and not traders from outside Masjid India.

“We hope the Federal Territories Ministry will come to Masjid India to see the mess it is in now. It will be worse when the Deepavali bazaar starts next month,” he added.

“Most of us voted for Pakatan Harapan and are hoping for change. While we understand there is a timeline (to taking action), but this bazaar issue can be resolved easily so why take so long,’’ he said.

Those applying for lots will have to pay RM250 deposit, RM250 rental and RM300 for the tent. The bazaar lots will be limited to 100.