Thumbs up for recycling efforts

LITTLE by little, the waste segregation at source practised by Penangites is helping the environment and reducing the load on the Pulau Burung sanitary landfill.

Penang Island City Council (MBPP) mayor Datuk Yew Tung Seang said that the recycling rate on Penang island has edged up a notch and that alone has saved a good deal of ratepayers’ money.

He pointed out however that the amount of rubbish going to Pulau Burung in Nibong Tebal from Penang island was still high.

“Within the first five months of this year, 98,425 metric tonnes of waste from the island was sent to the Pulau Burung landfill.

Yew was launching the waste segregation at source programme at school level in SMJK Sacred Heart in Balik Pulau.

The programme was attended by 52 primary and secondary schools and about 800 students and teachers were present. 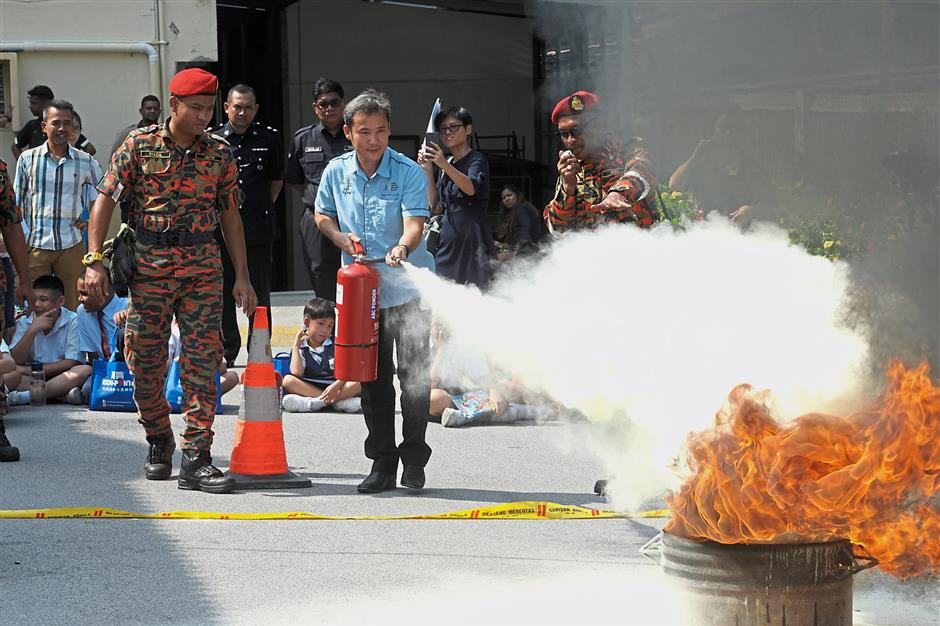 “MBPP welcomes such programmes to enhance the awareness and interest in maintaining environmental cleanliness starting from the younger generation as they will inherit the future of Penang.

“Teachers and students are the most important people in continuing and developing this programme of managing solid waste in Penang,” he said.

In June 2016, waste segregation at source became law in the state and all households, institutional and commercial premises were required to separate recyclable materials from their general trash.

It was previously reported that Pulau Burung landfill will last another 37 years before another landfill site must be found. The state has been stepping up on recycling efforts to reduce the amount of waste dumped into the landfill to make it last longer because land scarcity in Penang will make it hard to find a new landfill site.

Penang Education Department quality assurance sector head Dzolkapli Haron, who was present, said that it was better to be safe than sorry.

“With this programme, we can save money and time and create a healthy environment as well. The next step is to follow up with schools to ensure that this programme is actually happening on the ground,” he added.

Other government agencies also held exhibitions at the event to create awareness of social issues among teachers and students.

They included the Royal Malaysian Police, Fire and Rescue Department, Health Department and Department of Environment.