No change in hawker prices

By IVAN LOH and ALLISON LAI

HERE is a bit of good news for those who love indulging in street food and eat out regularly.

Most hawker stall owners are maintaining their prices as many Malaysians have expressed concern over the price of prepared food following the reintroduction of the Sales and Service Tax (SST).

Rice on banana leaf seller, Sivalingam, said he never thought about increasing his prices even when the previous Goods and Services Tax (GST) was introduced in 2015.

“A majority of my customers are regulars who are blue collar workers and wage earners.

“I do not think it is good to simply increase my price because it will affect them greatly, even though the increase is a small amount, because this will add up in the long run.

“I usually adjust my margin and provide perks to my customers to encourage them to come back,” said Sivalingam, who runs his curry house stall with his wife S. Punethawathi at the Perak Stadium food court in Ipoh city centre.

The 62-year-old, who has been selling the South Indian delicacy since he retired three years ago, said he provided free flow of plain and iced water for his patrons and did not charge more if his customers wanted additional white rice. 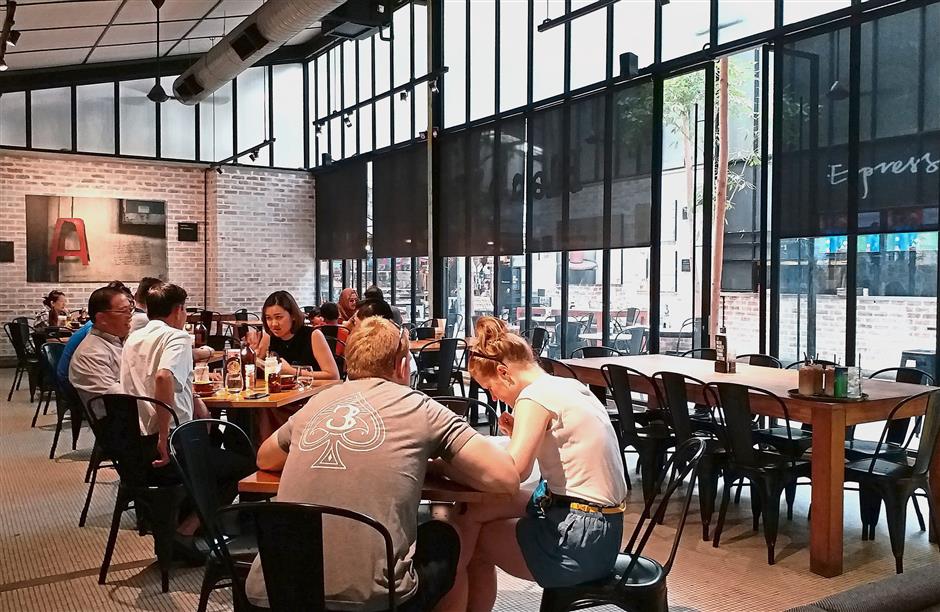 Businesses with an annual turnover of more than RM1.5mil will be affected by the SST.

“This is the RM5 vegetarian banana leaf rice. I do not charge more if a customer requests for more of any of these dishes.

“I only charge them extra when they order additional dishes, such as chicken, mutton, fish, bean curd meat and tofu,” he said.

“Such meals are priced between RM6 and RM10 depending on the dishes,” he added.

He said his prices were the same as when he first started his business.

Another hawker, Pak Wei Yong, 42, who sells hor hee (flat white rice noodles served with fish cake and fish ball), curry noodles and several other noodle dishes, said his prices would remain the same, as he was not affected by the SST.

“The cost price of my raw ingredients is not affected.

“So it is not possible for me to simply raise my prices,” he added.

Pak, whose food items ranged between RM4.80 and RM5, said he adjusted his prices when the GST was implemented in 2015.

“The increase was between 10sen and 30sen then, and it affected the business a little. 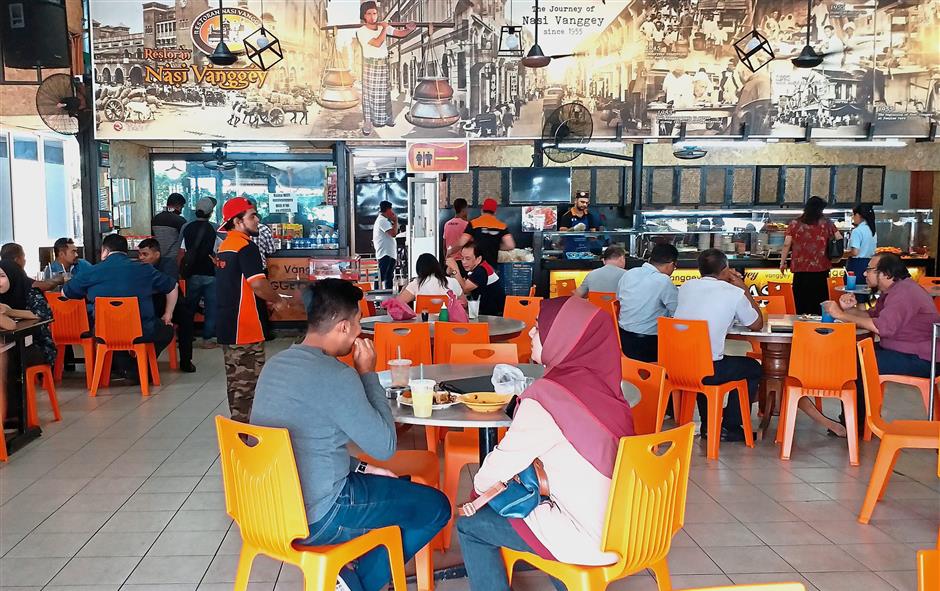 People having lunch at Nasi Vanggey restaurant. The eatery’s proprietor says he will be able to maintain the food prices here.

“That is why I do not simply increase prices because customers will not like that,” he added.

Finance Minister Lim Guan Eng announced earlier that the threshold for food and beverage providers was revised to an annual turnover of RM1.5mil from the previous RM1mil.

This would mean that businesses operating with less than RM1.5mil in turnover would not be affected by the SST.

Saiful Jaafar Sadik, proprietor and director of the 24-hour Nasi Vanggey Sdn Bhd in Greentown, lauded the revision and said it would definitely help bigger food businesses to maintain their prices amid the high operating and overhead costs.

“Most mamak restaurants maintain a profit margin of between 30% and 40%.

“The gross profit will then cover various costs, such as utilities, employee wages and staff benefits like accommodation and medical coverage.

“After everything has been taken into account, the net profit would come up to only about 10% to 12%,” he added.

He said the lower threshold meant that a food and beverage business that made RM4,100 daily would not be subjected to SST.

“When the threshold was set at RM1mil earlier, we thought that it should be higher.

“But now, we will be able to maintain our prices,” he added.

Saiful Jaafar said food prices at his restaurant chain increased when GST was implemented in 2015.

“When GST became zero-rated in June, we adjusted our prices.

“For example, a piece of roti canai was priced at RM1 with GST. It went down to 90sen with the zero-rated GST.

“With the reintroduction of SST and the new threshold, we will not increase prices but maintain them as it is,” he said, adding that a proper costing analysis was done before any price increase.

“We do not increase prices for no reason,” he said.

When contacted, Perak consumer affairs committee chairman A. Sivanesan said the regular coffeeshops or restaurants, especially those not registered with the SST collection, had no right to increase the price of their food and beverages.

“If they are not registered, for whom are they collecting the extra money?” he asked.

Sivanesan urged all coffeeshops and restaurants to display the SST certificate, to justify increasing the price of their food and beverages.

“I urge people to contact the nearest consumer affairs bodies if there are any incidences of a price hike.

“They can also call my office and I will pass the information to the consumer affairs department for the officers to take action,” he said.

He added that people should not be worried as the government was keeping a close eye on prices.

“For those eating at regular restaurants anywhere, including villages and new villages, there is no need to be worried.

“It is only those who go to hotels or high-end eateries that would have to pay more and I do not think it is going to bother them much,” he said.