By George, what a show!

Senmaru (right) and Yuki (left) spinning boxes atop umbrellas during the special performance at Gurney Plaza as part of the George Town Festival 2018. (Below) Senmaru displaying his skills balancing a ceramic teapot atop drumsticks.

Shoppers old and young alike who gathered at the mall’s al fresco area were entertained by acts from Japan and Italy over two days.

Many gasped at the juggling and balancing prowess of Tokyo-based Senmaru and Yuki, performers of the art of Edo-Daikagura.

The husband-and-wife team balanced teapots on drumsticks, and spun objects like ceramic teacups, metal rings and boxes atop umbrellas.

They also made light work of balancing a glass of water atop a pole held up by nothing more than string, in their show. 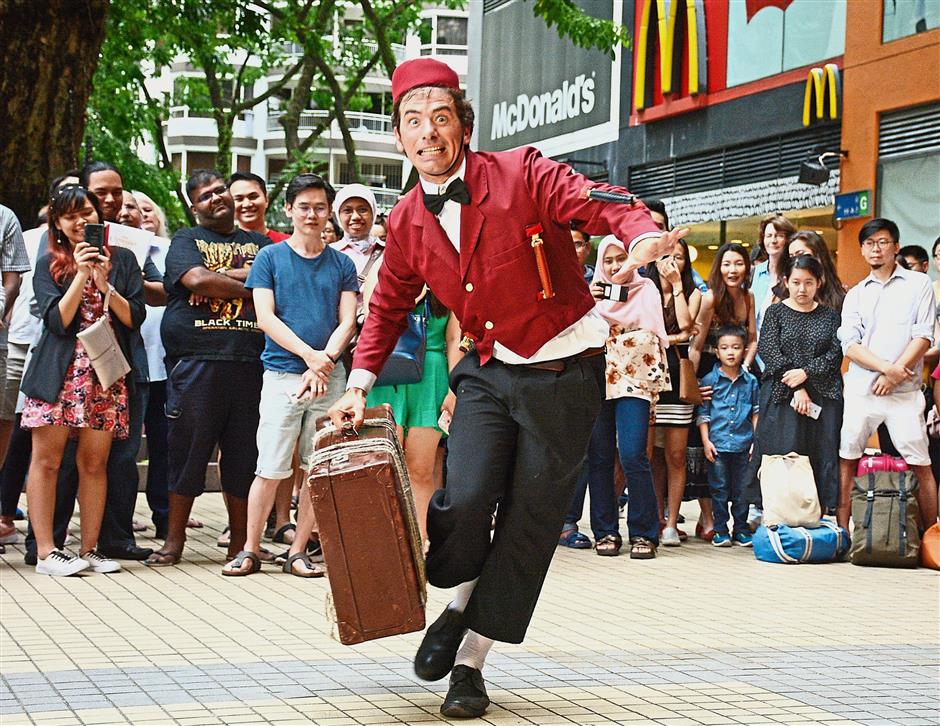 Ciotta drawing smiles with his comical antics in struggling with suitcases in an imaginary 1930s hotel. — Photos: JEREMY TAN/The Star

Such tricks are integral to Daikagura, which is believed to originate during the Heian Period. Earliest mentions of it date back to the 16th century, a time when pilgrimages to shrines were common.

To cater to those who could not make the journey, shrine personnel would take their religious services on tour, incorporating some performances as they walked the countryside.

These were believed to chase away evil spirits and bring luck. Over time, the religious aspect gave way to more emphasis on entertainment.

When Japan’s capital moved to Tokyo, formerly known as Edo, these shows became a much-loved form of entertainment among everyday folk.

Senmaru and Yuki themselves learned the art from a master who was the 13th generation of a family of performers.

They said tricks are easy to learn if one practises enough. To date, the couple have performed in 35 countries over the past 20 years. 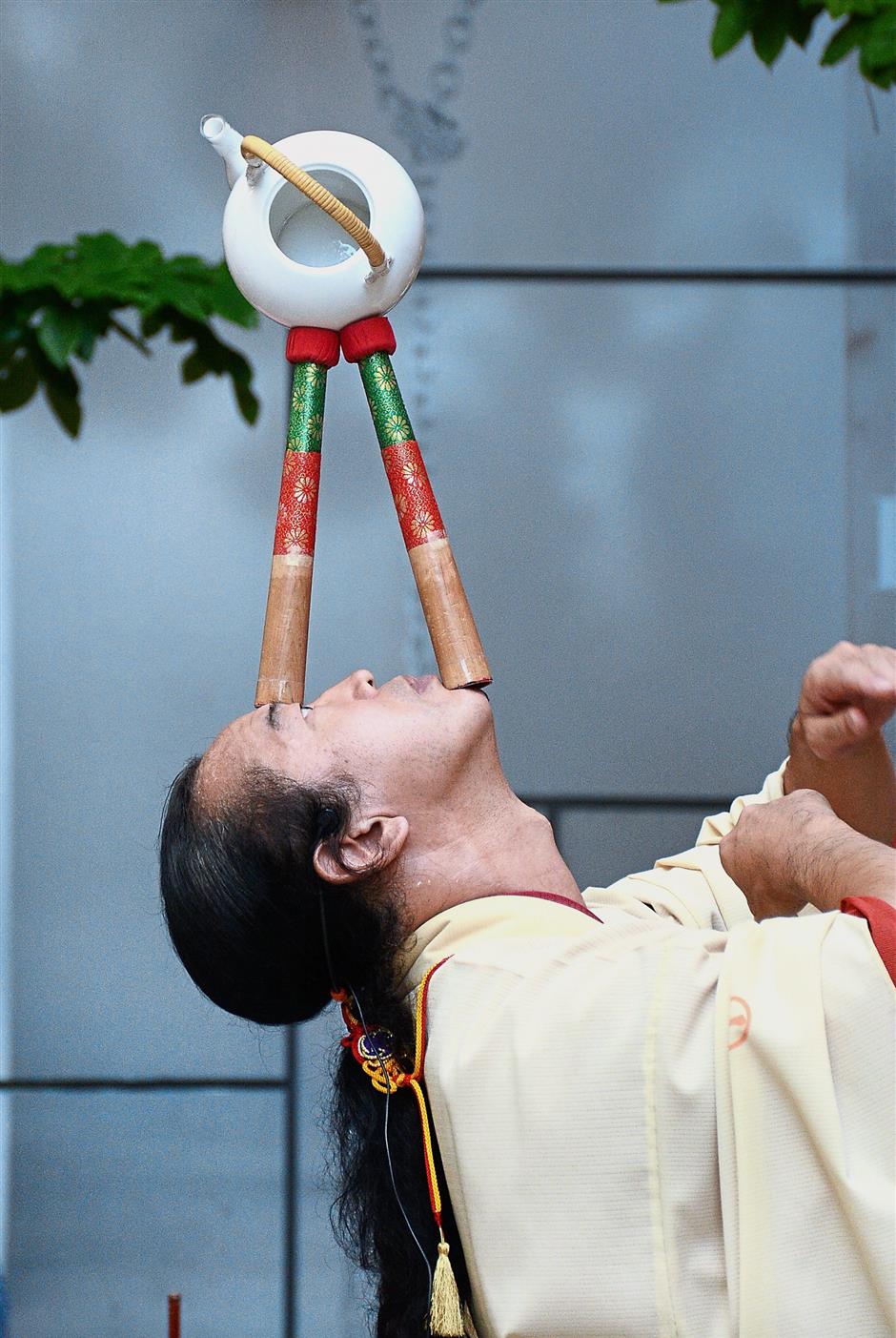 Senmaru displaying his skills balancing a ceramic teapot atop drumsticks.

But this was a first visit to Penang, with Senmaru having also visited Kuala Lumpur back in 2006. The thing they like most about Malaysia is the food.

“The audience was great, but we never imagined it would be so humid. With now being summer time, we thought the show was indoors.

“Come see us in Japan if you can and enjoy our equally hot summers,” quipped Senmaru, with tongue in cheek.

The crowd also enjoyed Luigi Ciotta’s ‘Tutti in Valigia’ (Everything in a Suitcase) show that combined physical theatre with circus trickery.

He likes making comic use of everyday objects, and here, 16 old suitcases took one back in time to an imaginary hotel in the 1930s.

Ciotta, in the role of a porter, fought against the overwhelming chaos created by too many guests and their luggage, and engaged members of the audience to help unravel the mess.

The George Town Festival is being held until Sunday.