Mayor keeps mum on whether he is resigning

Amin Nordin (left), who is seen here having a discussion with Khalid at Menara DBKL, says they have a good relationship. — Bernama

KUALA LUMPUR may see a new mayor at its helm earlier than expected as mayor Tan Sri Mohd Amin Nordin Abd Aziz is said not to complete his tenure that is supposed to end July 18 next year.

Sources told StarMetro that Amin Nordin has been asked to resign from his post and that the Government will announce a new Datuk Bandar for the capital city by the end of the year.

It is learnt that the new federal government wants a replacement who is more open to local government elections to help with the transition towards a more democratic governance.

“Khalid Samad (Federal Territories Minister) wants someone who can work with him towards achieving that goal.

“Zuraida Kamaruddin (Housing and Local Government Minister) has given a three-year deadline for local government elections to be implemented and they are looking for someone who is open towards that,’’ said the source.

The source added that Amin Nordin will most likely be asked to tender his resignation by end of August or September, as he has to give one month notice.

When contacted for comments, Amin Nordin did not confirm nor deny (on his leaving), merely saying that an announcement would be made soon.

“You will be the first to know about it when it happens.

“I have had a good relationship with YB Khalid, and it is easy working with him. It is all good,’’ he said.

The 63-year-old’s two-year contract was due to expire on July 18, 2017, but he was given another two-year extension. Nor Hisham (second from left), seen here distributing ang pow to people who attended an MPSJ Chinese New Year celebration last year, is tipped to be the next Kuala Lumpur mayor. — Filepic

According to DBKL staff, the mayor has lately taken a back seat in DBKL affairs preferring to leave matters such as getting his senior directors to attend events.

This year proved challenging for DBKL and Amin Nordin as it is the first time in its history that a new federal government took over the administration of the country.

In May, Amin Nordin announced the cancellation of nine projects in the city worth RM1bil to cut cost.

DBKL also terminated the sale of 18 parcels of land that had a transaction value of RM1.4bil.

He said they were last-minute deals signed through direct negotiations before the general election and these put DBKL on the losing end.

Amin Nordin started his career in the civil service as a deputy director in the landscaping department in 1978 when he was 22 years old.

Amin Nordin moved up the ranks swiftly, serving as director for several departments before assuming the post of deputy director-general in charge of city administration in 2000.

He is only the second DBKL officer to be appointed mayor after Datuk Ruslin Hasan in 2004.

Barring any unforeseen circumstances, the city’s new mayor will assume office by October.

Talk is that a former Subang Jaya Municipal Council (MPSJ) president may be appointed to the post.

Among the list of names that stand out is the most recent president Datuk Nor Hisham Ahmad Dahlan, who retired last year.

A favourite among the council staff and residents, Nor Hisham was seen as a no-nonsense, proactive council president who preferred a hands-on approach in his work.

He was one of the few who would go down to the ground to investigate a complaint and was often heard saying “We need to walk the talk” to his staff in MPSJ.

Nor Hisham, who served from Dec 2014 to 2017 in MPSJ, is known for being tactfully opinionated about issues but rarely took a step back if he felt strongly about something.

He was particularly interested in eradicating illegal dumpsites and improving the lives of the poor.

His past work experience may also tip in his favour considering he had served as an assistant deputy director for development in the Federal Territories Ministry in 2006 as well as the Gombak district officer from 2012 to 2014.

Nor Hisham has also been known to be vocal about local government elections and has always maintained that appointment or election by merit is vital.

The reappointment of retired civil servants is not uncommon in Malaysia with the latest being Malaysian Anti-Corruption Commission (MACC) chief commissioner Datuk Seri Mohd Shukri Abdull who came back to answer the call of duty earlier this year after a two-year retirement.

Another example is MACC’s former chief commissioner Tan Sri Abu Kassim Mohamed who left to be a consultant at Universiti Teknologi Mara until his mandatory retirement in 2020.

He was recently reappointed by the Pakatan Harapan administration as the director-general of Governance, Integrity and Anti-Corruption Centre (GIACC).

Another person tipped for the job is Federal Territories Ministry secretary-general Datuk Seri Adnan Mohd Ikhsan, a former MPSJ president who served from 2006 to 2011.

Adnan joined the ministry in 2011 after his tenure in the municipality. At the ministry, he spearheads the Federal Territory Banteras Aktiviti Haram (Ops BAH) operation, a multi-agency effort to put a stop to illegal activities.

He has also been actively involved in the Kampung Baru and Kampung Kerinchi development issues, making him a familiar face with the people as well. KL speculates on next mayor 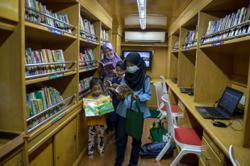