Let the music play on

THE inaugural Penang Hill Festival 2018 received overwhelming response and there are now calls for the event to be staged annually.

State Public Works, Utilities and Flood Mitigation Committee chairman Zairil Khir Johari said he was happy to be part of the inaugural festival.

“I hope this festival will be an annual event to promote greater understanding of our hill.

“This festival managed to bring everyone together to celebrate Penang Hill’s glorious history, natural habitat and cultural diversity, in conjunction with the theme ‘See the Nature. Feel the History’. “I was also told that many have participated in the 28 programmes and activities specially organised for this unique festival,” he said at the closing of the nine-day festival.

Zairil said it was important to preserve the great ecological treasure for the future generations.

“I believe the festival has showcased the lesser known parts of our hill which is important to help us understand each and every aspect of the hill,” he said. 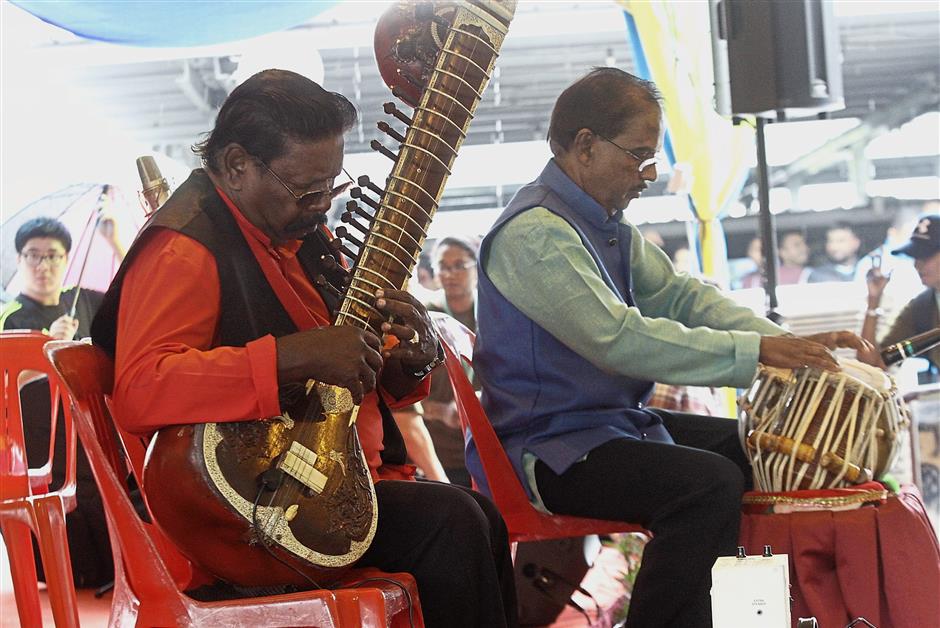 Chandra wowing the crowd with his skills in playing the sitar.

Starting off the show with a guzheng performance was Wilmond Tam who hails from Hong Kong but now calls Penang his home.

He was followed by a Gamelan performance by SMK Permatang Tok Jaya comprising students between the ages of 13 and 16, who had won numerous awards and had performed in Thailand. 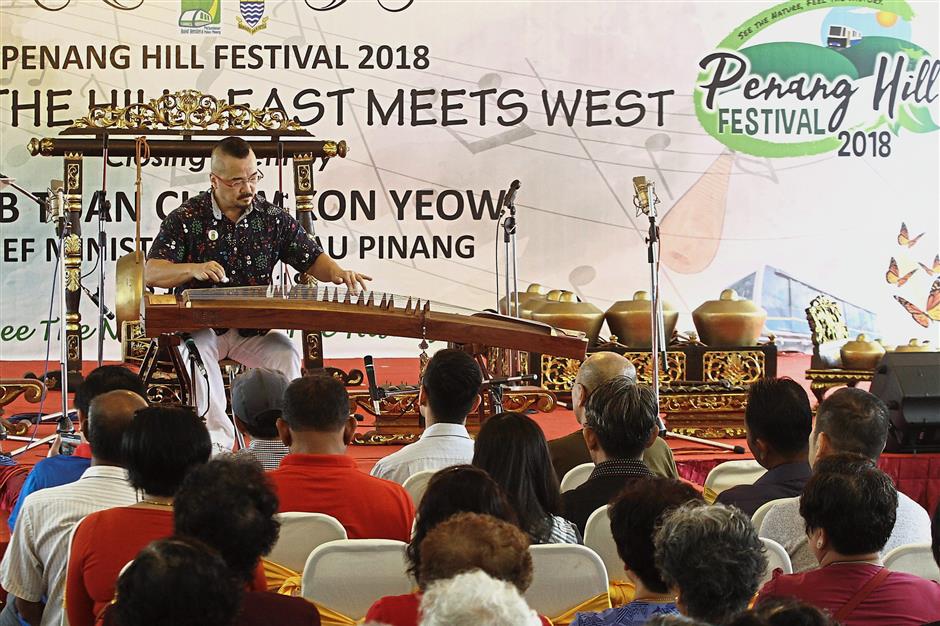 Tam, who hails from Hong Kong but now calls Penang his home, starting off the show with a guzheng performance.

The event was part of the closing ceremony for the inaugural Penang Hill Festival 2018 held over nine days to celebrate the hill’s history, and natural habitat.

“We recorded an overwhelming response and as the organiser, we’re glad to see happy faces out there enjoying the programmes,” he said.