Embracing life through music and dance

Dancer Kuah Lih Yee performing a solo piece to ‘Take Me For What I Am‘.

These were the captivating performances put up by the students of Jean Gan Academy of Ballet and Music during a two-day charity show, “Life Dance Galore 2018”, at Panggung Eksperimen Universiti Malaya.

About 1,000 guests filled the hall during the weekend, showing their support by cheering, clapping along or waving glow sticks during the performances by more than 200 performers.

Dancers performed excerpts of classical ballet acts such as Don Quixote and Waltz of the Flowers.

There were Broadway tap dancing to 42nd Street, an exciting tribute to Michael Jackson and a modern jazz dance to Feeling Good. The Galore Children Choir, parents and former students of the academy also performed songs from the hit musical The Greatest Showman.

According to the academy’s principal Jean Gan, the biennial charity concert was more special this year as her former students, who are now grandmothers or mothers were involved in the show.

“There are three generations of performers. Some of my former students who performed had not danced in more than 10 years,” she said, adding that the charity concert was more like a big party not just for the performers, but also for parents watching.

She said the show would not have been possible without the help and dedication of her committee who have been with her on her journey for more than 30 years. A tribute to the late King of Pop was among the many captivating dances choreographed to hit tunes. — Photos: ART CHEN/The Star

Gan added that she was glad to see children and parents alike embracing the beauty and passion of dance and music; more importantly, they were using this platform to give back to society.

Performers this year ranged from two and a half years old to their 70s.

The charity concert this year also featured a special song, Life, with lyrics carrying the message of hope and aims to instil strength in people.

The song, in English and Cantonese versions, was written, composed and performed by Gan’s twin daughters, Chan Kai Chee and Kai Leng.

It was produced and arranged by renowned Hong Kong musician and producer, Andrew Tuason who had also produced for Hong Kong superstars like Jacky Cheung and Andy Lau. 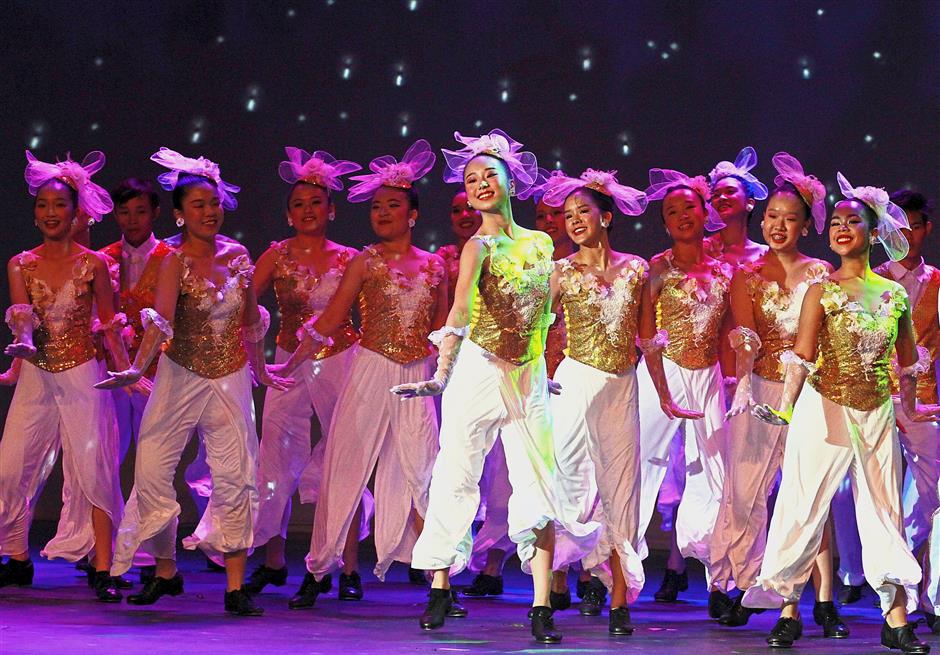 Performers of the Life Galore Dance 2018 charity concert were all smiles and full of energy.

Entrance to the event was by donation.

Proceeds were channelled towards supporting young patients in need of surgery through Yayasan Sin Chew, and Taman Sinar Harapan, a home for the mentally challenged at Kuala Kubu Baru.